A couple of years ago, Eric from YouTube channel Iraqveteran8888 conducted one of his popular meltdown tests—in which he runs a gun on full-auto until it can’t run anymore—on a VEPR AK-74 5.45x39mm rifle converted by Definitive Arms. He fired 799 rounds of primarily Wolf HP 60 grain ammunition before experiencing a failure. The failure was attributed to the bolt getting gummed up by the Wolf lacquer primer sealant. 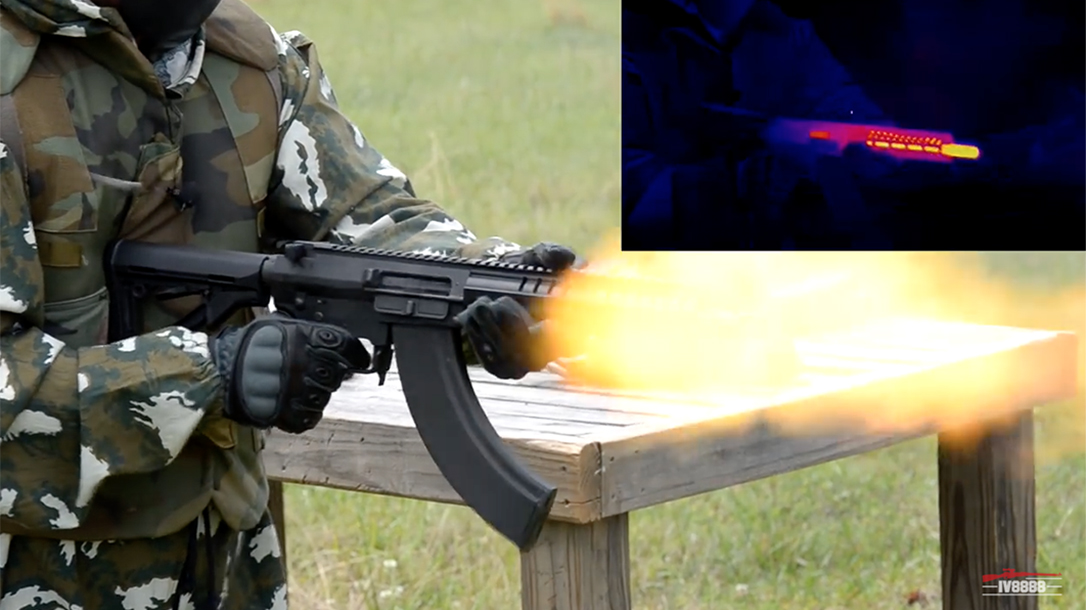 Recently, Eric decided to do another AK-74 meltdown using the exact same rifle. The difference this time is that he elected to go with military issue 7N6 ammunition. The result? The gun stopped running after 692 rounds. Why? The barrel failed; a bullet exited the side of the barrel right before the gas block.

In the video above, Eric and fellow YouTuber Tim from the Military Arms Channel—clad in an original “Red Dawn” prop smock—break down exactly what went wrong and why.