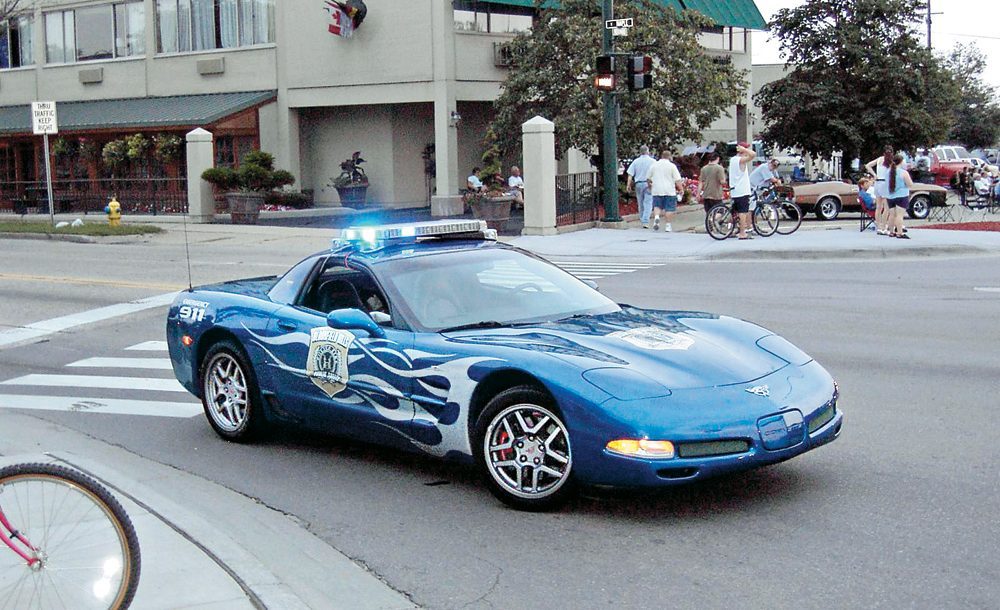 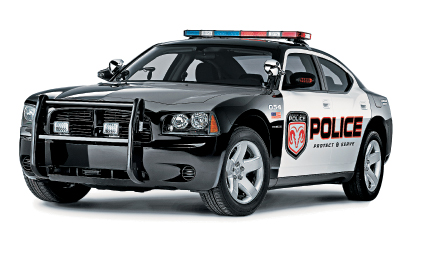 The American perception of the police car will forever begin with Ford’s venerable Crown Victoria Police Interceptor. The CVPI has everything that defines an American G-ride: a back seat for perps, enough steel to make it like an I-beam on wheels, and a snarling V8 to launch at the bad guys. As a friend of mine puts it, “The 0-60 [mph] is only so-so but, for what it is, 70 to 100 is spectacular.”

The key phrase is, “… for what it is…” While surprisingly quick for a four-door sedan, the big cruisers are seriously outgunned when compared to modern high performance cars. In my circuit, there were several cars that handily outran local law enforcement. For a number of police pursuits, there simply isn’t a police car that can keep up. 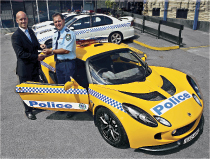 That’s changing. With the resurgence of street racing, fueled by movies—I can’t make myself call it a ‘film’—such as the Fast and Furious franchise, it’s become increasingly important to field patrol vehicles that are intimidating enough to deter people from running and fast enough to stage a serious pursuit if that choice is made.

Fighting Fire With Fire
Some agencies throughout the world have focused more on the public relations side of matters, combining both intimidation and a “coolness factor” of high-end cars to reach out to the street racing crowd and bring them back into the fold of lawful driving. Take, for example, the Lotus Exige patrol car loaned to the Bankston police in New South Wales. A follow-up to a similar program in the UK, Lotus lent an Exige to the Norfolk Constabulary. The turbocharged 4-cylinder Exige weighs next-to-nothing and will zing to 60 mph with the same feel as a launched rubber band. I wouldn’t want to PIT (pursuit intervention technique) anyone while driving an Exige, but then again, I wouldn’t want to be the poor suspect trying to out-corner one, either.

Similarly, Ferrari provided a special liveried 612 Scaglietti HGTS (as in, “Handling GTS package”) for the UK leg of an international Ferrari relay that spanned the globe in 2007, celebrating the 60th anniversary of Enzo Ferrari’s first car. Although it’s unlikely the light-bar-equipped Scaglietti stepped out of the caravan long enough to pounce on any stray speeders, it was used to help promote the UK’s “Think” campaign on road safety, and doubtless, it was an attention-getter.

More Turbo-Charged Cruisers
Germany focused the road-safety issue more narrowly when they christened the “Tune it Safe!” program. While it’s difficult to overshadow the passionate lines of the Italian Stallion from Modena, the Germans simply applied the customary Teutonic approach to the problem and came out with a pair of efficient, relentless, bestial machines. The first year of the program was accompanied by the introduction of a TechArt-modified Porsche 911 Carrera S. Well-appointed with green Polizei markings and the obligatory light bar, it also has a body kit intended to stabilize the car as it nears its 186 mph top end. Sixty is achieved in a mere 4.5 seconds—about a half-second slower than the Mercedes that screamed along the following year. Tuned by German “supertuner” Brabus, the Mercedes CLS Rocket is aptly named. Instead of the flat-six of the 911, the CLS comes with a potent V12. Not content with merely beating their competition from Stüttgart, Brabus decided to pound the TechArt Porsche by adding a pair of turbochargers that brought the engine’s output to some 730 horsepower and the top end to a click over 229 miles per hour. Not bad for a sedan.

500-Horse Rapid Responder
None of these got the chance to chase down a crook but one exotic has—the Lamborghini Gallardo used by the Italian Carabinieri outside of Rome. Equipped with all the latest high-tech equipment and motivated by a V10 pushing 500 horsepower through AWD, the Gallardo not only pulls patrol duty but it’s also used as a high-speed transport for organs. One of the arguments in favor of the Gallardo is that its great speed makes it an excellent rapid-response vehicle. Severe crashes where seconds count, and its life-saving equipment (such as a defibrillator) has made the difference between life and death. No word on how the light bar affects aerodynamics as it nears 200 mph.

For those of us in the USA, exotics are usually limited to the occasional seized vehicle with “Courtesy of Your Local Drug Dealer” painted tauntingly on the back glass. The good news is that even though the rear-wheel-drive sedan is still standard, the CVPI has been getting progressively more powerful, likely in response to the challenge issued by Dodge’s Charger.

In 2009 trim and an optional Hemi, the Charger kicks out just less than 370 horsepower, in a high-sided, solid-looking package whose headlights squint menacingly at all comers. In places where ramming, going off-road and the ubiquitous PIT maneuver are par for the course, that split-second decision initiated by blue lights when the suspect chooses to floor it, you can almost hear the Charger whisper, “We can do this the easy way, or the hard way.” 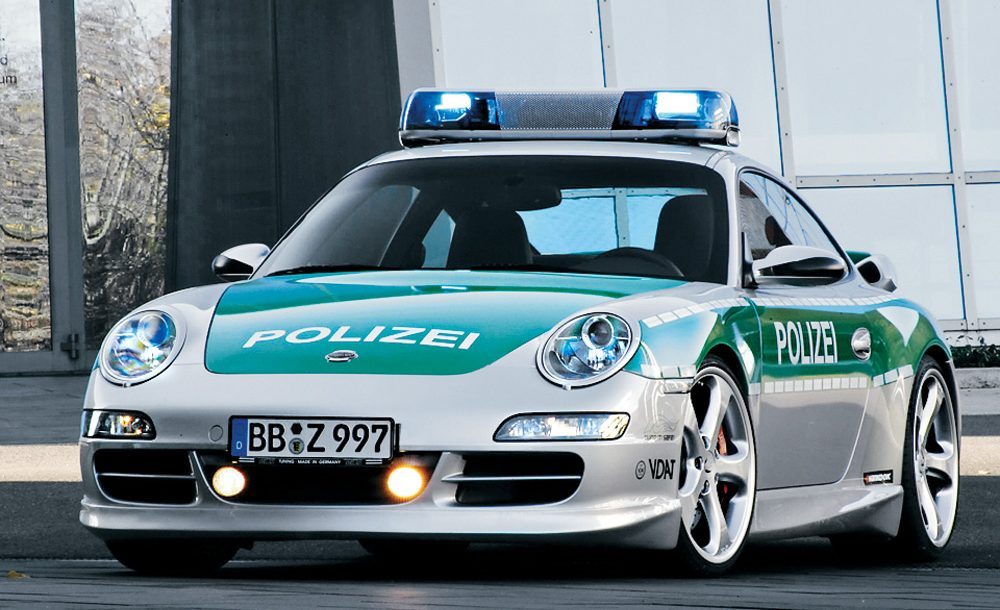 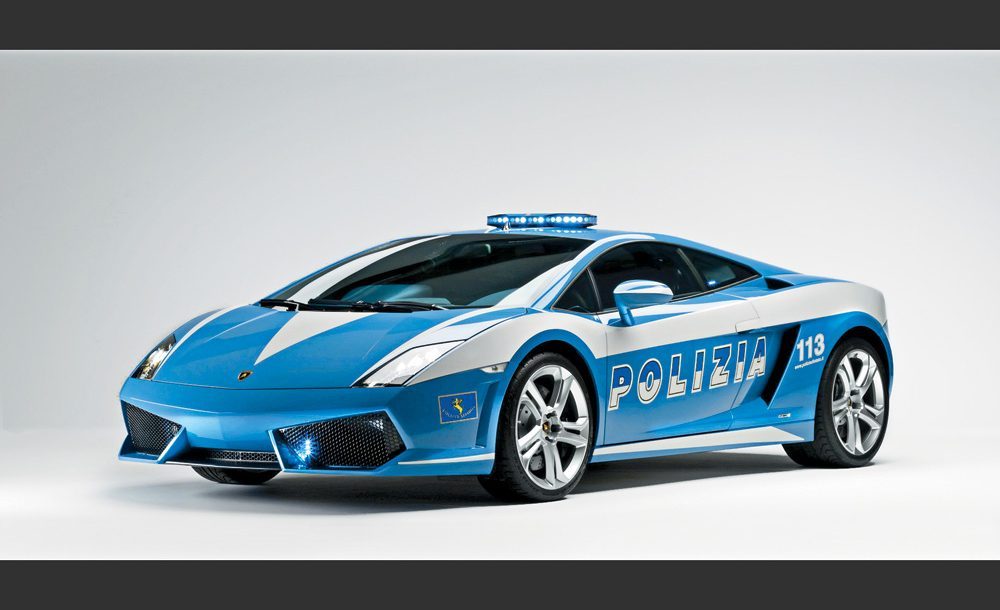 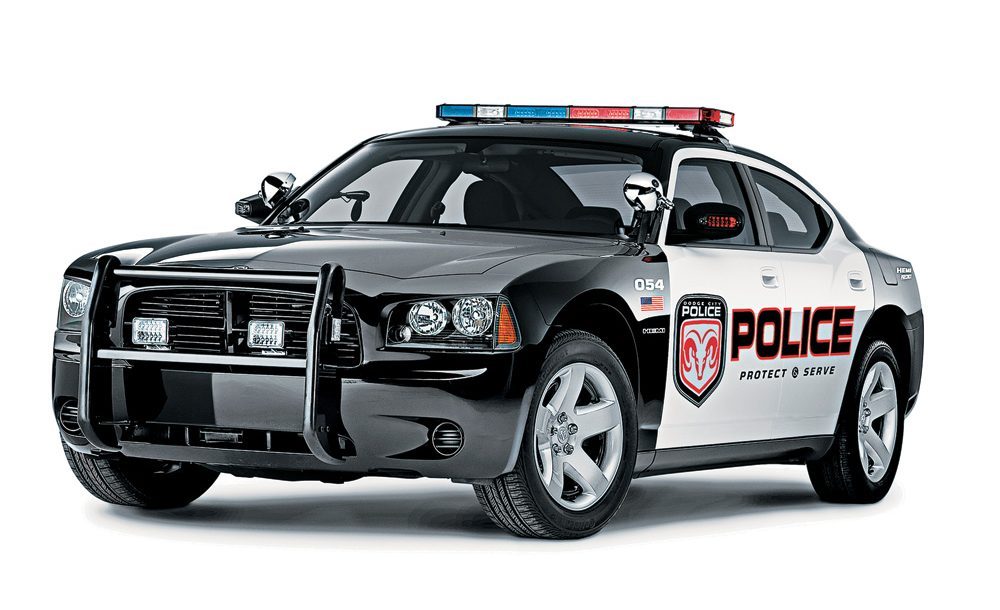 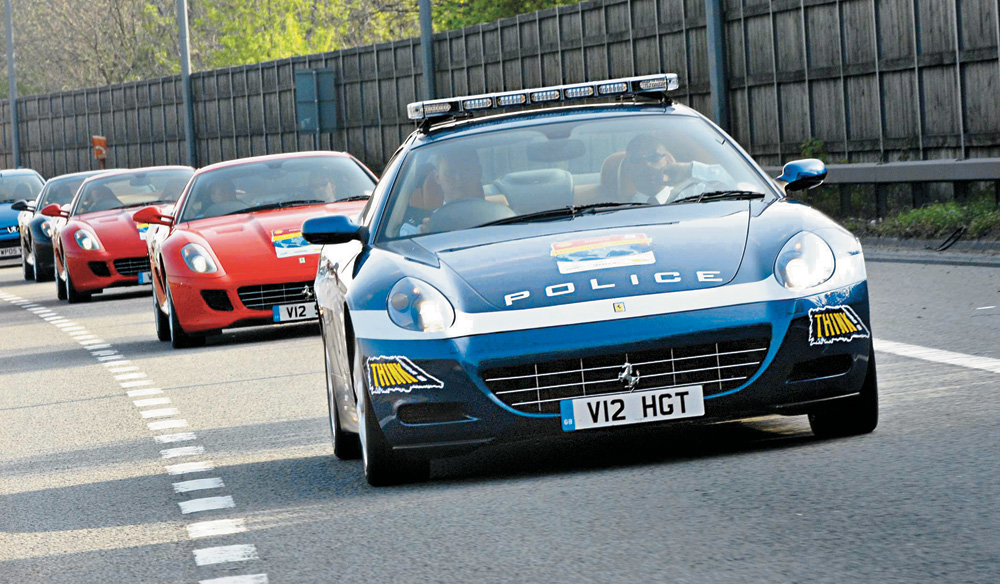 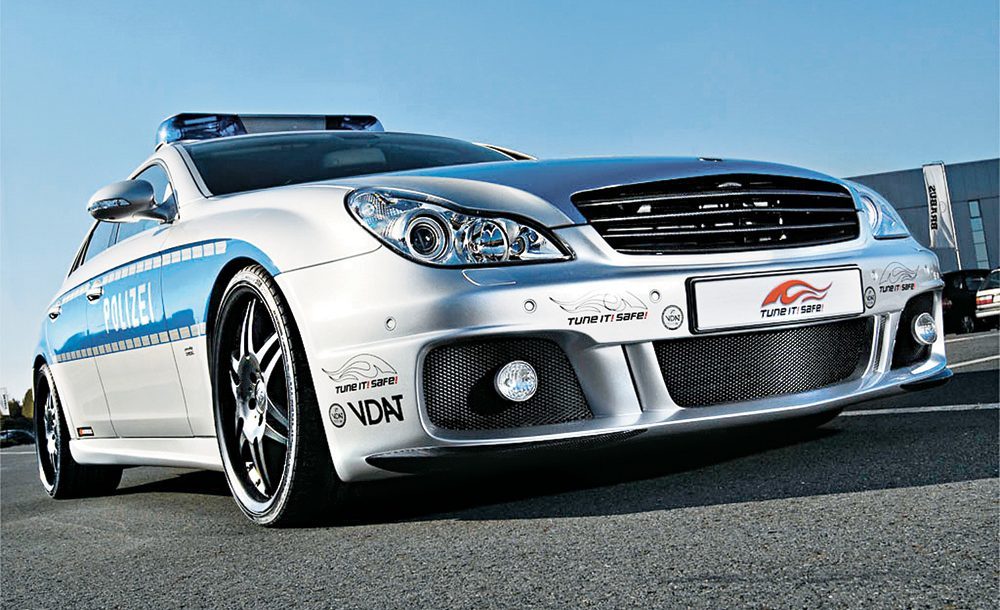 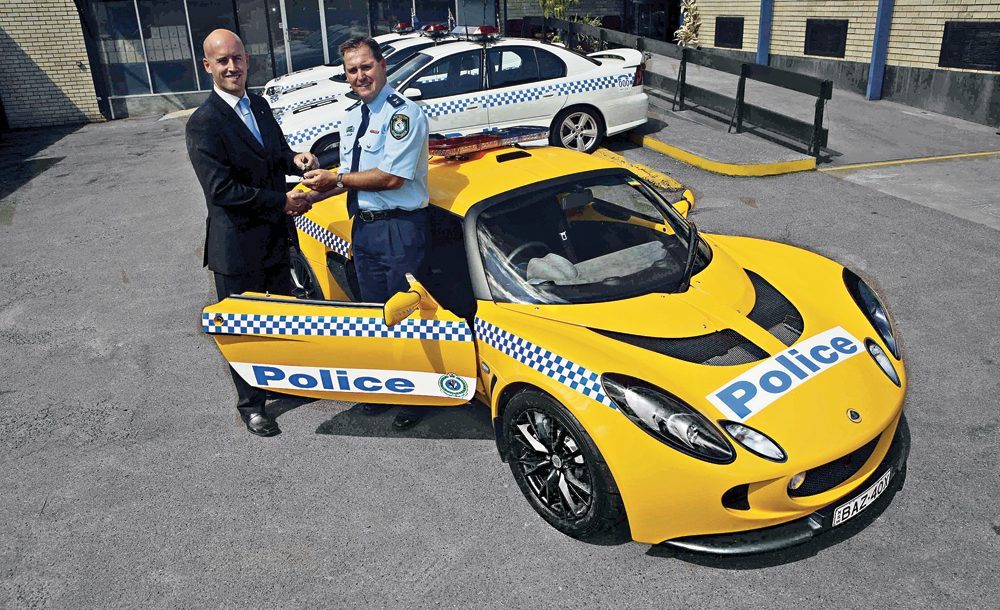 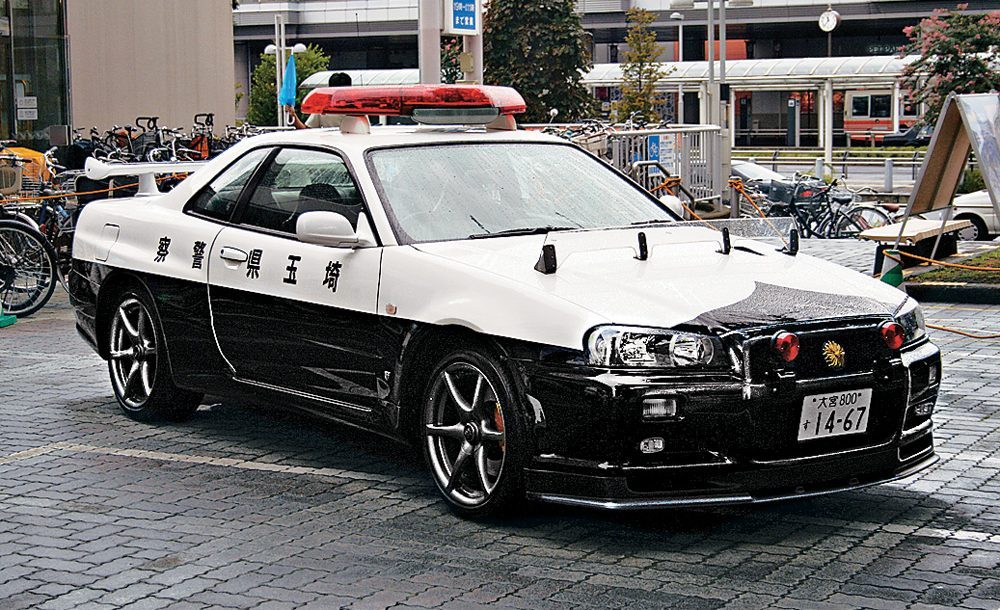 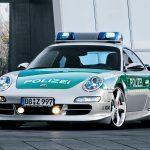 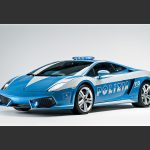 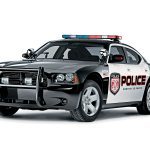 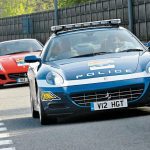 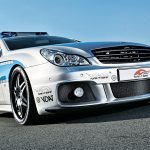 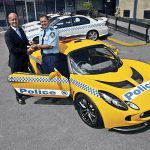 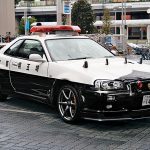 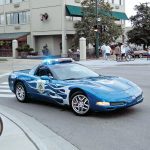 View new shotguns and gear that caught our attention in the Tactical Weapons September...