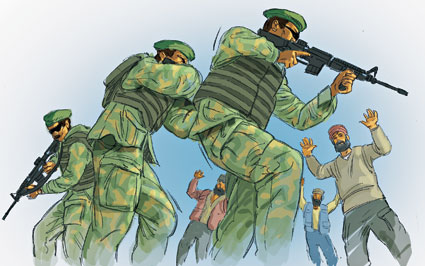 In March, 2009, an early morning search of a compound by Afghan National Arm commandos and Coalition forces was conducted after they had received credible intelligence from the local Afghan population that the compound served as a meeting center for violent extremists known to have planned criminal activity against civilians and government targets.

The commandos, feared by the Taliban for their reputation as well-trained and high disciplined, caused the criminals to submit immediately during an unexpected entry by these Afghan troops. An investigation revealed that the parties captured were 19 bomb-makers who planned, assembled, and detonated lethal devices in public areas, a part of the Taliban’s auxiliary networks. The insurgents were detained without a shot being fired.

“As always, the performance of the Afghan commandos was stellar as they removed 19 murderous brutes from the district,” a Coalition spokesman reported. “The Taliban bomb makers represented a very real threat to the safety of the people of Ghazni, and now the threat from this sinister cell is neutralized.” 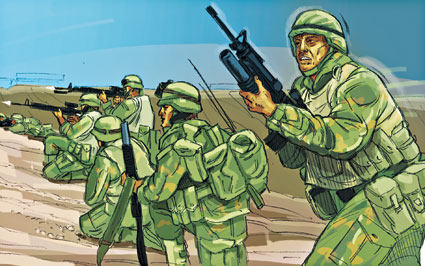 In March, 2009, an early morning search of a compound by Afghan National Arm…