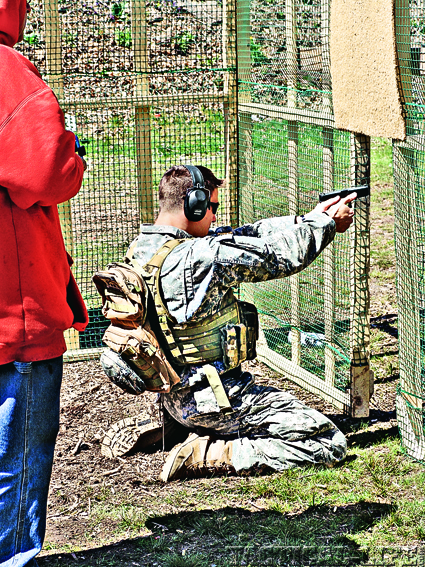 The winning USMA Team used their weapons skills to narrowly beat out the Mids and Coast Guard Cadets. Each of the eight events was designed to stress each competitor, forcing every shot to be unique and challenging. The young combat leaders freely admitted that although this was a tough competition, it was the best kind of training to prepare for the real world.

For our great nation to survive, every generation needs to have men and women combat leaders willing to step up and defend our liberties. America trains these young professionals in leadership and the combat arms at the national service academies to provide them with the skills and ability to lead others against the threats to national security. At the JSACWC (Joint Service Academy Combat Weapons Competition), I was fortunate to be in the company of these motivated and dedicated future leaders who can put rounds on target, at the right time for the right reason. They are training to be not just good warriors, but the men and women who will be effective leaders of American warfighters.

More than 45 cadets from the U.S. Military Academy at West Point, the U.S. Naval Academy at Annapolis and the U.S. Coast Guard Academy at New London participated in the 2010 JSACWC. The event was hosted at the Hartford Gun Club in East Granby, CT and sponsored for the fifth year by Smith & Wesson Corp. Other key sponsors included the National Shooting Sports Foundation, Brownells, Plano Molding, Aimpoint, Trijicon, Emerson Knives, Taylor Cutlery, Otis Technology, Mike Gibson Manufacturing, Insight Technology and others in the shooting sports industry.

An Inter-Service Tradition
Although producing some of the best engineers in the country, the service academies also have produced some of the bravest, most decorated and notable warfighters in American history. Fleet Admiral Chester Nimitz, Vice Admiral James Stockdale who was an F-8 pilot directly involved in the Gulf of Tonkin incident, a defiant P.O.W. for seven years and a Medal of Honor recipient, Navy SEAL and Commander of USSOCOM (and Bullfrog) Admiral Eric “Thor” Olson, General Robert E. Lee, General Ulysses S. Grant, General Dwight D. Eisenhower, General George S. Patton, General Norman Schwarzkopf and legions too numerous to list were warrior graduates of the academies. 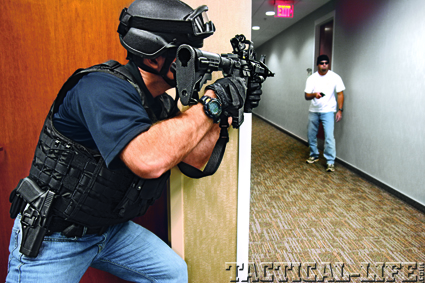