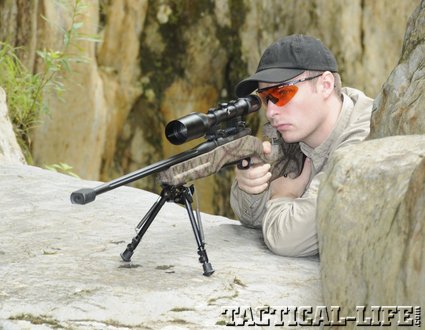 It’s not a big .50 BMG, but the Weatherby Mark V TRR and their .338-378 load can blow the socks off anything else at ultra-long range

Rifle shooting seems to go in phases in America, and right now it’s long-range shooting’s time to shine. American shooters are fascinated with the concept of reaching out and smacking targets so far away that they clang with a different accent.

It wasn’t so long ago that we thought 500 yards was “long range.” Then 1,000 yards became the new normal. Now it starts getting interesting for a lot of shooters at 1,500 yards.

In recent years the .338 Lapua has emerged as the premier long-range sniper rifle cartridge. That’s because for shooting at ultra-long range, 1,000 yards and beyond, many believe it’s the cartridge that best achieves balance. 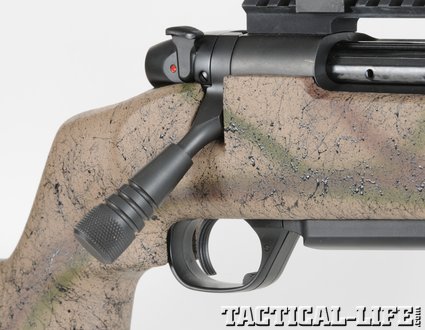 The .50 BMG is not much fun to shoot for extended periods of time with all the blast and recoil. I have seen the muzzle brake on a fifty clear a shooting bench, even send a chronograph flying. Once I witnessed ammo boxes being blown off the bench along with a bag of potato chips turned into airborne confetti. That kind of blast level can wear on a shooter after multiple shots.

On the other end of the sniper cartridge spectrum is the .308 Winchester, which is running out of steam at 1,000 yards and is completely outclassed at 1,500 yards. The Lapua splits the difference and has proven that a big, heavy, high B.C. bullet is the key. Most .338 Lapua rifles weigh less than 20 pounds so they are easily transported. With that weight class and a good muzzle brake, the .338 Lapua is easy on the shooter with mild recoil and muzzle blast.

The .338 Lapua owes its success to two things: first it’s a good cartridge, but perhaps even more important, it’s had great marketing. Of course it doesn’t hurt that the .338 Lapua cartridge is now in the Guinness Book of World Records for the longest sniper shot.

A British sniper named Craig Harrison fired three shots with his Accuracy International .338 Lapua rifle during an altercation in the sandbox. The first round hit a bad guy running a machine gun and killed him. Another insurgent stepped up to the machine gun and a second bullet killed him. The third shot took out the machine gun. The distance was measured by GPS at 2,707 yards or 1.54 miles. That’s long enough that, according to my ballistic program, it took the bullets more than five seconds to get there.

The main reason that the .338 Lapua has become so popular is because the military is using it for long-range work. Selection by the military will all but guarantee the popularity of any cartridge. Note the four most popular sniper rifle cartridges, the .308, .300 Win, .338 Lapua and the .50 BMG. They are all popular because the military uses them. But other than the .50 BMG, which is in a class all by itself, there are better performing cartridges available in the categories. They fail to achieve the degree of success, not because of any technical reason, but because of the military connection. But civilians are not bound by military selection and we can pick the cartridge that works best, not the one that some politicized General says we must use.

The .338 Lapua was developed with the 250-grain bullet in mind. Lately there is a move to 300-grain bullets, but at least for now the 250-grain is still the cartridge standard. Federal’s most popular .338 Lapua load uses a 250-grain MatchKing bullet with a peak B.C. of 0.606 and a M.V. of 2,950 fps. While that’s a respectable muzzle velocity, there is at least one commercial cartridge capable of driving the same bullet even faster, the .338-378 Weatherby. 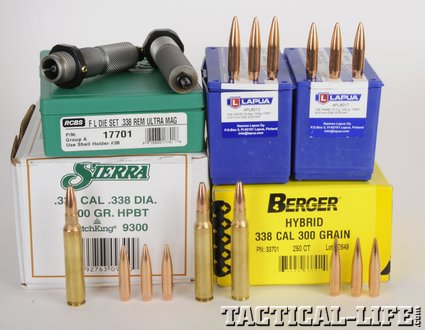 The .338-378 uses the .378 Weatherby case necked down to take a .338 bullet, resulting in a sizeable cartridge with a 20-percent increase in case capacity

Like all the Weatherby rifle cartridges, the .338-378 was developed for hunting. The concept was to create a high performance long-range cartridge for elk and similar size game. But, long range shooting is long range shooting regardless if the target is an elk or a steel gong. The only requirement is simply that the rifle delivers a bullet to the target. If there is a cartridge that gets it there faster and hits the target harder, then where is the downside?

The .338-378 Weatherby cartridge uses the .378 Weatherby case, necked down to take a .338 bullet. That means it is a whopping big cartridge case. The .338-378 Weatherby case holds 137 grains of water compared to the .338 Lapua, which holds 114 grains of water. That’s about a 20 percent increase in case capacity. More capacity means more propellant and more propellant means higher muzzle velocity. While the laws of diminishing returns start to apply with this big case, it still can push the same bullet substantially faster than the Lapua. That means the bullet gets to the target faster, retains more energy and has a flatter trajectory curve.

Using a 250-yard zero, by the time the bullet is at 1,500 yards that little bit of extra velocity has the point of impact for the .338-378 at 73.19 inches higher than the .338 Lapua. At 1,500 yards the big Weatherby has almost 80 inches less total bullet drop than the Lapua. Another big issue at ultra-long range, one that is often not considered by most shooters, is retained energy. All cartridges are dropping to low energy levels at 1,500 yards. For example, the .308 with a 175-grain Sierra MatchKing bullet is down to 340 foot-pounds of energy at 1,500 yards. That’s about the same as a 9mm pistol at the muzzle. 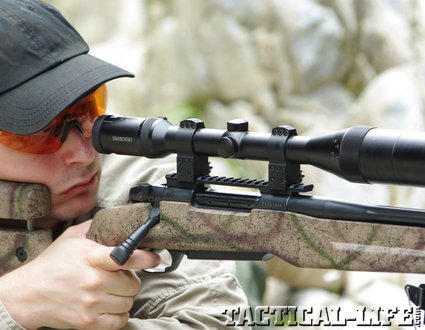 There is no question that assuming equal accuracy, the .338-378 Weatherby deserves consideration by the long-range shooting crowd and that it can surpass the performance of their current darling, the .338 Lapua.

The problem was that until now you could only find the .338-378 in a hunting style rifle. If you wanted it in a tactical, long-range configuration you had to have it custom built. But that’s changed.

Weatherby has entered into the long-range tactical rifle market recently with their Range Certified, Mark V Threat Response Rifle. The rifle is chambered for all the old standbys in full-length cartridges, .300 Winchester, .300 Weatherby and .30-378 Weatherby. That last cartridge can do for the 30-calibers what the .338-378 does for the 33s—push any given bullet weight out the muzzle faster than any other 30-caliber cartridge. The rifle is, of course, offered in .338-378 Weatherby and, new for 2012, the .338 Lapua.

The rifle features a Krieger barrel with cut rifling. It’s a #3 contour 26-inch fluted barrel with a big muzzle brake fitted on the end that has five slots on each side. The twist rate is 1:10, so the rifle can use bullets weighing 300 grains. The barrel is fully free-floated clear back to the action.

The camo stock has a flat-bottom forend to sit well in sandbags, as well as a metal slot for a swivel stud to attach a bi-pod. This slot allows 9 inches of adjustment for the stud placement. The stock has an adjustable comb that is locked securely in place with two Allen head screws. The stock is adjustable for length of pull with removable spacers from 13.25 inches to 14.75 inches. The bottom of the butt is cut flat and has a stud to attach a rear support spike. The pistol grip is large and drops almost straight down to position the hand behind the trigger.

The bolt has an extended oversize knob. The push feed bolt has a spring-loaded plunger in the face for an ejector and a pivoting, spring loaded extractor fitted to the bolt.

The bolt is classic Weatherby Mark V with nine locking lugs. This means a shorter 54-degree rotation to open the bolt, which makes it faster to operate. The Mark V uses a full-size, fluted bolt body running inside the tubular action. There is no binding and it runs smooth. The bolt head is actually smaller than the bolt body. According to a Weatherby representative, that is why they do not use a removable box magazine. 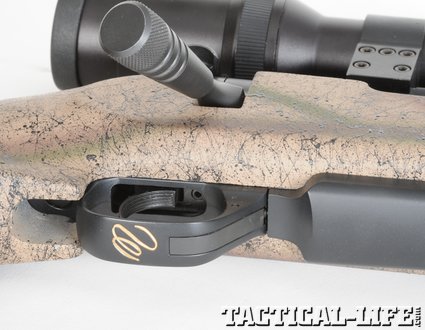 Not having a removable box magazine is one of the few criticisms I have of the rifle. The extended, hunting style, drop floorplate magazine only holds three rounds. It’s also a bit slow to reload as the loaded cartridges are longer than the loading port, so they must be put in point first and then moved back to position as they are pushed down into the magazine.

There is a large two-position safety on the right side of the action. It rotates forward for fire and back for safe. The trigger on my sample breaks cleanly at 3 pounds, 3 ounces.

I ordered a rail style scope mount from Evolution Gun Works, Inc. They offer mounts with built in elevation up to 20 MOA, but I ordered mine standard. I fitted the gun with a Swarovski 6-24×50 scope (swarovskioptik.us). The clear optics and reliable repeatability of the adjustments make this a good choice for this rifle. 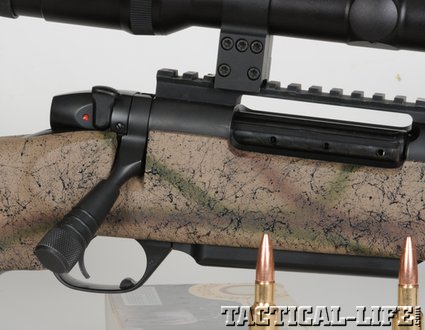 The Weatherby .338-378 was developed to create a high-performance cartridge for hunting monster bull elk and similar big-game species at long range

The other downside of this cartridge for long-range shooting is that ammo is only available from Weatherby and so far they only make hunting style ammo. It’s available in three configurations; a 200-grain Nosler Accubond bullet at 3,380 fps muzzle velocity. This bullet has a B. C. of .414, which is not horrible, so it can work pretty well for long-range work. The next load has a 225-grain Barnes TSX bullet with a muzzle velocity of 3,180 and a B.C. of .482. The final load is a 250-grain Nosler Partition bullet at 3,060 fps with a B.C. of .482. I was only able to test the first two in my rifle as the Partition load was out of stock. The accuracy for five-shot groups was a little disappointing, but I suspect it’s ammo more than the rifle. To make this rifle perform for long-range work, both in accuracy and in exterior ballistics, is going to require handloading. But, then again, anybody serious about precision shooting is likely going to handload. My guess is the 250-grain and 300-grain bullets that are offered will really make this gun step up and shine. The 250-grain can be driven to 3,072 fps according to Hodgdon. The 300-grain Sierra will exit at 2,818 and is an even better performer at ultra-long range than the 250-grain, due to the ultra-high ballistic coefficient.

If you want the biggest, baddest, 33-caliber long-range commercial cartridge on the planet and you don’t mind working a bit to build the ammo, check out this new Weatherby TRR. It can blow the socks off anything else at ultra-long range. For more information, visit weatherby.com or call 805-227-2600. 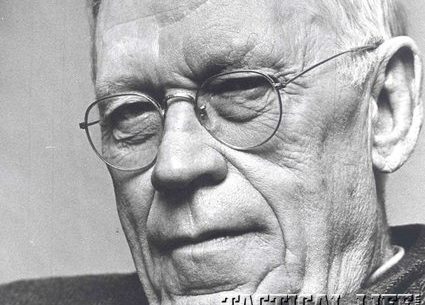