0
SHARES
509
VIEWS
Share on FacebookShare on Twitter
The UPR stock manufactured by Mike’s Guns is ergonomic, solid as a rock and has one of the best folding mechanisms available.

One of the true values of government contracts is the technology that is developed to meet them. The firearms industry is no exception. One needs to only look as far as the M16 to see the results of the government replacing a weapon system, which has spawned one of the largest sectors of the tactical firearms market. This has been true for almost every request the government has made when it comes to weapons, accessories, optics, or anything that goes on a weapons system. 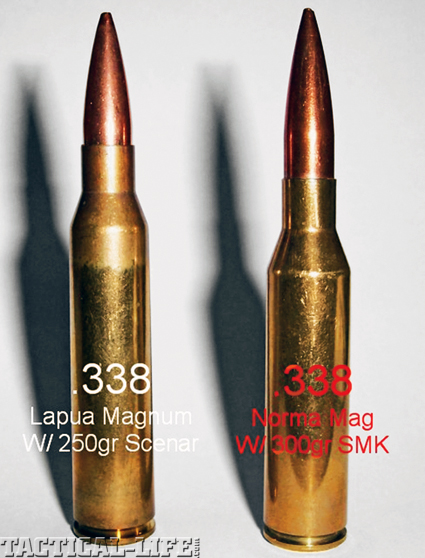 The .338 Norma Mag is optimized for the 300-gr. SMK bullet. The change in case length and allows for proper seating and maximum use of the appropriate powder in the longer bullet.

The PSR contract is the government’s submission for a Precision Sniper Rifle. Although the M24 and M40 are in inventory, a larger caliber rifle reaching out a bit farther was required, 1,500 meters to be exact. Current calibers, other than .50 BMG, run out of gas at 1,200 yards. What USSOCOM wanted was a rifle that could interdict soft targets out to 1,500 meters (1,640 yards). You needed a bigger bullet, and the original Draft Performance Specification issued in 2009 requested a .338 caliber variant. Under Type 4-n-PSR it states it is “caliber specific to .338 Lapua Mag, .338 Norma Mag or other common, commercial .338 calibers.” There are many other aspects of this contract, to include the scope, stock, suppressor—just about everything that attaches to the system. But the bullet size at least was initially set. Since its inception the contract has continued to change a bit, but the current contract still requires the ballistics of the .338, and most likely a 300-grain bullet.

A number of innovations in the long-range tactical rifle world—to include guns that switch barrels and calibers, folding stocks, and scopes—have come out of this. 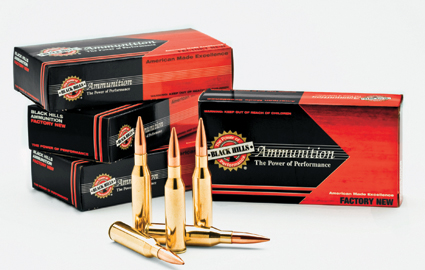 Black Hills Ammunition has been the leader when it comes to factory ammunition. They have been producing excellent load designs specifically to meet PSR requirements. From 1,500 yds, the author was able to shoot a 8.25″ group.