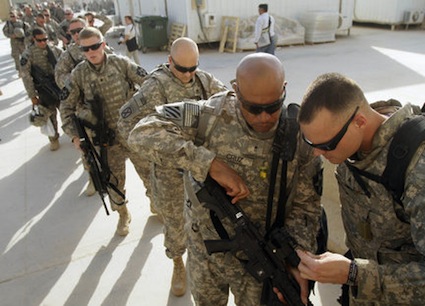 Image: AP File Photo; U.S. Army soldiers from 4th Brigade, 2nd Infantry Division, clear their weapons before boarding a military aircraft last week in Baghdad as they began their journey home. These soldiers are part of the last brigade of combat troops that are now leaving Iraq, heading home as part of the U.S. drawdown of forces.

Drawdown plans announced by the U.S. and more than a dozen other nations will shrink the foreign military footprint in Afghanistan by 40,000 troops at the close of next year, leaving Afghan forces increasingly on the frontlines of the decade-long war.

The United States is pulling out the most – 33,000 by the end of 2012. That’s one-third of 101,000 American troops who were in Afghanistan in June, the peak of U.S. military presence in the war, according to figures provided by the Pentagon.

Others in the 49-nation coalition have announced withdrawal plans too, while insisting they are not rushing to leave. Many nations have vowed to keep troops in Afghanistan to continue training the Afghan police and army in the years to come. And many have pledged to keep sending aid to the impoverished country after the international combat mission ends in 2014.

Source: Deb Riechmann and Slobodan Lekic for The Associated Press via Stripes. 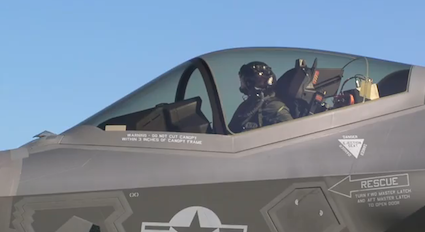