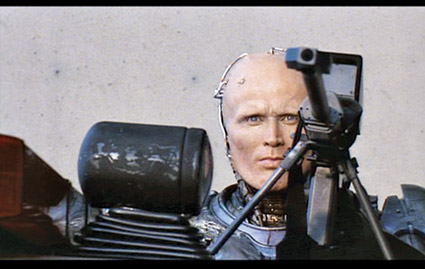 Hollywood loves Barretts. We can tell, because since they made their big screen debut in 1987’s Robocop, we’ve seen Barrett’s big .50 semi-auto involved in movie and TV action like clockwork. Recently we’ve seen the Model 82A1 in the hands of Metropolis Police in Superman Returns, blowing up graveyard plane wrecks for target practice in Jurassic Park 3, taking out drug dealer’s cars in Miami Vice and even hand-cycled (for some unknown reason) in 2007’s Shooter with Mark Wahlberg. The weapons rental houses of the film industry are busy year-round supplying M107s and Model 82A1s in various configurations.

While California’s writers, producers and directors love the big Barrett, the State of California doesn’t. When the “powers that don’t know much” banned the semi-auto in their infamous assault rifle ban in 1993, Barrett responded with the bolt-action Model 99. Last year, when the state got around to banning every .50-caliber rifle, Barrett had already created the .416 Barrett, a new caliber for the Model 99 single-shot, bolt-action rifle. 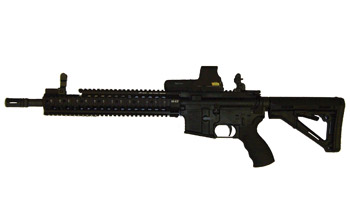 Hollywood loves Barretts. We can tell, because since they made their big screen debut…