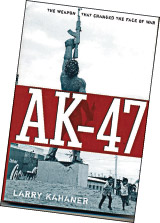 AK-47: The Weapon That Changed The Face of War
By Larry Kahaner

It is obvious from the start that the author of this book lacks any formal background in firearms. What he does have is a total awe of the Russian AK-47 assault rifle. Granted, the AK-47 is a very durable weapon that has been made in mind-boggling numbers. It was also originally given away practically for free to anyone who promised to be a thorn in the side of the West.

Despite the fact that Mikhail Kalashnikov refused to be interviewed for the book, the author has done a very good job of tracing the basic history of the weapon. My problem with AK-47 is that Kahaner has about 80% of his facts straight, with the other 20% far off base. Case in point, his statement that a South Vietnamese Army—armed with M-14s—was defeated by a Viet Cong unit armed with AK-47s in 1963 at Ap Bac. To the best of my knowledge, no South Vietnamese unit was ever armed with M-14s. What they would have carried was a mix of WW II-vintage M-1 Garands, BAR’s, and M-1 Carbines. Nor would the Viet Cong have received the AK-47 at this early date. They, in turn, would have been issued a hodge-podge of captured French, American and obsolete Soviet-bloc weapons. The author makes it very clear he considers the M-14 a totally inadequate weapon when matched against the AK-47. I’m not aware of any M-14-equipped U.S. unit that was ever defeated in battle for this reason. In actual fact, many infantrymen were very reluctant to give up the M-14 when it was replaced with the M-16.
If you’re an AK-47 buff, it’s worth a read. Otherwise, go buy a good fiction novel. 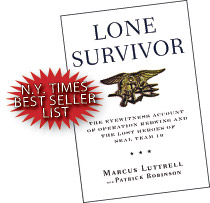 Lone Survivor: The Eyewitness Account of Operation Redwing and the Lost Heroes of SEAL Team 10
By Marcus Luttrell with Patrick Robinson

In June of 2005, a SEAL recon team of four men was sent on a mission to capture or kill a notorious al Qaeda leader hiding in a known Taliban stronghold in northern Afghanistan. As often happens, the team was accidentally compromised by local goat herders who, apparently, reported their location to the enemy. The team was attacked by an overwhelming enemy force and all but one man, the author, were killed in action. The main question of this book is: “What was the correct course of action for the team once compromised?” The ideal answer is to abort the mission and call for an exfil, but this doesn’t seem to have been seriously considered. If you stay, you have a choice of silencing those who have discovered your position or simply turning them loose and hoping for the best. In either case, you need to shift your hide as quickly as possible. Tragically, none of these things were done. I suspect the enemy body count has been greatly exaggerated. Four men without air support do not kill over 100 of their attackers while running for their lives. Given normal casualty ratios that would also mean there had to be 700 Taliban wounded by the team. In the end, it was a platoon of Army Rangers that rescued the sole survivor of the SEAL unit. 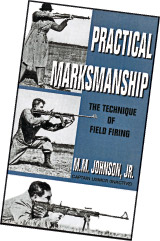 Practical Marksmanship is a reprint of a manual originally published in 1945. In many ways, Melvin Johnson was a man ahead of his time. His Johnson semi-automatic rifle came very close to being adopted by the U.S. Army in the place of the legendary M-1 Garand. The straight-stocked Johnson light machinegun saw heavy combat with both the Marine Parachute battalion and the First Special Services Brigade (better known as the “Devil’s Brigade”). In this book, Johnson is primarily concerned with getting hits from shoulder-fired weapons in military combat.

Sights, sighting in, shooting positions, aiming points, adjusting fire, short-range snap shooting, moving targets, effective range and sniping are all covered in great detail. Obviously, most of his methods involve the basic weapons used by our military in that period. Well-aimed semi-auto fire was the order of the day and full-auto bursts from assault rifles were still a couple of decades away from happening.

Johnson was also primarily concerned with using military-type iron sights. When shooting over iron, his methods are still as practical today as they were in 1945. However, the current war has seen a far wider use of optic sights and some even feel that the day of the iron-sighted military rifle is coming to an end.

That said, this book is still a useful training manual for those that are carrying the basic M-16A2 or M-4 sans “glass.” And for the rest of you, it wouldn’t hurt to know what to do when that high-tech sight meets Mr. Murphy. 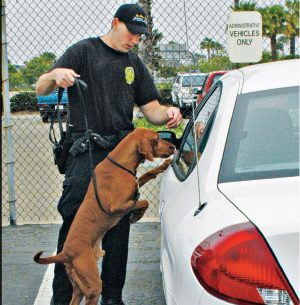 AK-47: The Weapon That Changed The Face of War By Larry Kahaner It is…