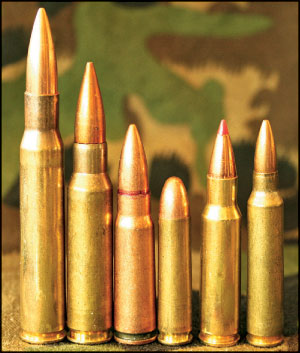 Officially adopted as the standard U.S. service rifle cartridge in the early 1960s, the 5.56x45mm NATO (.223) has seen a long and somewhat controversial life. Developed for specific use in the emerging AR15/16 rifles series, it had its first trial by fire during the Vietnam War and has gone on to serve with two distinct versions to the present day. 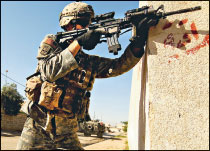 Initially, there was great opposition to the 5.56 by the military establishment because they were entirely satisfied with its predecessor, the 7.62x51mm NATO (.308) and its host rifle, the M14. The idea of using a small-caliber, relatively high-velocity cartridge caused much consternation to both the Army and Marine Corps, who had a tradition of rifle marksmanship and a relationship with full-powered battle rifle cartridges like the 7.62 and .30-06 that went back more than fifty years. 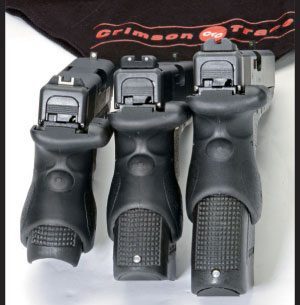 Officially adopted as the standard U.S. service rifle cartridge in the early 1960s, the…