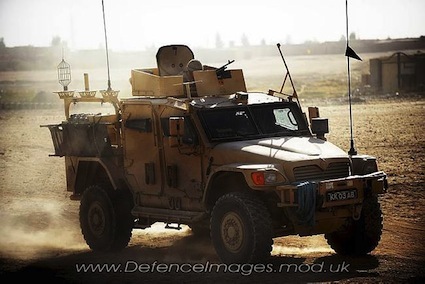 Six British soldiers were believed killed after an explosion hit their armored vehicle in southwestern Afghanistan, Britain’s Ministry of Defense said Wednesday. If confirmed, it would be the biggest loss of life for British forces in the country since a plane crash in 2006.

The soldiers were on patrol in Helmand province at the time of the blast Tuesday evening. Britain’s defense secretary said efforts were under way to recover the vehicle and identify the soldiers.

The deaths were certain to fuel calls for the acceleration of a planned withdrawal of all U.S.-led coalition troops from Afghanistan by the end of 2014. The war has become increasingly unpopular in the United States and among its NATO partners in Europe.