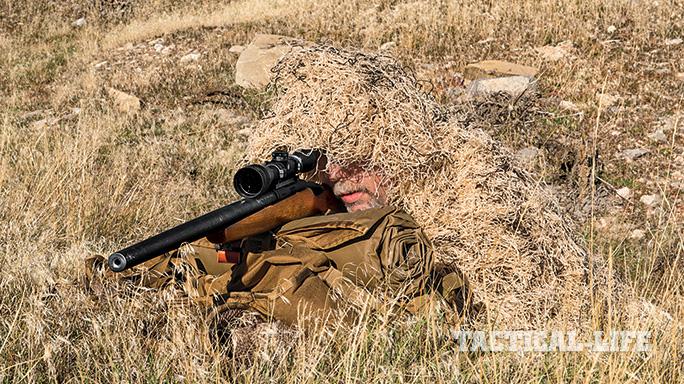 1 of 5
Gun Review: ’66 Company’s M40-66 Vietnam Sniper
The new M40-66 rifle is a fitting tribute to the original M40s U.S. Marine snipers fielded in Vietnam in 1966. It looks and handles like the classic but offers far superior accuracy. Shown with a custom 3-9x40mm Leupold VX-2 scope. 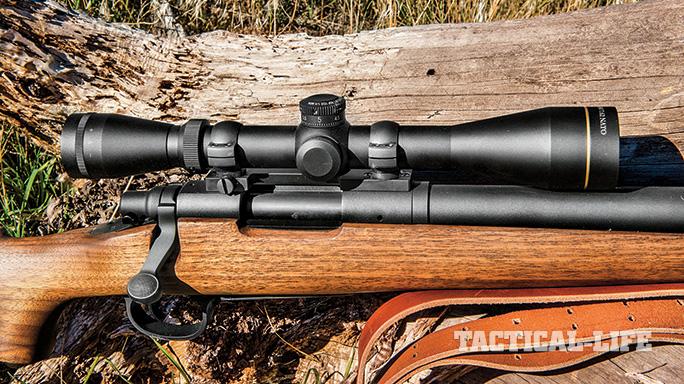 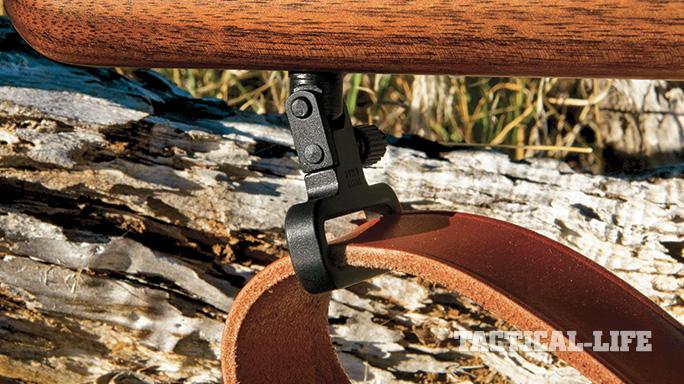 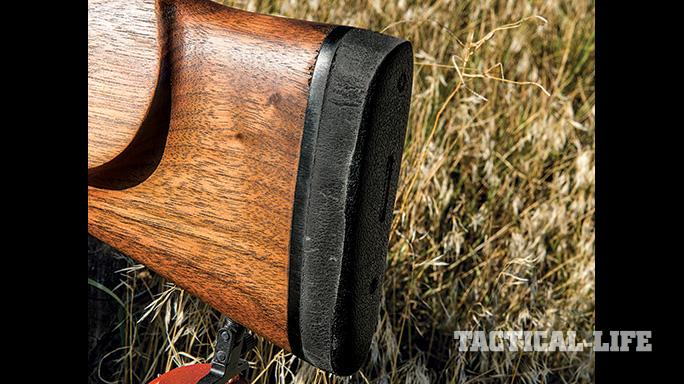 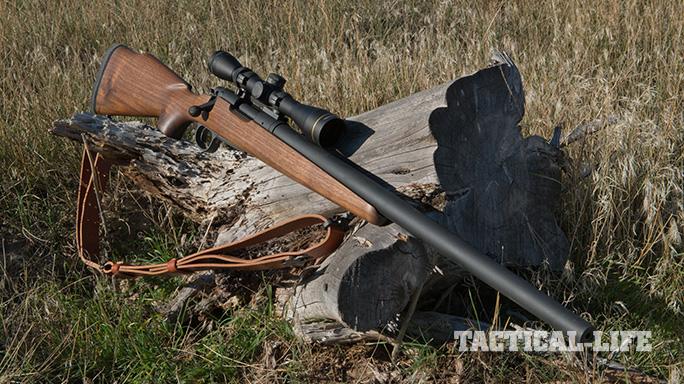 5 of 5
Gun Review: ’66 Company’s M40-66 Vietnam Sniper
The new M40-66 rifle is a fitting tribute to the original M40s U.S. Marine snipers fielded in Vietnam in 1966. It looks and handles like the classic but offers far superior accuracy. 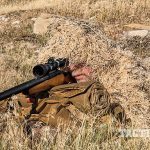 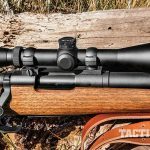 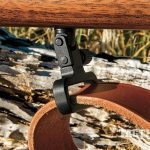 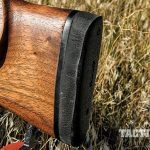 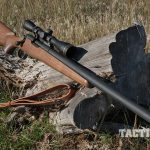 When it comes to the sniper rifle, the M40 is the start of a long and storied journey. While it is certainly not the first sniper rifle fielded by the United States Marines Corps, it marked a change in mindset. As usual, it was a change driven by a need, one met through the ingenuity and ability to “adapt and overcome” by ground-pounding Marines fighting in the trenches of Vietnam.

Much of the improvements in tactics and equipment used today are driven by the ingenuity of the guys on the ground. It’s true of the military, and it was certainly true of my police career. Doing what is needed, in spite of command or policy, is the norm. It was (and is) just as true for those who have operated as military snipers since the inception of the task. Getting the equipment you need as a soldier, when you need it, seems an anomaly, at least to most combat veterans I have talked to. It was true for my father (a World War II veteran), and it still rings true for many serving in harm’s way today. Sniper rifles were no exception in Vietnam.

It’s important to remember that there was no issued sniper rifle at the time—that was yet to come. The first bolt-action rifles fielded in Vietnam for sniping were target rifles. Winchester Model 70 rifles were repurposed for the sniper mission with slotted receivers and heavy barrels. Reportedly, there were around 1,000 .30-06 rifles rebuilt in the early 1960s for match shooting. Carlos Hathcock, one of the most famous USMC snipers, used one of these Winchester Model 70 target rifles equipped with an Unertl scope during his first tour, resulting in most of his 93 confirmed kills. There were also stories of Marines having hunting rifles sent over from home since the need for sniping out-paced the ability to provide rifles. This is just another example of the Marines’ ingenuity and ability to adapt. Concurrently, it confirmed the need for a new rifle, one dedicated to the sniper’s task. It also birthed the idea that a commercial target rifle was a good starting point. While it might seem controversial today, it just seemed logical at that point in time.

When it came time to issue a dedicated sniper rifle in 1966, the Marines initially looked to Winchester, but changes in the pre-64 Model 70 prompted them to look elsewhere. Requirements included the use of the 7.62mm NATO round, clip slotting, a dull finish on the stock, a medium-contour barrel and fixed military sling swivels. Remington’s Model 40-X, a target version of the Model 700, turned out to be the best start. Remington did its best to meet all of the requirements. The initial order was for 700 Model 40-X target/varmint rifles built to these specifications, with free-floating, 1-in-10-inch-twist barrels, and designated the M40. Most initial rifles were equipped with Redfield 3-9X Accu-Range scopes, which were usable out to 1,000 yards. While the original M40’s 2-MOA accuracy requirement may not be “precise” by today’s standards, it was more than accurate enough for combat conditions at the time.

Subsequent versions of the M40, from the M40A1 through the M40A5, saw significant upgrades, but many still enjoy the history and nostalgia of the first rifles. Replicas are incredibly valuable, especially if they are period correct. Remington offered a modern version for a few years, and The ’66 Company, formerly Tactical Rifles, now offers another look back at this historic rifle.

The ’66 Company decided to build more of a “dedication to” than a replica of a 1966 M40 rifle. Hand-built using old-school techniques, the is more of a shooter than a collector’s piece, forgoing some of the military requirements. This helps keep the cost down a bit yet makes it easier to shoot a really nice rifle indicative of a period piece. Most have no use for (or would know what to do with) a clip slot, so the action is clean. It has been blueprinted and accurized. The M40-66 has a traditional bolt handle, and the trigger is expertly tuned to a crisp 2.75-pound pull with no creep or overtravel. The stainless steel, match-grade, 1-in-10-inch-twist barrel is meticulously hand lapped and mated to a precision-ground, heavyweight recoil lug.

The action is pillar bedded into a top-grade American walnut stock. The barrel channel and interior is also sealed, which helps maintain rigidity and fights unwanted moisture. Far superior to the original, the M40-66’s stock is hand oiled to a dull, glare-free luster. A Pachmayr Decelerator pad is installed for shooting comfort. Tactical Rifles also installs a heavyweight, stainless steel, hinged floorplate, adding to the rifle’s smooth lines, strength and reliability.

My test rifle came equipped with an engraved 3-9x40mm VX-2 scope with a mil-dot reticle from the Leupold Custom Shop. Leupold’s Custom Dial System (CDS) allows you to customize your elevation knob, making for a tidy little package. The scope was mounted in Badger Ordnance’s M40 replica rings and base. All together, this scope setup is very similar to the original’s—it’s super strong and very well finished. The ’66 Company also offers a new Hi-Lux scope that is close to the original Redfield. It’s a replica of 1960s-era scopes but has been upgraded with precision-ground glass, a complete rebuild of all the internal parts and 0.25-MOA target knobs. Finally, a beautiful, brown leather Turner Saddlery M1907 shooting sling was attached to the rifle using Uncle Mike’s heavy-duty sling swivels.

Let me start by saying I’m old enough to remember precision rifles with wood stocks, so the accuracy of this rifle was no surprise to me. All but unheard of these days, wood stocks still help match-grade M1A rifles produce incredible accuracy. While not as impervious to the elements or abuse as composite stocks, they can be very rugged and reliable. There is a feel to wood that fiberglass, or even the space-age metal stocks of today, will never have.

Built to the highest match standards, the M40-66 is as accurate as you can get short of using a benchrest rifle. Every factory load grouped at or near 0.5 inches, and several groups were tighter than that. I fired all of the groups from prone using my pack as a rest. With handloads, I have no doubt that the M40-66 could produce groups in the 0.25-MOA range. My best group for the day, measuring 0.44 inches, came from Nosler’s Custom Competition 168-grain load. This ammunition is proving to be some of the most accurate I’ve ever used.

Testing at longer ranges yielded the same accuracy, with one group at 300 yards measuring less than an inch using the Nosler ammunition. Hornady’s 155-grain TAP A-MAX was also incredibly accurate at this range, grouping very similarly. The rifle remained accurate while whacking steel targets at 400, 500 and 600 yards. Again, I used a bag as a rest. Bipods were unheard of during this rifle’s time, especially in the military. In fact, when I began training a few decades ago, many USMC sniper trainers would not allow them on the range. Most doctrine, even police training, remained focused on low crawls, ghillie suits and fieldwork—controversial at the time in the police marksman world. Thankfully that has changed, but it’s important for snipers to be able to use what they can. Much of my early training revolved around using various bags, packs and other means to support our rifles. In essence, it’s a fantastic way to work in the field, and it keeps your rifle lightweight and clean.

Many high-dollar precision rifles these days are built to survive the end of the world. But they tend to be heavy and cumbersome, especially if they include a lot of adjustments. Sometimes simple is better, and this M40-66 rifle is a perfect example of that. I’ve never been much of a collector—rifles are tools—and this one needed a task outside sitting on a bench or lying on a mat. It seemed well suited to hunting, not just precision rifle work, so I took the classic sporter into the mountains.

I loaded the rifle into my Eberlestock X3 pack to hike into the mountains behind my range for some field testing. The first thing I noticed is the M40-66’s weight—it carried perfectly in this pack. It was also very comfortable to shoot in kneeling, seated and other typical field positions. Precision rifle stocks are made for prone shooting; everything else is a compromise. Hunting stocks are the opposite, and this is a nice one. The M40-66 is very fast and comfortable to shoot from field-expedient positions. It even blends in pretty well, especially given the colors in Utah right now. Setting up on a couple of well-hidden targets, I engaged steel from field-expedient positions, mostly kneeling, at 100 to 400 yards with great effect. The scope’s power range was perfect, the glass was crystal clear, and mil-dots are very useful for most.

The M40-66 is a fun-to-shoot, easy-to-carry tack driver. Not only is it a look back to precision rifles of old, but it’s also a solid hunting rifle in a proven caliber.

The ’66 Company’s M40-66 is a fantastic rifle. It is a fully custom build with some nostalgia built in. It was a nice departure from heavy, modern precision rifles with space-age designs and adjustments galore. More importantly, it has a dual purpose, a useful one beyond sniping paper. You can comfortably use it outside the range deck. It even maintains the appearance of a nice hunting rifle. Just like in 1966, the M40-66 is a really accurate varmint/competition rifle, not just a sniper rifle.

If you just like really accurate rifles and remember the joy of a wooden stock and simple operation, this is a fantastic rifle. It also works well for those looking for the basic feel of an M40 built in 1966 without precise replication and the cost associated with it. It truly is a well-built, multi-purpose rifle that just looks cool. It was a privilege to spend time with The ’66 Company M40-66, and I truly wish it could stick around. 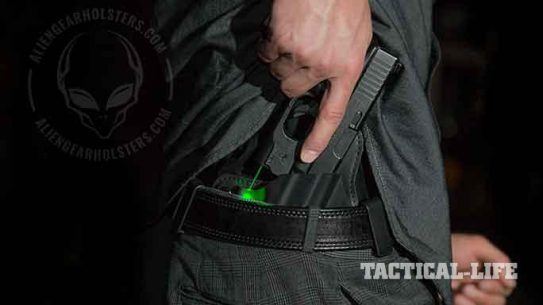