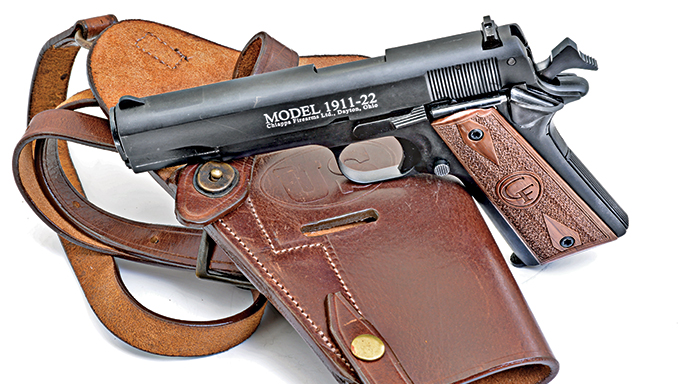 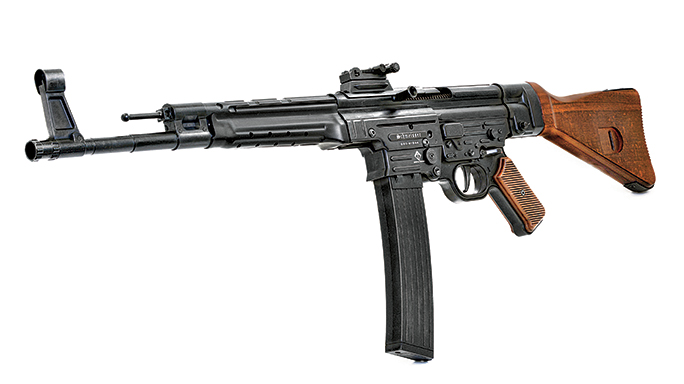 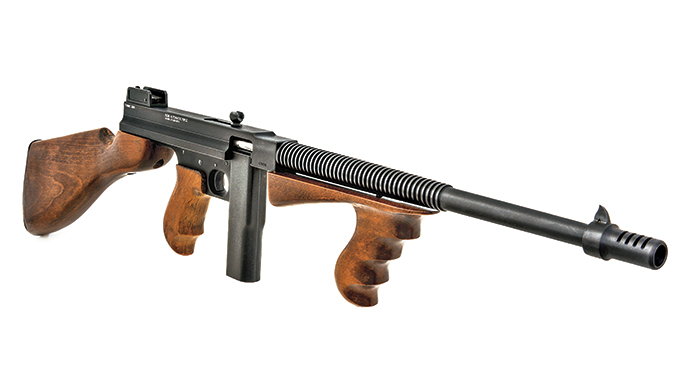 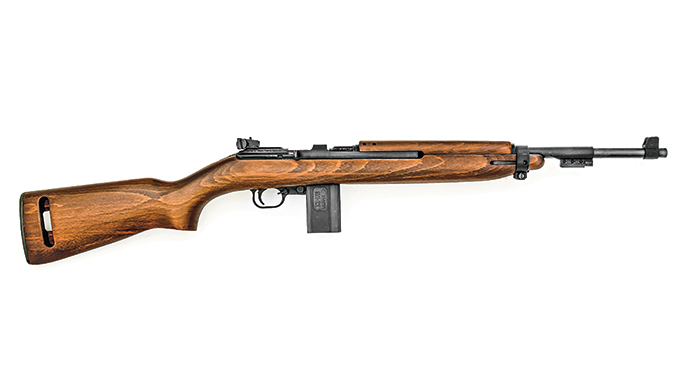 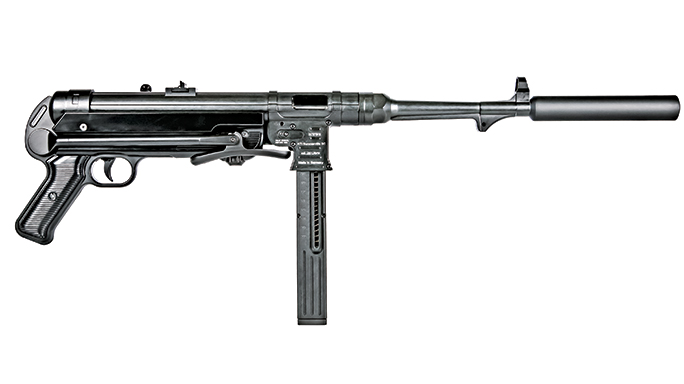 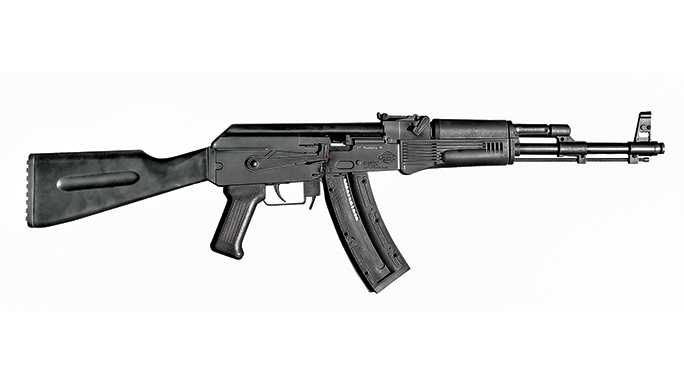 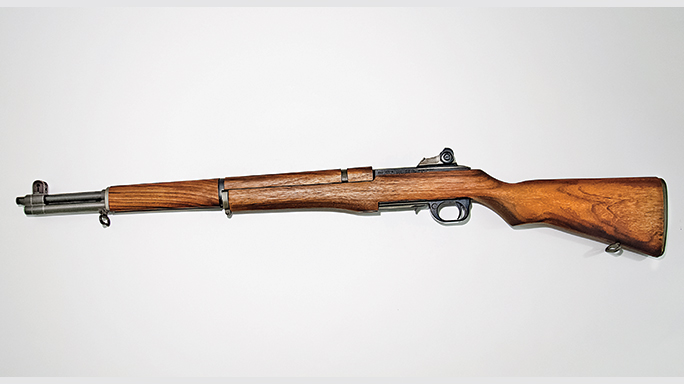 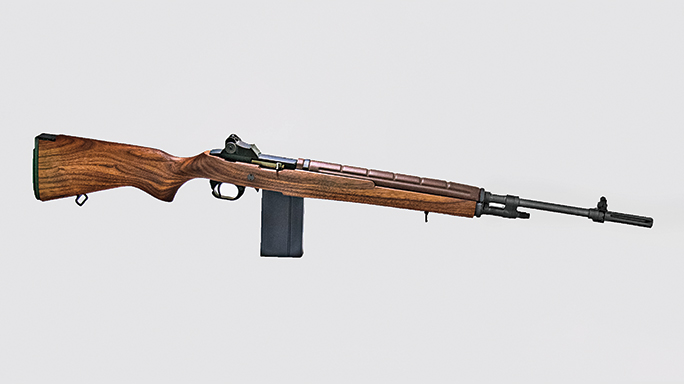 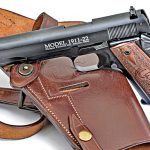 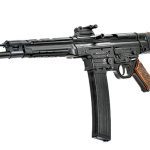 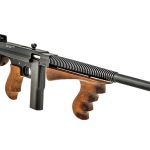 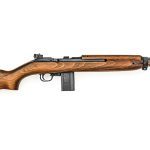 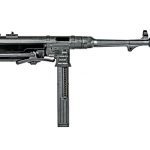 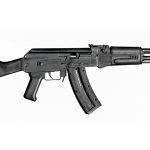 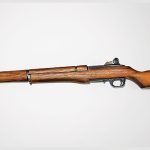 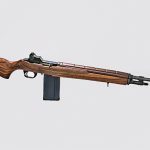 When it comes down to it, most avid gun collectors are also avid shooters. They enjoy spending some time sending lead downrange with their favorite firearm. But when it comes to valuable and collectible firearms, in some cases this could damage their value. Also, there are some military-pattern firearms (particularly select-fire models) that are either impossible to own or too prohibitively expensive to purchase. So what is the solution? Rimfires, of course!

Thanks to the efforts of several manufacturers on the market, today’s military firearm enthusiast has access to a broad range of rimfire reproductions of some classic firearms. Read on to see a sampling of some of the most interesting out there today.

The Chiappa .22 weighs in at 33.6 ounces, about 10 ounces lighter than a Government Model 1911. The gun features all-steel construction, a very light recoil spring and a fixed barrel that allows it to fire and operate easily with .22 ammo. The Chiappa’s finish looks similar to the Parkerizing used on WWII military-style models. The gun has the early flat mainspring housing design, the later-style long thumb safety and a variation of the c.1943 to 1945 Ithaca Type 2 hammer design. All in all, it’s an interesting mix of 1911 designs that looks good. The gun also has a secondary safety mechanism on the right side of the slide, which uses a special tool to lock the action (hammer) for storage. The Chiappa has wood grips. (chiappafirearms.com)

One of the most historic rifles of WWII, the StG44 was nothing less than a groundbreaking design for the 1940s that some military historians have anointed as the first modern assault rifle, predating the AK-47 by three years. The Sturmgewehr 44 was a major development of its day and is a true collectible, and it is possible to own one chambered in .22 LR that is fastidiously accurate in styling and finish to the original.

The German Sport Guns Schmeisser .22, which is imported by American Tactical (AT), features original styling in its hardwood pistol grip panels, shoulder stock, barrel configuration and sights. It is remarkably accurate in its fine details, weight (9.4 pounds) and operation when compared to its legendary WWII predecessor. The STG44 is available with 10- and 25-round magazines and even comes in an authentic-looking WWII-era style box. It is by far one of the most authentic WWII reproductions ever chambered for .22 LR. (americantactical.us; 800-290-0065)

The Standard Manufacturing Company’s Model 1922 is about a 1/2-scale version of the famous WWII submachine gun designed by General John T. Thompson in 1918 and manufactured by Auto-Ordnance. While not operating in the same fashion as the original, the Standard Manufacturing model is a great deal of fun to shoot, although you do a lot of reloading because of its 10-round magazines (a 50-round drum magazine is forthcoming).

The original Thompson in .45 ACP went into service with U.S Marines in 1921 and later with the U.S. Army. It was adopted in the mid-1920s by the U.S. Coast Guard and in 1928 by the U.S. Navy. Over the years, the Thompson went through a number of design changes, and by WWII the M1 and M1A1 versions were in use throughout the U.S. military. The Standard Manufacturing guns are based on the classic “Tommy Gun” designs with a finned barrel, a muzzle brake, a foregrip and a top-mounted cocking handle.

This is the first time in history that a Thompson is available on a frame scaled correctly according to its caliber. The Standard Manufacturing Model 1922 is a high-quality gun with a beautifully grained walnut stock, a pistol grip and foregrip, and a hard black finish. The guns have a 16.4-inch barrel, an overall length of 34.5 inches and weigh 4.6 pounds with an empty 10-round magazine. (stdgun.com; 860-225-6581)

Aside from the M1 Garand, the M1 Carbine is perhaps the most recognizable firearm from World War II. Like the Garand, its use extended into the Cold War era. Short, squat and built to last, the M1 was chambered for 7.62x33mm, or .30 Carbine as it’s commonly known. This “light gun,” as the military called it, filled the gap between the lesser power and accuracy of the .45 ACP M1911 sidearms and the incredibly heavy M1 Garand rifles.

One of the most interesting facts about the M1 is that although originally designed by Ed Browning (John M. Browning’s brother), David Marshall Williams and several of Winchester’s top engineers, the majority of M1s were produced by some of the most unlikely companies during WWII, including General Motors’ Inland Division, the Rock-Ola jukebox manufacturing company, IBM and the Underwood typewriter company!

Although development began prior to the United States entering WWII, the final design was not approved by the Ordnance Department until October 22, 1941, a short time before the December 7 attack on Pearl Harbor. The lightweight, easy-to-handle carbine became a mainstay of United States forces through World War II, the Korean War and the Vietnam War before the introduction of the M14 and then the M16. A total of over 6.5 million M1 carbines of various models were manufactured, making it the most produced small arm for the American military during World War II.

The Chiappa M1-22 maintains the very recognizable sling/oiler slot in the stock and a forward side-sling mount. It is so accurate in its design that the darkly stained Italian hardwood stock, complete with a steel buttplate, and several of its CNC-machined metal components are actually interchangeable with original M1 Carbines. The Chiappa M1 uses a blowback system and standard features include an adjustable rear sight, which can be removed to allow access for guide rails to mount a scope. Both the 18-inch rifled barrel and the bolt are steel, while the triggerguard and magazine are a polymer composite. Polymer is also used for the rear aperture sight, the collar-type front sight post, the barrel band and the bayonet lug. The trigger is zinc alloy.

Cosmetically accurate in most details, the M1-22’s overall length is 35 inches, with a 13.125-inch length of pull. The rifle weighs 4.5 pounds unloaded and comes with two 10-round magazines. (chiappafirearms.com)

The German Sport Guns MP-40 accurately replicates the full-auto, 9x19mm Parabellum originals that were manufactured in Germany around the 1940s.  From watching World War II movies (old and new), one gets the impression that every German soldier was armed with an MP40. While a bit of an exaggeration, the MP40 submachine gun was one of the most prolific German arms in WWII, and it was instantly recognizable for its distinctive receiver design and folding metal stock.

The rimfire version from American Tactical is all metal and shares these same features as well as a folding buttplate, a 17.2-inch barrel with a faux suppressor, an adjustable rear sight, authentic Bakelite grips and a weight of 8.3 pounds. This is the most “classic” of all WWII German submachine gun designs, and even as a blowback action .22 semi-auto it stands out as one of the most authentic WWII reproductions on the market. The MP-40 is available with either a 24-round or 10-round magazine. (americantactical.us; 800-290-0065)

This is a classic Kalashnikov-style rifle chambered to fire the .22 LR cartridge. Manufactured by German Sport Guns and imported by American Tactical, the .22 LR Kalashnikov represents much more than a small-caliber copy of a famous military rifle. The GSG AK-47 is not only a well-made rifle, but it bears the Kalashnikov name. GSG is currently the only company in the world licensed by Kalashnikov to manufacture real, functioning firearms, and the company has not taken this opportunity lightly. The overall look, feel and operation of the GSG AK-47 are nearly identical. From the time you shoulder this rifle through the moment you pull the trigger, the feeling that it is an authentic AK-47 is conveyed. The 10-round magazine works like the original design’s. (americantactical.us; 800-290-0065)

One way to build an authentic-looking World War II rifle chambered in .22 LR is to use an established rimfire action as the foundation. The best option for many includes restocking and reconfiguring a classic rifle around a more modern rimfire action. Kingston Armory builds its superb copies of the M1 Garand and M14 using steel, semi-automatic actions built completely in-house. These actions are bedded in receivers built in-house by Kingston Armory from steel, giving the guns the proper feel and weight approximate to the original U.S. military models.

Kingston Armory’s .22 Kingston Garand in particular looks amazingly close to the original and comes equipped with National Match Garand sights. The .22 Kingston M14’s sights are equally close in appearance to the originals. Adding further authenticity are the M14’s trapdoor, steel buttplate and stock hardware, which are all faithful to the original design. The stocks and hanguards are made from the finest American walnut for another touch of quality.

Additionally, Kingston Armory uses many military-specification Garand and M14 parts on these rimfire builds, including stock fittings, gas blocks and sling swivels, to keep the guns as original as possible. Both the Garand and M14 models use Kingston-made magazines and come with their own visually modified magazines to complete the exterior look. (845-292-3222; kingstonarmory.com) 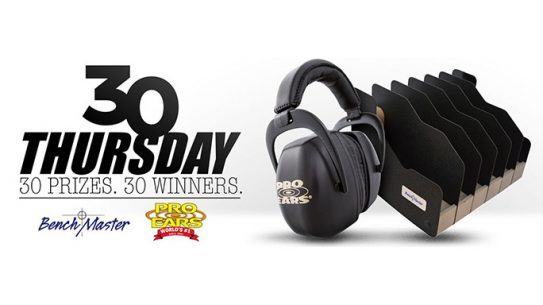 As a part of its Duel 3 promotion, Springfield's 'Thirty Thursday' will see 30...