An elderly man from Baldwin Hills took matters into his own hands when two suspected burglars were at his bedroom window Tuesday night.

“I was in bed and heard the noise – boom, boom – then I came to see what it was,” said 87-year-old Jack Goodwin. “It was two guys busting the window out coming in.”

Fearing for his life, Goodwin grabbed his 9mm handgun and shot at the suspects, wounding at least one of them.

Goodwin was an Army marksman in World War II.

“I only shot twice. I didn’t empty the gun or nothing like that,” Goodwin said. “I don’t brag, but I could shoot it,” he said, adding that he bought the gun 20 years ago and keeps it close enough to quickly grab at night. 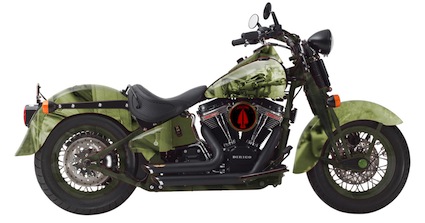 Wilcox hosting dinner gala and custom motorcycle raffle in July to benefit organizations that provide support for our military and their families.