by Robert A. Sadowski
in Uncategorized
0

Colt’s M45 CQBP (close quarters battle pistol) returns the 1911 to the military fold. There’s a reason why USSOCOM’s elite forces use the 1911 in .45 ACP: It works, plain and simple, and it doesn’t matter that the design is over 100 years old. (What’s that expression? If it ain’t broke…?) When the Marines went shopping for a new .45, naturally they gravitated to the 1911 platform. And despite the range of manufacturers offering 1911s today, they chose Colt, the original— call it poetic justice. The Marine M45 CQBP is based on Colt’s Rail Gun, and in the words of retired Lieutenant General William M. Keys, Colt President & CEO, it is a “highly enhanced version of an already excellent combat weapon.” 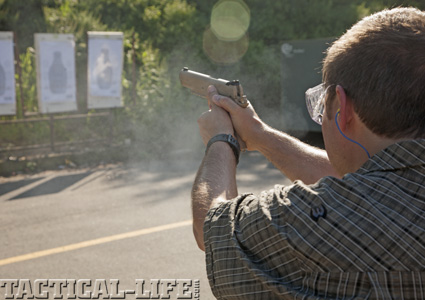 In an upcoming issue of Combat Handguns, I test the M45, an early prototype that, with exception to its roll marks, was nearly built to mil-spec. The test gun performed flawlessly. The Marines have come full circle with Colt in adopting the M45 CQBP. It is very different from the last Colt pistol contracted by the military, the 1911A1. In some respects, the M45 more closely resembles the first 1911 used in World War I, but it is by no means your great-granddaddy’s 1911. For more information, visit colt.com or call 800-962-COLT. 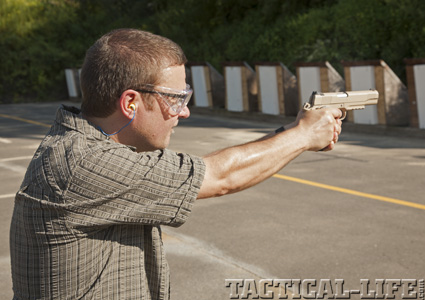