Spring 2012 will see the arrival of the first new products to be offered in the new A-TACS FG Camo pattern variant. Propper will begin offering their classic ACU cut garments in the new pattern soon to be followed by additional product offerings. Additionally, several other nylon gear makers will begin offering a wide range of supporting products as well. We will be making announcements regarding specific products, release dates and availability as more information becomes available in early 2012.

A-TACS FG Camo Utilizes numerous shades of green sampled directly from a variety of forested and transitional terrain elements combined with various shades of earth, A-TACS FG Camo was developed to be effective in a wide range of temperate environments. As with the original A-TACS Camo pattern, the organic pixels in the micro patterns are grouped into larger, more defined “macro” shapes creating larger more defined patterns. The larger organic shapes and strategically placed shadow elements within the macro pattern help to create a unique three-dimensional effect never before seen in a tactical concealment system of this kind.

Ever since the launch of the original A-TACS Camo Pattern, people have been asking for a green variant of the pattern. The easy answer would have been to create a simple re-color of the existing pattern and release it as a green variant. Taking that approach may have been easier and faster however, it would not have been the correct way to create an effective temperate climate pattern. The characteristic environmental elements and shapes found in greener, more temperate settings needed to be addressed. 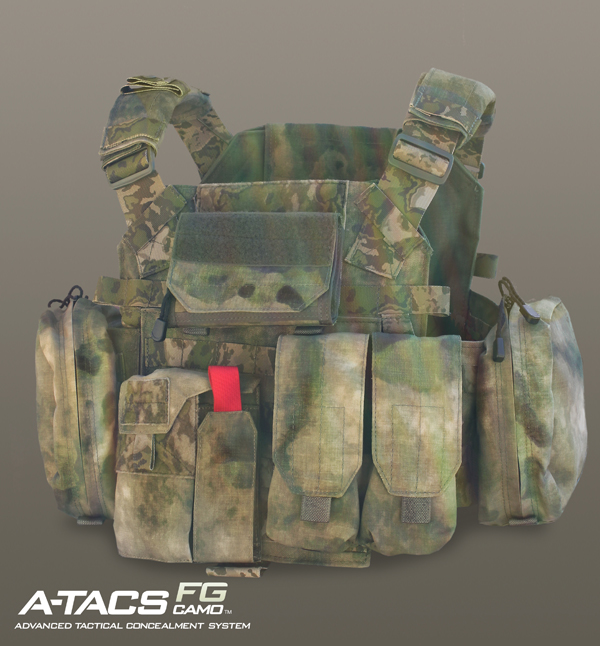 The answer was found in the creation of an entirely new pattern based on the A-TACS Camo’s unique “pattern within a pattern” concept. The addition of simulated depth was also necessary in order to add visual disruption to further break up the human silhouette. A-TACS.com.

Additionally, with the release of the A-TACS FG Camo pattern, the original A-TACS Camo pattern will be known as A-TACS AU (Arid/Urban) Camo.