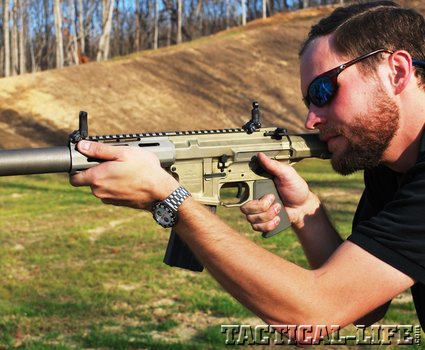 The go-to-war Honey Badger is the exact dimension as the MP5-SD.

In late 2011, a unit within the special operations community released a solicitation for a new weapon to replace the MP5 and other personal defense weapons/close quarter battle platforms. The solicitation required that, in suppressed configuration, the new carbine be no longer than the MP5-SD and have a sound signature that was no greater than the MP5-SD. The MP5 was first introduced 1964 and, at the time, was a substantial improvement over the current family of submachine guns. However, due to the 9mm caliber, the MP5 has always been limited in terms of terminal ballistics and penetration.

While there were whispers about the project, very little was known until AAC unveiled their submission at the Association of the United States Army conference in 2011. Nicknamed the “Honey Badger.” the little PDW quickly became an internet sensation. Following the AUSA conference, independent sources confirmed that several other companies submitted rifles for consideration. The most significant news was that all four submissions were chambered in 300 Blackout. 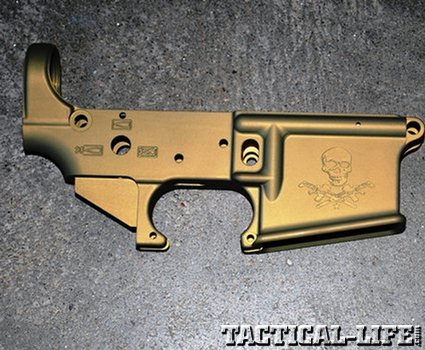 A never-used Honey Badger receiver is bronze in color but, with use, takes on a mottled appearance that blends into the operational environment.

The 300 Blackout cartridge was developed to meet the following six objectives: (1) Create a reliable and compact .30 caliber round for the AR platform; (2) The round would utilize existing magazines and retain their full capacity; (3) Create a sub-sonic round that is optimized for sound and flash suppression; (4) Create a supersonic round that matches 7.63x39mm ballistics; (5) Provide the ability to penetrate barriers with a high-mass projectile; and (6) Provide a lightweight, durable, and low recoiling upper receiver. 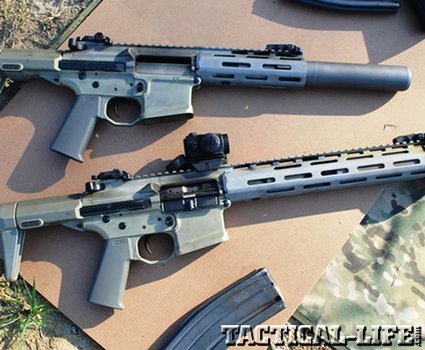 The Honey Badger was designed at the request of the special operations community to replace the MP5 and other CQB platforms. It is chambered in 300 Blackout and integrally suppressed. The two carbines shown here are company prototypes. 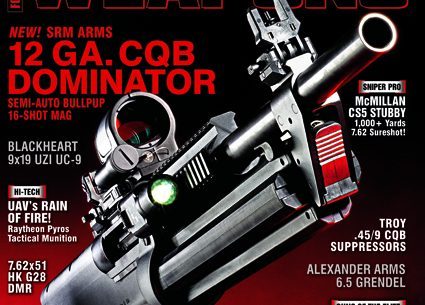