My first exposure to an Accuracy International (AI) rifle was at the Tac Pro Shooting Center in Mingus, Texas. At the time, the owner and operator of Tac Pro, Bill Davison, was the sole importer of AI rifles. He gave me the lowdown on the weapon system and we headed to the range with friend Dave Biggers, who worked for XS Sights at the time. 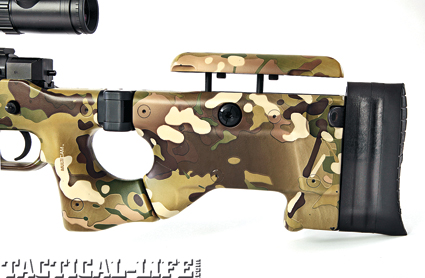 The stock of the AE MK III features a fully adjustable cheekpiece to bring the shooter’s eye into proper alignment with a variety of optics.

After shooting the rifle a bit, I told Bill I wanted to try something different. Each of us took turns behind the rifle firing a single shot, at the same target, 100 yards downrange. When we were done, each of us had fired three shots. We trudged downrange in the sweltering Texas heat and looked at the target. That nine-shot group fired by three different people measured just a tad over a half-inch. I was impressed.
AI was founded in 1978 by the late, two-time Olympic gold medalist Malcolm Cooper and four other folks—all competitive target shooters. The idea was to incorporate performance-enhancing features that worked in competition into a rifle platform that could withstand the rigors of military service. They were successful, and the original design has evolved. Currently, AI rifles are used by military and police personnel in over 60 countries. 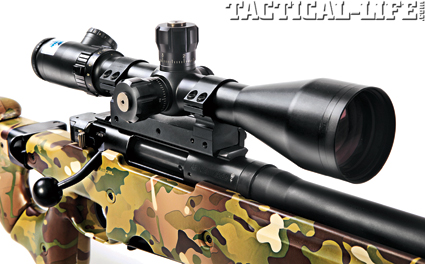 Fitted with a 6-24x 50mm Bushnell Elite Tactical riflescope, the accurate and precise AE MK III proved to be a capable marksman rifle.

The rifle provided for testing and evaluation was the AE MK III chambered for .308 Winchester. It was delivered with a 6-24X 50mm Bushnell Elite Tactical riflescope mounted in an AI one-piece base and ring system. That was the optic used throughout the testing. Now let’s get right to what makes these rifles out of the ordinary. 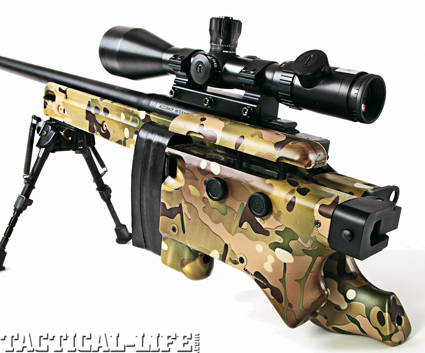 To enhance the portability and compactness of the weapon system, the AE MK III .308 rifle features a side-folding stock assembly.