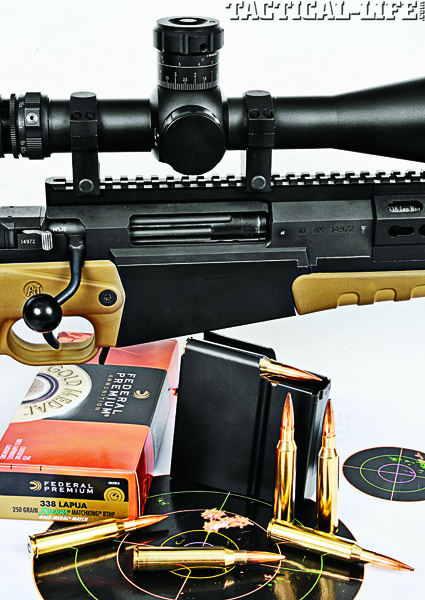 According to the Guinness Book of World Records, the longest successful rifle shot in history was made in Afghanistan by a British sniper named Craig Harrison. According to reports, Harrison and his colleagues were providing cover for an Afghan National Army patrol south of Musa Qala. When the Afghan soldiers and Harrison’s troop commander came under enemy fire, Harrison, whose vehicle was further back on a ridge, set up on a Taliban compound in the distance.

He fired three shots with his .338 Lapua rifle. The first round hit a bad guy running a machine gun and killed him. Another insurgent stepped up to the machine gun and a second bullet killed him. The third shot took out the machine gun. The distance was measured by a GPS system at 8,120 feet—that’s 2,707 yards or 1.54 miles. It is so far that it took the bullets nearly three seconds to get there, and it’s 1,000 yards past what was thought to be the effective range of the firearm.

Available with either a 20- or 27-inch barrel, the AX338 is no lightweight. Weighing over 17 pounds, the rifle absorbs a good amount of the .338 Lapua Mag recoil and makes shooting a lot more pleasant for operators.

My grandfather had a saying about when somebody made a spectacular shot: “Well, the bullet had to go somewhere.” Meaning the guy probably got lucky. One shot can simply be luck. But three for three? That’s not luck—that’s shooting at the highest level. 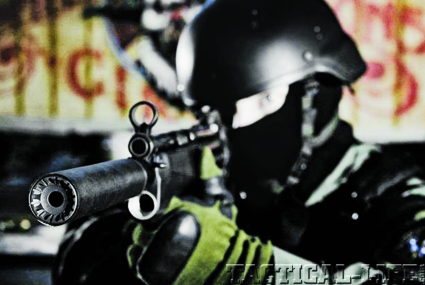 According to the Guinness Book of World Records, the longest successful rifle shot in…