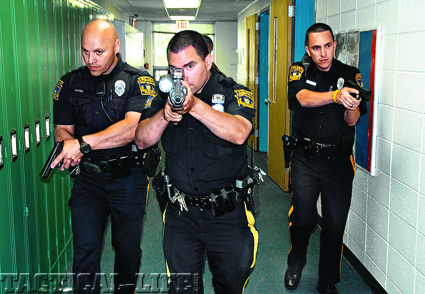 The diamond formation allows for 360-degree coverage and surveillance while the team moves in an aggressive, controlled, and precise manner.

In 1999, two teenagers targeted and killed fellow teenagers at Columbine High School in Littleton, Colorado. In the aftermath the country asked why, and law enforcement — faced with violent predators that only wanted to kill — needed to find out not only how to prevent these “mass killings” but how best to respond. Some of the findings are discussed in The FBI’s National Center for the Analysis of Violent Crime and U.S. Secret Service’s National Threat Assessment Center reports about “School Shooters.”

The first school shooting can be traced back over 40 years ago, with the most infamous case in 1966 — when Charles Whitman shot and killed 15 people and wounded 32 at the University of Texas at Austin. According to schoolshooter.org, since 1992 there have been over 340 documented cases of school shootings/mass killings/targeted violence, or whatever other terminology you use. In essence, kids have and still are being targeted and killed in schools.

By and large schools remain safe, but the problem, as both studies point out over the last 20 years, is that the frequency of occurrence seems to have increased.

Profiling is useless. There is no one profile that fits school attackers. In Columbine it was two Caucasian students, in Virginia Tech an Asian student, and at the Amish school in Lancaster, Pennsylvania, a psychopathic middle-aged male. Every case has a different type of attacker and their behavior is the key.

The research showed that most of the attackers were neither outwardly violent or had previous instances of violence prior to the act. Most had a history of mental, emotional and/or substance abuse. Some were bullied, picked on or felt that fellow students treated them unfairly. For most, their conduct, actions, psychological state and demeanor all showed signs of a troubled individual. The attacker’s behavior was often cited as concerning to others but no one addressed it. In some cases, as shown in the Virginia Tech massacre, even the system failed. That individual had a long history of mental illness, which was never effectively addressed.

The research also showed that school shooters or instances of “targeted violence” do not occur in a vacuum. These acts were planned out and organized for months, if not years prior to the act. In fact, with many cases of school violence, some individuals even knew beforehand. Many of the attackers told someone of their plans, and in some cases, other students were involved in a supportive or agitating capacity.

In most instances, the attackers had easy access to weapons and had used and practiced with them prior to the attack. Some were obtained legally (VA Tech), others illegally or from a third party (Columbine). Either way, no law prevented the attackers from accessing their weapons. They got them one way or another.

The types of weapons used were as varied as the perpetrators themselves. Hunting rifles, shotguns, handguns, semi-automatic weapons, knives and bombs were all used
during these attacks. 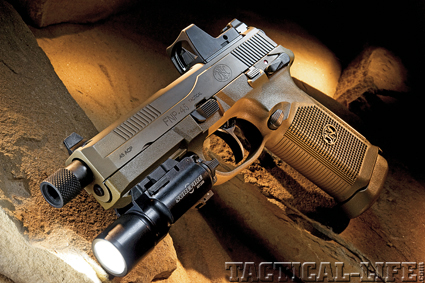