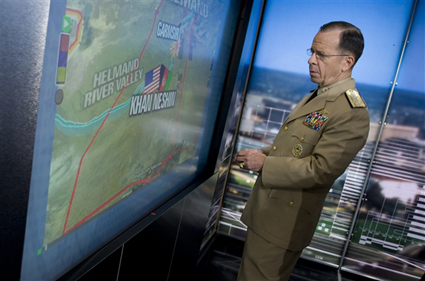 WASHINGTON– Additional American troops in Afghanistan are making it possible to institute the new strategy in the country, the chairman of the Joint Chiefs of Staff said Sunday.

Speaking on CNN’s State of the Union program, Navy Adm. Mike Mullen said Operation Khanjar, which means Strike of the Sword, will challenge the Taliban and al-Qaida in the Helmand River valley in southern Afghanistan. The area has been a terrorist safe haven and which has most of the opium poppy cultivation in the country.

“This is really the most concentrated area for opium growing and we expect a significant combat challenge from the Taliban,” he said.

About 4,000 Marines and 650 Afghan soldiers are conducting operations in the river valley. The fighting is going on in the area of Garmsir and Khan Neshin, Mullen said.

In the past, the NATO-led International Security Assistance Force has not been able to hold the area to allow assistance efforts to have an impact on the economy and government, he said.

“It’s this extra footprint of Marines that will allow us to not just secure the are for the Afghan people, but also to hold it and start to move in the right direction economically and from a governance perspective,” the admiral said.

The resistance has been what planners expected, he said.

“There’s been some pretty tough fighting, but it really ties into the expectations that we had,” Mullen said. “This has been a significant Taliban stronghold for a long period of time. It’s grown over the past two or three years. What the Marines are there for is to really concentrate on that defeat the Taliban, clear it, hold it so we can start to build.”

The fight will be tough for “a fair amount of time – weeks or months,” he said.

Officials are working to ensure coordination with the Pakistani military. The fear is that Taliban fighters will melt into the populace and seek safe havens across the Afghan border with Pakistan. Mullen said the Pakistani military has had recent success against the Taliban in fighting in the Swat Valley and Dir province. They are now engaged in other areas.

“We realize there will be tension, but we have to work our way through that,” Mullen said.

The chairman said he looks forward to receiving the 60-day assessment from the new NATO and U.S. commander in Afghanistan, Army Gen. Stanley McChrystal. “His guidance from me and from (Defense) Secretary (Robert M.) Gates is to make your assessment and then come back and tell us what you need,” Mullen said.

McChrystal must make sure that there is no waste in the troops he has in country – all of the troops must be engaged in the proper missions.

There has been a merging of the Taliban and al-Qaida in the country over the past few years, Mullen said.

“We’ve seen leaders from these organizations move in a federated way,” he said. “Al-Qaida is supportive of the Taliban.”

Coming up with the number of enemy in the country is tough, “but they are significant, and they are growing, and it’s the kind of insurgency that the additional troops that we put in there have to get at so we can focus on security,” he said.

“It’s less about killing the enemy than it is providing security and protecting Afghan civilians,” he said. 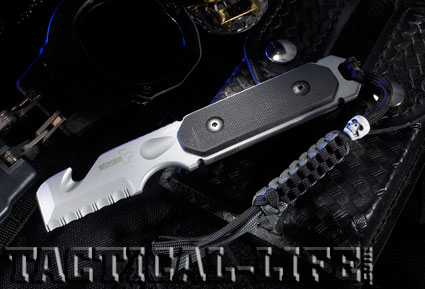