The Afghan government must address corruption and criminal organizations subverting the will of the people, Navy Adm. Mike Mullen said here today.

Mullen, the chairman of the Joint Chiefs of Staff, held a press conference at the headquarters of the International Security Assistance Force. He squarely warned of the dangers that corruption poses in this country.

The surge in American and coalition forces has strengthened Afghan security. Now, good governance needs to step to the fore, Mullen said, noting that there are many courageous and dedicated Afghan civil servants working to improve their country.

“I am encouraged by what I have seen happening in Arghandab district in Kanadahar province,” he said. “And I am grateful for the efficiency and the leadership of public servants like Governor Mangal of Helmand.”

But there are others who are using public office to line their own pockets or improve their tribes’ standing in the nation.

“I think it’s fair to say that in the main, Afghan government officials must work on becoming more responsive to the needs and aspirations of their people,” he said.

The federal government must connect with the province and district governments. National leaders must work with local leaders to strengthen the rule of law, build an infrastructure and programs to join the entities and be responsive to the needs of the people for basic services, he said.

National leaders are aware of the problems, and are beginning to address them, Mullen said. But many governors still do not receive funds from Kabul. Other officials “pursue narrow agendas that exclude key elements of the population and perpetuate popular discontent or frustrate reintegration efforts,” he said.

Many agencies and department of the Afghan government have been infiltrated and subverted by criminal patronage networks, the chairman said, and, in most agencies, there is no such thing as merit-based hiring or promotion.

“None of these deficiencies are insurmountable,” he said. “But overcoming them will require energy and effort, political courage and international support.”

Addressing corruption and organized crime has to be a priority, the chairman said. These networks weaken Afghanistan, and their “predatory behavior angers the populace, siphons resources and undermines the credibility of Afghan institutions,” he said.

The U.S. military has examined $27.5 billion worth of locally let contracts to ensure that American money is not used by these criminal networks, said a senior western official speaking on background before the chairman’s news conference. The U.S. government has debarred more than 50 firms from any business dealings, but more needs to be done.

“We must end impunity for criminals who are subverting the state and victimizing the Afghan people,” Mullen said.

The chairman said he understands that any changes will be difficult to put in place and take time to accomplish, but it must happen for success of the Afghan state. 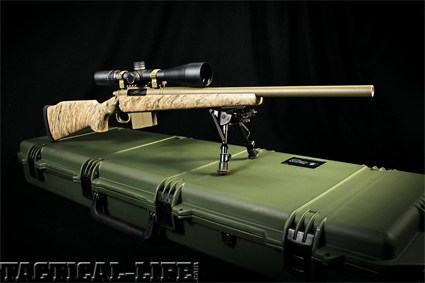