There was an oft-quoted but seldom-cited historical commander from around the turn of the last Century, who once lamented in frustration that he’d readily trade a battalion of his infantry for one good spy. One cannot help but wonder what he might have traded for a junior enlisted man trained and equipped with one of Honeywell’s new micro-air vehicles (MAV). Had someone offered such a tool at that time, he’d probably have been tarred and feathered as a charlatan. Claiming a machine could go six miles ahead of the troops and send back photos in real time? The very idea!

Honeywell’s ducted-fan MAVs—now on duty in Iraq—can fly more than 6 miles to specific sites, and then “hover and stare” with video and infrared cameras from heights of 10 to 10,500 feet to help troops analyze potential threats.

When U.S. soldiers or Marines suspect they’re headed toward an ambush or an improvised explosive device (IED), many of them can now stop in place while they launch a 16-pound MAV to fly ahead and assess the situation with onboard cameras that transmit real-time video back to the operator’s handheld terminal.

These miniature, unmanned, ducted-fan vehicles operate much like a miniature helicopter. Using a propeller to draw air through a duct to provide lift, the MAV can hover over a specific site, or patrol a pre-programmed surveillance route by using up to 100 GPS waypoints as its guide. It’s propulsion system is only 13 inches wide, The unit weighs only 18.5 pounds when fueled, allowing it to be carried.

0-60MPH; Climbing  0-10,500 Feet
To further ensure these small units remain available anytime and anywhere, they re­­­quire only five days of training and can be operated by one person. When it’s time to deploy an MAV, the operator can remove it from his backpack and launch it within five minutes. When it’s time to move on, the system can be repacked just as quickly. It can take off vertically from tight quarters in urban areas or rough terrain. It normally flies at heights of 10 to 500 feet. On the top end, it can reach speeds of about 60 mph, climb to heights higher than 10,500 feet, go farther than 6 miles and stay airborne nearly an hour while conquering rain, snow, moderate winds and other weather-related hazards. Plus, it’s safe to operate. It allows its operator to operate it from a safe location while locating dangers or targets. It has few unprotected moving pieces. Unlike radio-controlled helicopters with exposed rotors—which can cause a crash if striking objects—the MAV’s ducted-fan system is fully enclosed, allowing these units to bounce off most obstacles and keep flying. Exposed rotor systems have hundreds of moving parts, while a ducted-fan system has only a few moving parts. The fewer objects in motion, exposed or protected, the less is the potential for problems.

As of mid-June 2007, the Honeywell MAV had flown more than 3,500 test flights during three years of work with the 25th Infantry Division in Hawaii, and passed two full rounds of military “utility” tests. The vehicle also flew its first successful international flight in Spring 2007 in France.

Vaughn Fulton, MAV’s program manager, cannot reveal how many of these units have been deployed into combat zones, but said they’re now being used by the military’s Explosive Ordnance Disposal (EODs) organizations to help deal with IEDs.

“Significant numbers of them have been deployed and more are on the way,” Fulton said. “The EOD guys wanted an aerial system that could hover and stare, and put persistent surveillance above small areas of interest. The MAV carries two types of video cameras and the operator can switch on the fly between them. Each carries a daylight electro-optical color camera with a 10X zoom, and also an IR (infrared) camera with a wide field of view. By having both cameras available, they can do better analysis and gather intelligence on a variety of situations.”

Fulton said EOD specialists use the MAV to deal more safely with a wide variety of IEDs as it allows a closer look at suspicious sites without endangering personnel. “There’s no single type of IED,” he said. “In some cases an IED is hidden in a vehicle, so they want to check abandoned cars parked in sites that were vacant the day before. In other cases IEDs use wires leading to a trigger man who manually detonates the device when a target is within its range. And there’re autonomous devices that go off at a designated time. Sometimes you can detect disturbed dirt where someone dug up the ground. Those are just some of the things they could detect with the MAV’s cameras. From there they can decide the safest way to handle things.”

Ducted-fan technology was first developed in the 1950s, but only recently have engineers been able to unleash its potential. “People have long known that if you put a fan inside a duct that it can provide a safe, efficient, aerodynamic mechanism, but it was always very unstable in flight,” Fulton said. “During the past few years we’ve seen the maturation of this technology, and that’s because of highly advanced computers and miniature electronics that can run extremely sophisticated flight controls that keep the MAV stable in flight. These are very robust, very mature flight controls, and very small, very capable electronics. Creating a vehicle this small and keeping it stable in flight requires micro-electromechanical machinery. This MEMs-based technology is what made ducted-fan technology a reality.”

The MAV can be sent out on its own with a programmed flight plan, developed earlier for a variety of aircraft, including CH-47 and OH-58D helicopters. After uploading the flight plan into the MAV’s computer, the operator sends it on its way, allowing it to fly the mission, return and land without further intervention. The MAV can also be “manually” flown, but it’s not a stick-and-rudder operation. The operator directs the vehicle up, down, right or left, and the MAV’s flight-control computer instantly interprets the commands and controls how the vehicle carries them out.

The MAV is powered by a gasoline-powered engine, so it’s not the whisper-quiet vehicle some might imagine. Even so, it’s much quieter than larger aircraft. Honeywell built it to meet a standard of 60 decibels at 100 meters, which is about as loud as a typical city intersection. Fulton said another good comparison would be everyday yard machines. “It’s a 4-horsepower engine, so it’s about the same as a lawn mower or trimmer,” he said.

Not Just For Military
The MAV will be further enhanced in­­­creasing its usefulness to the military while attracting more interest in the civilian world. “At this point the MAV is only being used by the military, but we’re moving forward on multiple fronts,” Fulton said. “We can foresee its use for border patrol, search and rescue, and carrying an array of other sensors like chemical/biological detectors. We’ve also been approached by police agencies as well as the U.S. Forest Service as a fire-detection and firefighting tool.”

That’s why Fulton thinks the MAV’s capabilities are just starting to be realized.

“This could be integrated into an endless number of applications,” he said. “Let’s say you have an array of sensors around a facility, and one of them gets tripped. You could automatically fly a platform out there, have it hover and stare right over the sensor, gather data on what might have tripped it, and collect other intelligence.”

Designers also envision MAVs that can pick up and fly IEDs and other bombs or explosives to sites where they can be safely detonated. In fact, operations like that might be some of the more easily defined tasks now envisioned for MAVs. Whether those future jobs come from the military or civilian worlds, the missions for unmanned aircraft appear as infinite and diverse as the imagination itself. Visit: www.honeywell.com. 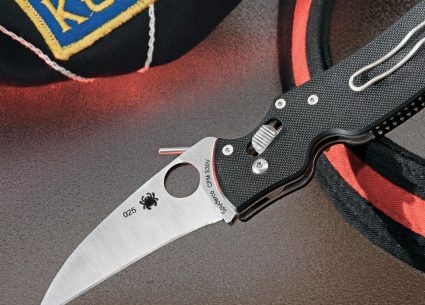