WASHINGTON, Oct. 1, 2009 – President Barack Obama is getting the ground-level perspective on Afghanistan, and soon will address the strategy and resources needed in the country, Pentagon Press Secretary Geoff Morrell said here today.

Defense Secretary Robert M. Gates expects a decision on the way forward in Afghanistan in a matter of weeks, Morrell told MSNBC. “I would remind you that the Bush administration when they were deliberating whether or not to surge forces into Iraq took about three months to come to that conclusion,” he said.

Army Gen. Stanley A. McChrystal, chief of U.S. and NATO forces in Afghanistan, recently submitted to the Pentagon and White House his assessment of Afghan operations and requirements. The general believes that the right strategy is more important than resources, Morrell said.

“We need to be much more focused on changing the strategy, changing how we behave on the ground in Afghanistan,” Morrell said. “If we are able to win the trust and confidence of the Afghan people, if they trust that we are there by their side and committed to being there for the duration, he believes we can succeed.”

The McChrystal strategy is making inroads with Gates, Morrell said. “The secretary, I think, is growing increasingly comfortable with that notion,” he said.

The secretary has said he is uncomfortable with a large foreign military presence in Afghanistan. “General McChrystal was making the case to him and to others that it’s not the size of the force; it’s how that force behaves” that matters most, the press secretary said.

McChrystal believes the Afghan people do not regard U.S. and NATO forces as occupiers, Morrell said. This will continue as long as International Security Assistance Force personnel ensure the population is protected and that civilian casualties are kept to the minimum. 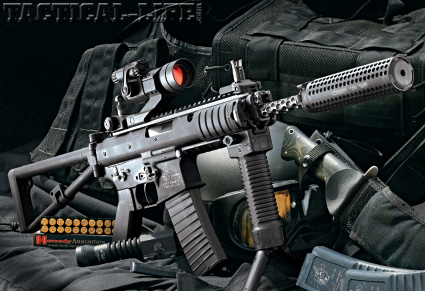 WASHINGTON, Oct. 1, 2009 – President Barack Obama is getting the ground-level perspective on…