WASHINGTON– Enemies of America remain in Afghanistan, and the United States must stay there to defeat the terrorists, Defense Secretary Robert M. Gates said today.

That is the focus of President Barack Obama’s regional strategy announced in March, Gates said. The secretary said he is studying the assessment Army Gen. Stanley McChrystal, the new commander of U.S. and NATO forces in Afghanistan, submitted earlier this week. Gates and Navy Adm. Mike Mullen, chairman of the Joint Chiefs of Staff, spoke during a Pentagon news conference.

Gates said he has passed McChrystal’s assessment on to the White House. The assessment looks at the comprehensive strategy for Afghanistan and Pakistan, with the goal of defeating al-Qaida, and charts the way forward.

Army Gen. David Petraeus, commander of U.S. Central Command, and the Joint Chiefs of Staff will provide their expertise and input. They will send their thoughts on the situation in Afghanistan to the president next week, Gates said.

The chiefs plan to finish their evaluation tomorrow, Mullen said. “We’re going to do that with a clear eye, not only on the needs in Afghanistan, but also the needs of the force, in general, and on our other security commitments around the globe,” he said.

McChrystal’s assessment lays out in frank and candid terms “how he believes his forces can best accomplish the mission the president has assigned to him,” Mullen said.

Both Gates and Mullen stressed that the assessment does not deal with troop numbers and other resources. That will be discussed later this month, Gates said.

“What’s more important than the numbers of troops he may or may not ask for is how he intends to use them,” Mullen said. “It should come as no surprise to anyone that he intends to use those forces under his command to protect the Afghan people, to give them the security they need to reject the influence the Taliban seeks.”

Ultimately, the strategy also is meant to prevent terror groups from launching another major attack against the United States from the Afghanistan-Pakistan region, and Gates and Mullen said it is important for the United States to stay there.

“The fact is that 9/11 represented the first foreign-based attack on the continental United States, with significant casualties, since the War of 1812,” Gates said. “That attack emanated from Afghanistan under Taliban rule. The Taliban did not just provide a safe haven for al-Qaida. They actively cooperated and collaborated with al-Qaida. They provided a worldwide base of operations for al-Qaida.”

The U.S. military must work with the international community to ensure that Afghans can develop the security apparatus needed to protect their people and prevent their country from being used by violent extremists, the secretary said.

“In the context of the president’s goal of disrupting, dismantling and destroying al-Qaida, we seek an Afghanistan that is our partner in that endeavor and that can sustain that endeavor after we’re gone,” Gates said.

The secretary acknowledged that the situation in Afghanistan has deteriorated, but cautioned Americans from making a snap judgment. He reminded reporters that the new strategy only came about in March, that the last of 21,000 new U.S. troops committed to the country are just now flowing in and McChrystal has only been in command since June.

“I don’t believe that the war is slipping through the administration’s fingers,” Gates said in response to a reorter’s question. “The fact that Americans would be tired of having their sons and daughters at risk and in battle is not surprising. I think what is important is for us to be able to show, over the months to come, is that the president’s strategy is succeeding.” 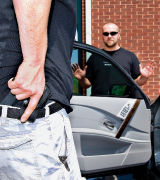 WASHINGTON– Enemies of America remain in Afghanistan, and the United States must stay there…