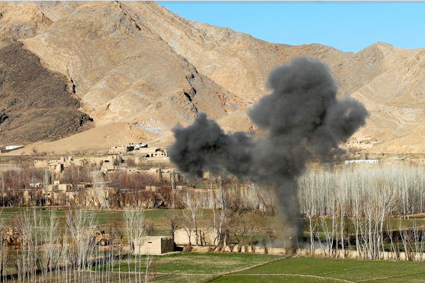 “IEDs continue to be the most significant threat and greatest source of casualties to Soldiers and coalition forces in the current fight,” said Col. Dick A. Larry, chief of the Army’s Adaptive Network Threats and Solution Division, a component of the Army Asymmetric Warfare Office.

Larry said IEDs “will remain the weapon of choice in the asymmetric warfare arena until we render them ineffective.”

Larry’s ANTS Division is managing the counter-IED conference. The Department of the Army-level conference’s purpose is to further strengthen Army counter-IED communities and to discuss capabilities and capability gaps, he said.

“Our main conference goal,” the colonel said, “is to focus on how to best integrate collection, exploitation, and analysis capabilities to both attack and defeat the IED and the criminal, financial, cultural, and transnational networks that help sustain them.”

The conference’s focus is Afghanistan, a country which presents many challenges for the warfighter, said Lt. Gen. Thomas F. Metz, director, Joint Improvised Explosives Device Defeat Organization. He said Afghanistan’s topography and infrastructure can play to the insurgents’ advantage.

Unlike Iraq, where more of the streets are paved, Afghanistan’s rugged roads make it easier to lay traps, according to Metz.

“Dirt roads give you plenty of softer places to dig in, for the weather to settle it, and for dust to camouflage it,” Metz said. “You’ve got a huge country, much larger than Iraq. It’s very rural with very few paved roads. The enemy’s got lots of time and space to put in IEDs. He generally does it by digging holes in unpaved roads and burying them for underbelly attacks. There are thousands of culverts, so he’ll take advantage of the culverts to pack in a lot of explosives.”

Insurgents in Afghanistan depend on drug sales. Through extortion and taxation, the Taliban reaps an estimated $300 million a year from Afghanistan’s opium trade, which now makes up 90 percent of the world’s total.

“Opium is (the terrorist’s) financial engine,” said Brig. Gen. John Nicholson, deputy commander of NATO forces in southern Afghanistan. “We often come across a compound that has opium and IED materials side by side, and opium and explosive materials and weapons. It’s very common – more common than not.”

Another C-IED conference goal is to provide guidance, updates, and overviews at the operational and strategic level in order to better support the warfighter in current and future contingency operations, according the ANTS staff.

“We want people to understand the Army takes an aggressive and holistic approach against enemy tactics, particularly those that involve the IED, and we will work tirelessly until the IED is defeated,” Col. Larry said.