In their meeting, MacKay and Gates discussed building a maritime surveillance capability, defense issues in the Arctic and security cooperation for the 2010 Winter Olympics in Vancouver, British Columbia.

But Afghanistan was in the background of all discussions. In his second-term inaugural address yesterday, Afghan President Hamid Karzai said that he wants to assume security control in his country by 2014, and Gates was asked if that was feasible.

“Our goal is to enable the Afghans to take responsibility for their own security,” Gates said. “All of us who have troops in Afghanistan look for the day when we can turn over that responsibility and begin bringing our troops home.”

“We are not going to do what we did in 1989 and turn our backs on Afghanistan,” Gates said. “What we would hope is that in a reasonable period of time we could begin transferring security to the Afghans as they are ready to take responsibility. Everybody’s hope is that it will come sooner rather than later.”

Canadian forces will continue to deploy to Regional Command South in Afghanistan through the end of 2011, but Canadian aid will continue beyond that date, MacKay said. The minister said Canada will continue to work with the United States and other NATO nations to ensure security for necessary infrastructure projects.

The Netherlands in 2010, and then Canada in 2011, will withdraw troops from the country. Both the Dutch and Canadians have had forces in Afghanistan since 2002. Gates thanked both nations for their contributions and sacrifices, and he added that NATO officials understand this is coming and are planning appropriately.

“We are liberating some of the villages and towns [near] Kandahar, and then holding and building, and then turning over that security responsibility to Afghan security forces,” MacKay said. This classic counterinsurgency strategy has the blessing of International Security Assistance Force leaders.

More forces are needed in Afghanistan, and they don’t have to be American, MacKay said.

“The United States has contributed mightily,” he said. “They have been in a leadership role. But this is an international mission, and I think it is fair to say that all NATO countries will up their game and look for ways to contribute.”

Nations can aid efforts in Afghanistan in any number of ways, MacKay said. “But what is needed right now, frankly, is combat soldiers,” he added.

Corruption is endemic in Afghanistan, and Karzai has promised to attack it. Gates said the United States will aid that effort by making certain that aid provided by the government does not get siphoned off to line corrupt pockets.

“The place to start is where we have a direct interest and where we control the flow of dollars,” he said.

Gates noted that while corruption is a big problem in Afghanistan, the situation isn’t hopeless. “The reality is we have some very good ministers in Afghanistan,” he said, specifically praising the ministers of interior and defense. “This is not all a bleak picture. There are some bright spots. The key is to strengthen that, and make them more widespread.”

The two defense leaders did discuss hemispheric issues in their meeting, and Gates said it was past time for the two allies to get together and discuss these and other bilateral issues.

“We focused on rejuvenating the Permanent Joint Board on Defense and assigning new tasks to the board relevant to our defense dialogue,” Gates said. 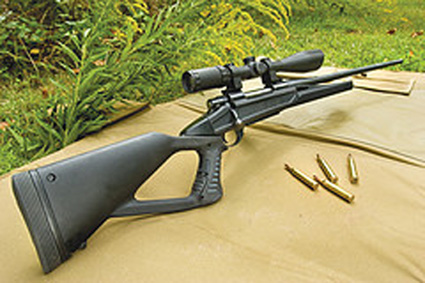