WASHINGTON, Sept. 30, 2009 – The U.S. aim in Afghanistan remains on defeating extremism, but high-level talks at the White House today center on the best means to achieve this goal, the Pentagon’s press secretary said today.

Today’s meeting in the Situation Room, which comes six months after a new strategy refocused the U.S. mission in Afghanistan on thwarting al-Qaida and its allies, convenes both top national security advisors and a range of proposals for the way ahead.

“The objective is clearly still to disrupt, dismantle and destroy al-Qaida,” Geoff Morrell told reporters. “I think the discussion focuses now less along what the ends should be, but [more on] whether or not counterinsurgency is still the preferred means of achieving that end.”

Among the cadre of top national security and military advisors joining President Barack Obama in the discussions is Defense Secretary Robert M. Gates, who Morrell said has yet to reach a decision on which approach to Afghanistan he favors.

“I think [Gates] is going in open-minded, undecided, willing to engage in these discussions that will take place over the next at least couple of weeks,” he said.

News reports suggest that a range of recommendations exists, from a scaled-back U.S. presence more reliant on Special Forces and drone attacks to increased troop levels in Afghanistan.

Morrell declined to reveal in which direction Gates was leaning, but he did say that Gates previously has disagreed with a plan to largely reduce the U.S. presence in Afghanistan and instead wage a counterinsurgency effort involving small groups of special operations forces, drone aircraft and other clandestine means.

“I think he’s been clearly very forthright about his concerns about trying to do a limited offshore, remote — however you want to characterize it — counterterrorism operation,” Morrell said of Gates.

Gates’ thinking on the prospect of a larger force in Afghanistan has evolved from his original position that an “increased footprint” could alienate the United States from the Afghan population, Morrell has said. About 66,000 American forces are deployed there, along with 39,000 allied troops.

But Gates has said that since taking the top command position in Afghanistan in June, Army Gen. Stanley A. McChrystal has assuaged some of the secretary’s concerns about a larger U.S. presence.

“I think the secretary … [recently] once again made it clear … that he is as yet undecided about what the appropriate tack should be going forward in Afghanistan,” he said. “But I think he clearly also signaled that some of his concerns that he had raised … have been mitigated during his conversations with General McChrystal.”

Gates is pleased with Obama’s pledge to allow commanders as much time as is necessary to make their case to the president regarding Afghanistan, Morrell said. He added that discussion about troop levels and other recourses was not expected to be on today’s agenda.

“Resources will clearly be a part of the discussion, at some point,” he said. “We’re not there yet. It has not been injected into this process yet.” 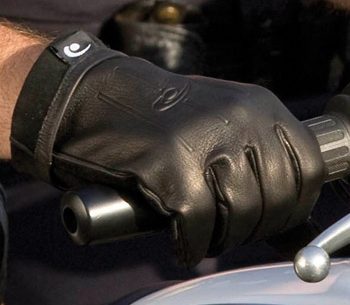