WASHINGTON, June 25, 2009 – The top U.S. military officer with responsibility for Africa concedes he’s worried about the threat of violent extremists taking hold there, particularly in Somalia, and said U.S. Africa Command is working to help regional governments prevent it.

“We clearly worry about the threat of violent extremists taking hold in any parts of the continent where there are spaces that are under-governed or not in full control of the government,” Army Gen. William E. “Kip” Ward told National Public Radio yesterday.

“And so Somalia is, indeed, a place that we are concerned about,” he said. “In that regard, our policy is to provide support to those governments that are in position in various parts of the continent as they seek to maintain their control over their spaces.”

“We also provide training support to other African nations who conduct military peacekeeping operations,” Ward said. That support includes military mentors and technical training assistance, and focuses not just on military skills, but also in respect for human rights and rule of law.

Africom also is a key player in a broader effort to crack down on narcotics trafficking in Western Africa, William Weschsler, deputy assistant secretary of defense for counternarcotics and global threats, told the Senate Foreign Relations Committee earlier this week.

“Although we are still defining the scope, we know that drug trafficking in West Africa is a major problem, it’s growing rapidly, and we expect it to grow over the coming years,” he said at the June 23 hearing.

The repercussions are far-reaching, Weschsler warned. “This endangers peace, stability, democracy [and] our efforts to promote security sector reform in West Africa, and poses an increasing threat to both our Africa and our European partners,” he said.

Weschsler pointed to initiatives already under way, in which Africom is working hand in hand with U.S. Southern Command’s Joint Interagency Task Force South, the Defense Intelligence Agency, Naval Forces Africa and others to monitor the drug flow and support projects aimed at stemming it.

Projects already under way in West Africa include constructions of boat and refueling facilities for the regional navies and coast guards, student sponsorship for classroom training, construction of a screening facility in Ghana and establishment of an information fusion center in Cape Verde, he said.

“All these programs are — it must be stressed — a result of a real interagency development process, and that’s critical for the success of any of these programs,” Weschsler said, emphasizing the need for more and closer cooperation.

The time to deal with the drug trafficking problem, he told the committee, “is now, before it undermines our strategic interests on the African continent.” 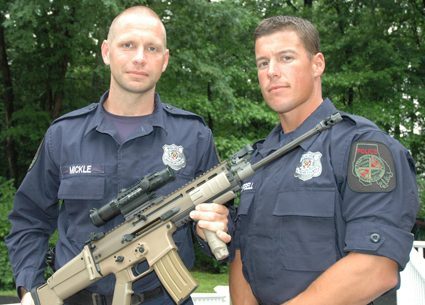