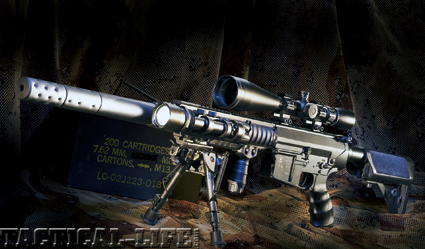 This replica KAC SR-25 by Echo 1 allows you to mount real accessories like a TangoDown vertical grip, scope, Harris bipod, SureFire WeaponLight, and even a suppressor. Hiro Soga Photo

Thanks to some of the most restrictive gun laws on the planet, airsoft shooters can take to the game fields with truly accurate replicas of some of their favorite military firearms.

The development of airsoft guns originated from the non-firing replicas created by Japanese gun enthusiasts who were forbidden, by their super-strict federal laws, from owning real firearms. These plastic and pot metal replicas exactly aped their real-life counterparts and allowed collectors to acquire famous and infamous weapons like Dirty Harry’s S&W Model 29 .44 Magnum, Uzis and WWII machine guns and battle rifles. I bought many of these guns when they were imported into the U.S. in the 1970s and 80s by Collector’s Armory in Virginia. These guns, purchased in the pre-“orange muzzle” days, were very cool and very accurate looking, but at the same time frustrating because model numbers and manufacturers’ logos had to be ground off to prevent lawsuits.

Onward & Upward
Meanwhile, in Asia, collectors were not just satisfied with these inert replicas. They could cycle the actions and remove magazines, but they still couldn’t shoot them. This led to the development of “plug-fire” blanks that loaded plastic BBs into realistic metal cartridges that were propelled by caps very similar to those used in toy pistols. Some of these plug-fired M-16s and submachine guns would actually cycle like real firearms, in semi- and full-auto modes. The plug-fire blanks were a pain to use; they had to be unscrewed, loaded, put back together, and sometimes they didn’t go off. 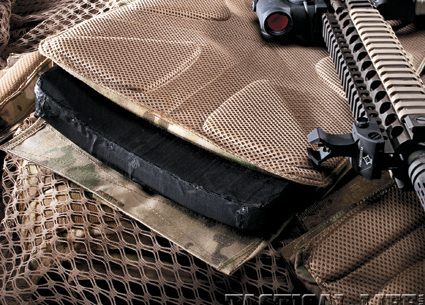