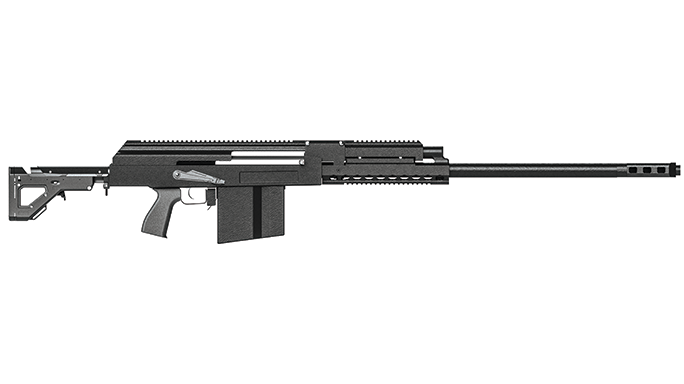 1 of 2
AK-50: An Exclusive Sneak Peek at The AK Guy’s New .50 BMG
“While the AK-50 hews to the original design in many important ways, Herrera is also bringing in updates, modifications and enhancements where he feels they may be beneficial.” 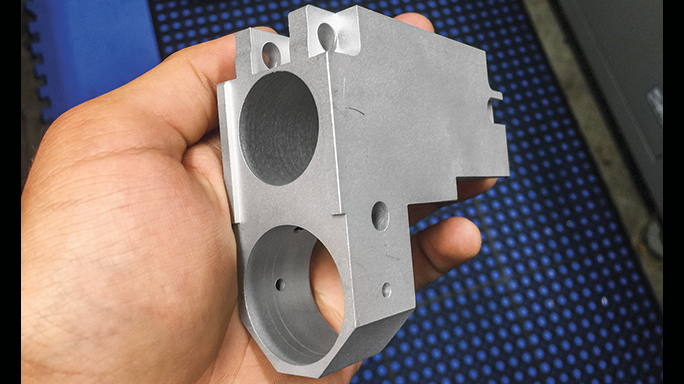 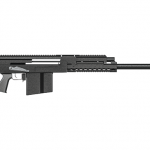 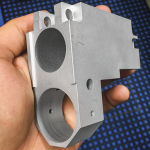 When one considers the AK, innovation is not exactly the first thought to come to mind. Admittedly, Kalashnikov’s creation was a paradigm-shifting design at its introduction, but at its heart it is still a reasonably traditional firearm. It employs simple, direct and straightforward operation with one unbending goal—utter reliability. But what if someone were to take the design up a step (and I mean that both literally and figuratively)?

Thanks to the efforts of Brandon Herrera, otherwise known as the “The AK Guy,” we may just have that option very soon. Still in the developmental stages at the time of this writing, The AK Guy is working on adapting the AK platform to the .50 BMG cartridge. Yes, you read that right. Someone is working to adapt what many consider to be the ultimate small arm to fire the ultimate small-arms round.

“If you want to enter an industry, you can’t just do what other people are doing. You have to bring something new to the market. If this isn’t new, I don’t know what is,” Herrera told me in a recent interview on this intriguing new project. “I wanted to push the platform to its absolute limit, and I think that’s exactly what we’ve done here. I might be the new kid on the block, but I want to start out with a bang.”

If this project comes fully to fruition, it could be one of the most interesting additions to the AK family, and one that is sure to appeal to AK enthusiasts—among whom Herrera counts himself. “I am an AK guy to the core. I love the platform, and I’ve found that’s the key to success in the AK world. You have to start by loving the rifle.”

I asked him what hurdles have been involved in the AK-50 project. “The coolest thing about the AK-50 is that we didn’t have to sacrifice much AK to make it a .50. The essentials are still there; it’s basically just a bigger, badder AK with exponentially more power.”

As he explained the details of the design, I began to see his point. At its heart, the AK-50 still retains the merits of the classic Kalashnikov design. And the most important part of the AK, its operating system, is employed in the AK-50. It features the rock-solid, long-stroke piston operating system that has kept AKs running the world round in the worst of conditions. Also of note is the fact that the AK-50 accepts standard AK stocks, pistol grips and fire control parts. In addition, he told me that the gun will be made from mostly 4140 steel, with the exception of a few low-stress parts that will be milled aluminum. “There will be no cast parts on my gun,” he confidently explained to me.

While the AK-50 hews to the original design in many important ways, Herrera is also bringing in updates, modifications and enhancements where he feels they may be beneficial. “We are actually able to make the AK, one of the simplest designs out there, even simpler. One of these changes is the quick-release pins added to the gas tube and a hinged dust cover. This makes the dust cover hinged, yet easily removable. It also makes those stiff, finger-pinching gas tube releases obsolete. Taking these pins out is as simple as a good push, much like the takedown pin on an AR-15 and other modern designs,” he explained.

The sighting plane setup is also quite different than a traditional AK. “Since it is a flat top, we’ve also eliminated the need for a front sight block to be pinned to the end of the barrel. This takes excess weight off the front end of the gun and improves barrel harmonics,” he told me.

The plan is to offer the gun in two variants—one with a 28-inch barrel and a carbine-sized model with a compact, 20-inch barrel. It will feed from unmodified Barrett M82 magazines. The estimated MSRP of the AK-50 will be $6,999. Needless to say, we plan on closely watching this project as it matures and hope that it comes to fruition. Who would not want a .50 BMG AK?

For more information and updates as the AK-50 project moves along, keep an eye out on theakguy.com. 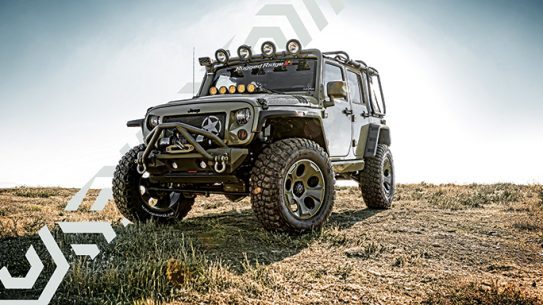 The Kilroy is a terrain-conquering machine built from the 2014 Jeep Wrangler Unlimited Rubicon...