by Todd Burgreen
in Guns
0

2
SHARES
4
VIEWS
Share on FacebookShare on Twitter
Todd Burgreen photo
Many gun designers and manufacturers are constantly searching for the “perfect” rifle and cartridge combination. This often leads to adapting military-pattern weapons and calibers, thus taking advantage of the initial testing the military performs in terms of a weapon’s reliability and effectiveness. This isn’t to say military weapons are to be blindly followed as the optimum development in a rifle—just that millions of dollars and countless hours of research and development should not be ignored as a starting place. For example, the AR platform has expanded beyond Stoner’s expectations in terms of its adaptability and flexibility. The modular nature of the design, combined with advances in CNC machine technology, allows for rails and other enhancements beyond what could have been imagined over 50 years ago. In fact, not only is the AR the bestselling civilian and law enforcement rifle in America, but with the U.S. training and equipping so many armies around the globe, it’s quickly taking the world by storm. 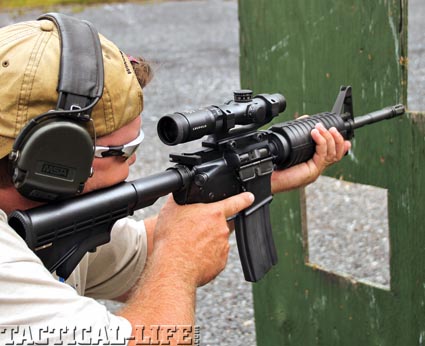 This has caused many manufacturers to jump on the AR bandwagon in recent years by offering their versions. Of late, the most attention seems to be on “improving” the AR platform by developing piston-driven ARs in lieu of Stoner’s original gas impingement design. Whether or not piston-driven ARs are superior to their gas impingement brethren often generates heated discussion. Alexander Arms has upped the ante by going a different route and enhancing the AR’s chambering—first with the .50 Beowulf and more recently with the 6.5 Grendel cartridge.

There is a strong current of thought within tactical circles that, despite the 5.56mm’s many positive attributes, there may be a need for a round with even greater stopping power. While the basic M16 design is hard to improve upon when it comes to reliably launching bullets downrange accurately, many have lamented the 5.56mm caliber. The last frontier with the AR is caliber expansion that fits within a standard 5.56mm lower receiver. Though the 7.62x51mm AR has been around for quite some time, the 7.62mm AR’s increase in size and weight in terms of necessary receiver size, ammunition and other accessories to accommodate the larger cartridge are drawbacks to many. This is where an AR chambered in the 6.5 Grendel comes into play, and it should be of significant interest to the law enforcement officer looking for a capable patrol carbine. 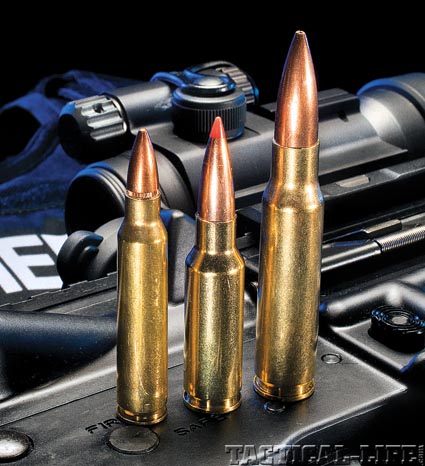