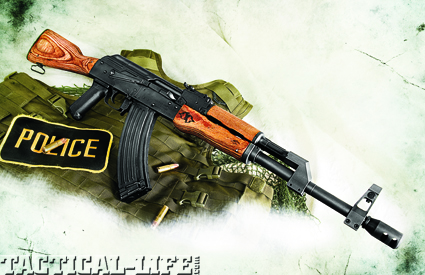 Although AK-47 in appearance, Alliance Armament’s .460 yields a big bore rifle with penetration and stopping power to spare.

Attending a tracking school several years ago, the discussion of a “brush gun” came up. This particular trainer had spent many years in African countries tracking all kinds of critters — many of them were the four-legged variety, but most were criminals and poachers. Obviously very dangerous work, this gentleman was clearly good at his job and had some very strong opinions about what weapons to use in this endeavor. For most of us in the American law enforcement world the predominant weapon has been the AR15/M16 in 5.56mm, but as you might expect this would not be his first choice. He preferred something in 7.62mm or bigger, having an appreciation for short-barreled M1A rifles. When tracking poachers you could get yourself killed by not only your prey, but ironically by the wildlife of the area you aim to protect. A 7.62x51mm cartridge does not always deter most creatures that would see you as either a threat or dinner. It is not uncommon to see a big game gun with a short barrel fielded as either a primary or secondary weapon.

There is just nothing like a big bore rifle to stop prey and be undeterred by woods, trees, or other armor. Anyone who has seen what a 400-grain projectile traveling at a mere 1,600 feet per second (fps) can do will attest to that. High velocity is great at long ranges, but big, hard bullets are the way to go when the typical range is under 200 yards and the bullet needs to penetrate thick skin, woods, or car doors. 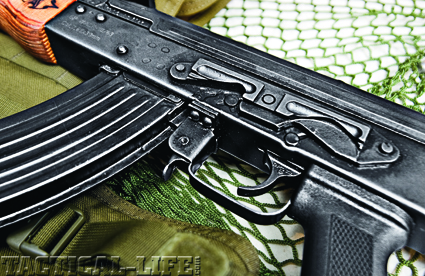 While it appears to be a standard AK, this rifle is put together particularly well. Everything fits tightly, works smoothly, and the finish is excellent.

What would have been really nice was a semi-automatic platform shooting a big bore cartridge. Nice idea, but one of the problems is that typically flat bullets do not always lend themselves to autoloaders. That does not even take into account dealing with the gas system typically needed to operate a bullet with that kind of mass. Lever guns come close, and you can certainly get pretty good with one, but it is still a tube fed
gun — for a dual-purpose tracking rifle, a removable magazine would offer a serious advantage.

One of the more successful attempts at this concept in a typical assault rifle was the .50 Beowulf, manufactured by Alexander Arms, which provided what was essentially .45-70 ballistics in an AR15. Having the opportunity to shoot one of those early on, it was fun — especially when you consider it provided the opportunity to use them in full-auto. No matter where you stood regarding the failure-to-stop issues expressed by many currently fielding M4’s, there was no doubting the knockdown power of a gun set up to shoot the .50 Beowulf. Such a cartridge would add new definition to the “one-shot-stop” theory. There have been some other attempts out there for sure, as every builder out there has tried to make a wildcat work out of an AR. 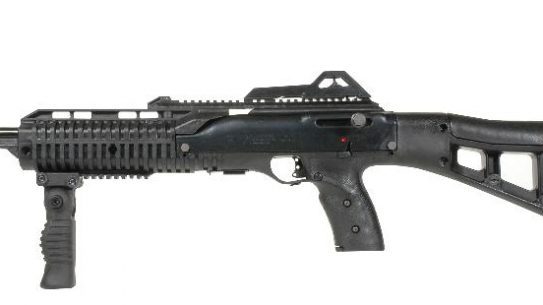 Although AK-47 in appearance, Alliance Armament’s .460 yields a big bore rifle with penetration…