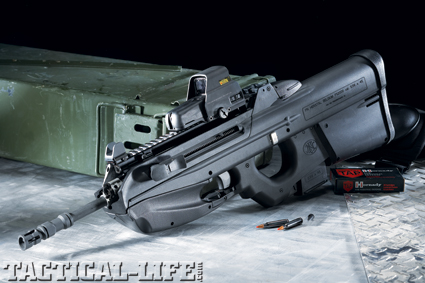 Slovenia lies in Central Europe bordering Austria, Croatia, Hungary and Italy. Slightly smaller in size than New Jersey, its terrain is dominated largely by the mountains of the Alps. Mountain life is deeply embedded in the culture of Slovenia, so much so that the country’s coat of arms and flag are emblazoned with the image of Triglav, the highest mountain peak. Although relatively small in size, Slovenia controls some of Europe’s most important transit routes. Slovenia became a sovereign nation in 1991 after a brief war of independence from the Serbian-dominated government of Yugoslavia. During this 10-day war the forces of Slovenia decisively defeated the Yugoslav National Army.

In 2003 the Slovenian Armed Forces were formally established and structured to preserve Slovenian sovereignty, respond to crucial incidents domestically, and support international stability as well as peace operations. In 2004 Slovenia became a member of the European Union and NATO. As a result, the Slovenian Armed Forces have been integrated into the EU Battle Group and NATO command structure. Slovenia has since provided peacekeeping forces in Bosnia and Herzegovina, Kosovo, Cyprus, Chad and Lebanon. Slovenia is also a member of the Coalition fighting terrorism and has deployed troops to Iraq and Afghanistan.

The Military Mountaineering Course is six weeks in length with the course divided between three weeks in the summer and three weeks in the winter. This course covers many sub-categories such as rigging, shelter construction, cross-country travel on rough terrain to include using snowshoes, environmental and terrain limitations on personnel and equipment, land navigation and survival. A two-week Military Skiing Course teaches students basic and advanced skiing techniques. The Military Climbing Course lasts five weeks.

High Altitude Mobility
Conducting combat operations on mountainous terrain is obviously a very difficult task both tactically and logistically. To prepare individual students and units for this kind of battle the Mountain School offers the Mountain Warfare Course. Four weeks of instruction are taught in summer and three weeks are taught in winter for a total of seven weeks. Patrolling, camouflage techniques, tactics, helicopter employment and unit movement are among the topics covered in this course. Graduates of this intense and demanding course certainly qualify as being elite soldiers. Mountain School courses are also offered to military students from other countries. Personnel from Austria, Belgium, Croatia, Czech Republic, France, Hungary, Italy, Kazakhstan, Macedonia, Netherlands, Poland, Portugal, Slovakia, the United Kingdom and the United States have attended.

A number of units of the Slovenian Armed Forces excel in mountain operations. The Mountain School works in close cooperation with the 1st Brigade, the 15th Helicopter Battalion, the elite 132nd Mountain Battalion and the Helicopter Rescue Team. The 1st Brigade is a battle formation composed of three infantry battalions and a logistics battalion. The 132nd Mountain Battalion is composed of nearly 600 soldiers that are superbly trained, very physically fit and acclimated to handle the extreme environmental conditions of mountain warfare. The 15th Helicopter Battalion operates Bell 412 and Eurocopter AS 532 Cougar helicopters in support of mountain operations and training. Military and civilian air-rescue missions are carried out by the 11-person Helicopter Rescue Team. These personnel are graduates of the various courses of the Mountain School and work with aircrews of the 15th Helicopter Battalion.

Specialized Weaponry
Slovenian soldiers conducting mountain operations are well equipped with a variety of individual small arms and crew-served weapons. Two different assault rifles are presently in service. The older of the two is the Zastava M70 rifle. This rifle is based on the designs of Kalashnikov and is essentially an improved AKM. Like the AKM the M70 is chambered to fire the 7.62x39mm cartridge and is selective fire. The M70 enjoys a reputation as one of the best Kalashnikov copies due to Zastava’s high standard of workmanship. The M70 is available in two configurations: a fixed stock variant, the M70B1, and an under-folding metal stock variant called the M70AB2. Both feature a folding rifle grenade sight attached to the weapon’s gas port. A detachable spigot type grenade launcher must be mounted onto the treaded muzzle in order to fire rifle grenades. When raised into the aiming position, the sight mechanism turns off the gas supply to the piston. This, and the use of a special grenade-launching cartridge, allows the rifles to launch various types of grenades.

New Status, New Weapons
When Slovenia joined NATO in 2004 it began a program to upgrade its equipment to NATO standards. Part of this program was the selection of a new assault rifle. After a period of test and evaluation Slovenia picked the FN Herstal F2000 rifle in 2006. The F 2000 is a compact, bullpup type assault rifle that can be fitted with a variety of accessories. It has largely replaced the legacy M70 rifles which are now used as limited standard. The rifles procured included specific features requested by the Slovenian Armed Forces. Because of this the rifle is designated as F2000S, with the S added to indicate it is the Slovenian model. In order to conform to NATO standards the F2000S is chambered to fire the 5.56x45mm cartridge and uses the M16-type magazine common in most NATO armies. Modular design features enable the rifle to accept rail-mounted accessories such as electronics, hand grips and optics. A variety of optics are in use by the Slovenian Armed Forces, however the most commonly used on the F2000S is the Aimpoint CompM2 reflex sight.

The bullpup design of the F2000S allows soldiers to operate and maneuver in a variety of situations with ease. The compact rifle is especially of value to mountain troops who would be greatly hindered by the bulk of a larger rifle. Although it is short in overall length, the F2000S retains a full-length barrel. As a result the F2000S is as accurate as rifles of conventional layout. In order to provide Slovenian soldiers armed with the new rifles with more firepower the FN Herstal GL1 grenade launcher was also selected for use. The design of the GL1 grenade launcher allows it to be mounted onto the F2000S rifle by removal of the standard triple rail hand guard. Because it was engineered specifically for integration onto the F2000 series rifles the GL1 retains the balance and ergonomics of the weapon. The GL1 is capable of firing all NATO 40x46mm low-velocity grenades.

For personal defense and other special applications, Slovenia uses both pistols and submachine guns. The standardized pistol is the Beretta Model 92FS in 9x19mm NATO caliber. The 92FS semiautomatic pistol operates on a short recoil, delayed blowback system. This system results in fast cycle times, delivers accurate shot placement and is reliable. The open-top slide greatly decreases the chance of feeding malfunctions. This is an important feature for mountain troops operating in snow conditions. The standard submachine gun is the Heckler & Koch MP5. Ease of handling, reliability and accuracy are all attributes of this near universally used weapon. It is chambered to fire the 9x19mm cartridge and models with fixed and retractable stocks are in use.

Mountain Sniping
One of the most combat proven sniper rifles used by Slovenia is the Zastava M76. The M76 is a semiautomatic rifle based on the proven and reliable Kalashnikov operating system. It is widely believed, incorrectly, that the M76 is just a copy of the Russian SVD. One major difference is the use of the 7.92x57mm cartridge in the M76. This caliber is common in the countries that were once part of Yugoslavia and its use dates back to the World War II invasion and subsequent occupation by German forces. French firearms manufacturer PGM Precision produces Slovenia’s most modern sniper rifles. These include the Ultima Ratio chambered in 7.62x51mm NATO, the Mini Hecate chambered in .338 Lapua Magnum (8.6×70 mm), and the Hecate II in .50 caliber BMG (12.7×99). All three of the PGM Precision rifles are bolt-action and are extremely accurate.

In the category of machine guns the Slovenian Armed Forces are well equipped with different models produced by FN Herstal. The lightest weapon, and therefore the most popular with mountain troops, is the MINIMI Para. This compact piece has a retractable stock and is chambered to fire the 5.56x45mm cartridge. It can use belted ammunition or use the same box magazine as the F2000S. The 7.62x51mm MAG general purpose machine gun has superseded the legacy M-52 machine gun that fired the 7.92x57mm cartridge, which did not meet NATO standards. For heavy automatic fire the .50 caliber (12.7×99 mm) M2HB-QCB is used. Due to its weight and bulk this weapon must be packed-in disassembled or delivered by helicopter during mountain operations. Both the MAG and M2HB-QCB can be transported by sled pulled by skiers during the snow season.

Slovenian Armed Forces are among the world’s best trained alpine warriors. Add to that the modern equipment that has been procured and the result is a highly capable force ready to defend, provide emergency assistance, and cooperate with international partners to promote peace around the world. 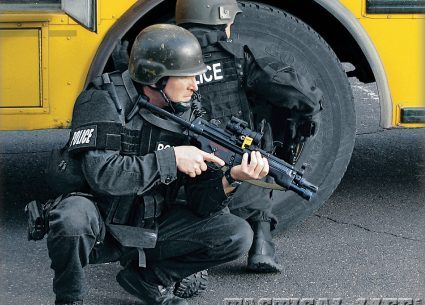