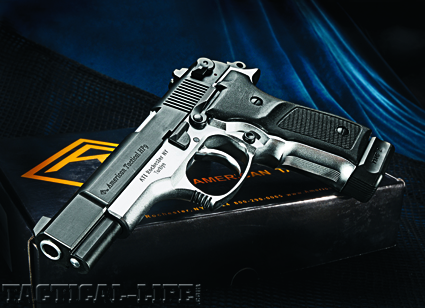 The one criticism that I often hear from officers is, “Why don’t you guys write about guns that everyone can afford?” It’s true that articles and sexy photographs of high-dollar handguns sell magazines but it is also true that these expensive guns are out of the reach of the majority of the readership. That’s why I jumped at the chance to write about American Tactical Imports (ATI) new HP9, a full-size DA/SA (double-action/single-action) autopistol with a suggested retail price of just $399 — a price that will put the gun within the reach most officers on a budget.

ATI is a relatively new company that is well-known for offering consumers interesting firearms from around the world. ATI’s President and CEO, Tony DiChario, told me in a recent phone interview that he has agents around the world looking for quality products at very affordable prices.

DiChario said, “I have an agent that lives in Turkey and is an ex-military man and he knew of this company called Trabzon that is renowned for their reputation for quality products built for military and police. I arranged to go over and was very impressed with their state-of-the-art machinery, and the hardness and quality of the steel that they use. There are many smaller European countries whose military and police use their pistols. So, the quality and design are there.”

Gun Details
ATI named their new autopistol the HP9, an obvious tip of the hat to the Browning Hi-Power. Examining the pistol, the only similarity I could find between this pistol and the Hi-Power is the relieved slide profile near the muzzle. But the HP9 had a strangely familiar feel to me and it took me a while to figure it out. Heading to my gunsafe and removing a Beretta 92FS, I soon realized why the HP9 felt so familiar.

The bottom half of the gun copies the Beretta pistol. Both guns share a DA/SA trigger system with a slide mounted manual safety/decocker. The HP9 has its magazine release, slide lock and takedown levers in the same places. Its triggerguard profile, tang and backstrap are also closely copied. In fact, the biggest difference that I see on the frame is the HP9’s inclusion of a finger-positioning groove on the frontstrap. While its addition is somewhat puzzling, I found that it really did not bother me or hamper my shooting with the HP9 as I predicted that it would have.

Though the slide features the Beretta style safety/decocker, the HP9’s similarity to the Beretta 92 ends there. The HP9 uses a different style of lock up that involves a squared breechblock locking into the ejection port in a manner similar to Glock and Sig Sauer pistols. This change also gives the gun a much slimmer slide profile, about 14% thinner, measured from the top.

Like the Beretta guns, the HP9 uses a frame machined from aluminum alloy. DiChario says that the frame is hard chromed after final machining and that process brings the frame’s surface hardness to an incredible 64 Rc Rockwell hardness. It’s an attractive finish that looks very much like stainless steel and is very easy to clean firing residue from.

One feature that aids in the flawless functioning of the HP9 is the almost straight feed design. The barrel possesses a short, polished feedramp, but hand-cycling rounds through the gun showed that most rounds never even touched the feedramp as the round slid from the magazine into the chamber.

My test sample came with one 20-round magazine. The polymer basepad extends about 0.63 of an inch below the bottom of the frame and exacerbates the large size of the already full-size pistol. DiChario did tell me that flush fitting 18-round magazines are available for this pistol and those would probably be my choice if I were to carry this pistol. Beretta 92FS magazines, while close in dimensions, will not work with the HP9 as the magazine release cut is in the wrong position.
Shooting Impressions

I have to admit that I wasn’t prepared for the amount of accuracy that the HP9 displayed. I initially set my targets out at 15-yards thinking that a gun in this price range would probably be capable of printing 2- to 3-inch groups. In other words it would have accuracy that we have come to expect from most full-size service pistols. But much to my surprise, about half of the ammunition that I tried printed groups under an inch. I fired all groups from a seated position, in single-action mode, and used a Millett BenchMaster for support. My single best 5-shot group was recorded with CorBon’s +P 100-grain Pow’RBall loads and measured just 0.78 of an inch.

While recoil in the Pow’RBall is more substantial than ball loads, it does not feel unpleasant in the least to shoot and there was nothing to indicate that this particular load was unduly harsh on the HP9. The patented Pow’RBall load features a polymer ball crimped into the nose of the bullet. The ball gives the cartridge a FMJ profile and helps guide the bullet smoothly into the chamber. The jacketed bullet’s lead core is shaped into a specially designed cavity that promotes deep penetration and high weight retention. An advantage of this bullet is that it does not have an empty hollow point that can become plugged with clothing or other material and lose its effectiveness. It’s also not classified as a hollow point if you live in one of the jurisdictions where these types of bullets are prohibited.

I took two of my MGM steel targets out to do some field shooting with the HP9. Working from the Uncle Mike’s Kydex holster I found that I could easily lay controlled pairs on the steel. I’m hesitant to even mention my splits or time between shots as this is more a function of the shooter than it is the gun. Using the Winchester 115-grain FMJ rounds my average split was just 0.27 of a second. Controllability of the HP9 is exactly what you would expect of a full size service gun firing the 9mm cartridge.

Recoil even with the hotter defense loads was negligible and making successive hits on multiple targets was effortless. I found the safety to be somewhat stiff at first but it did smooth out considerably by the end of my evaluation. It was much easier to disengage the safety than to engage it and I often used my off-hand to reengage it.

The one criticism that I often hear from officers is, “Why don’t you guys… 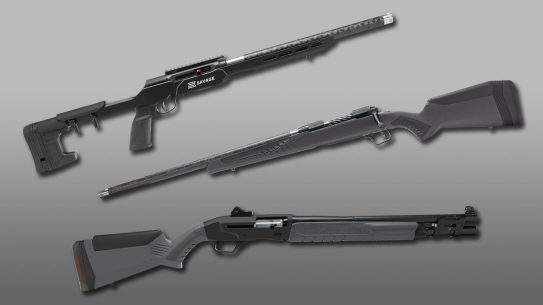 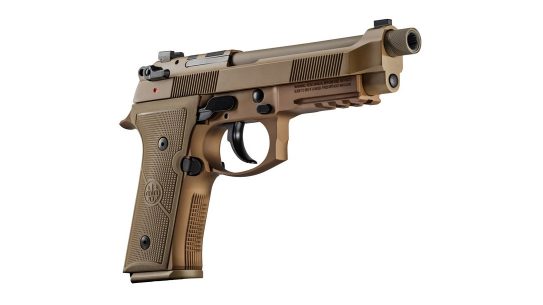 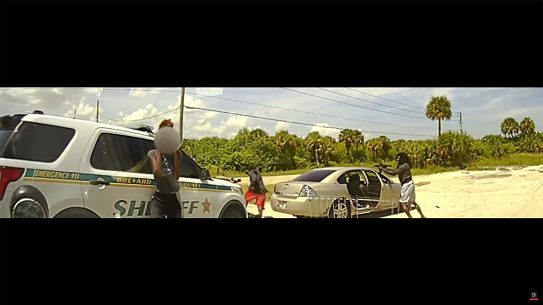 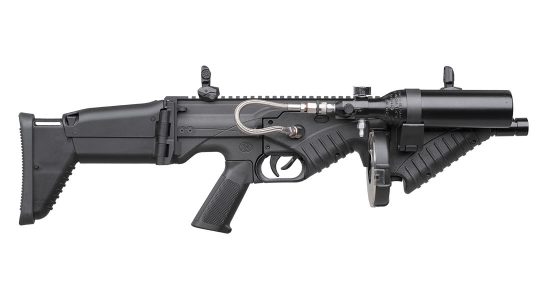 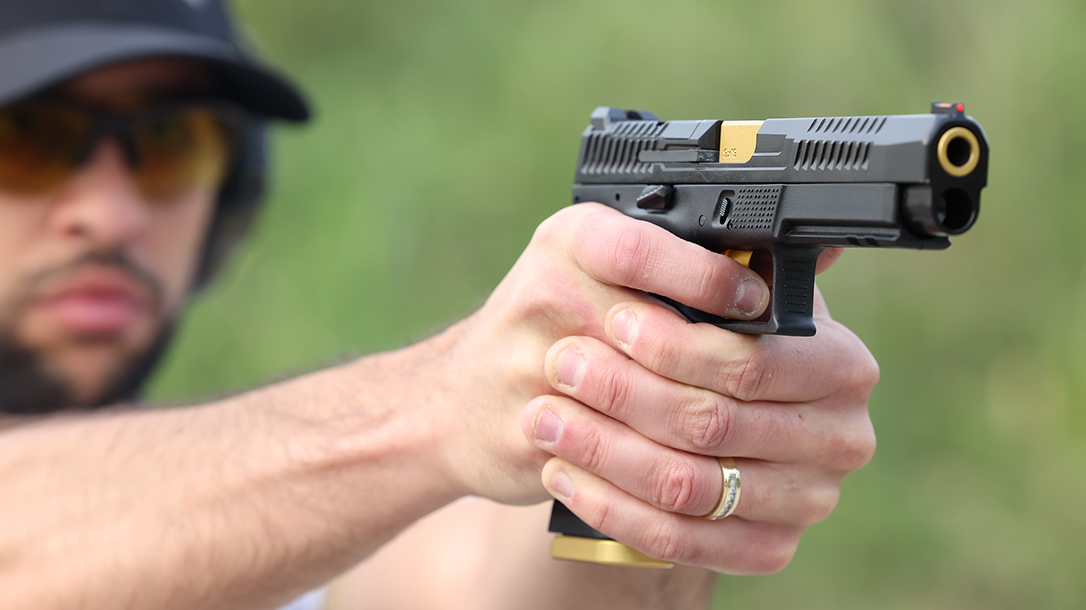 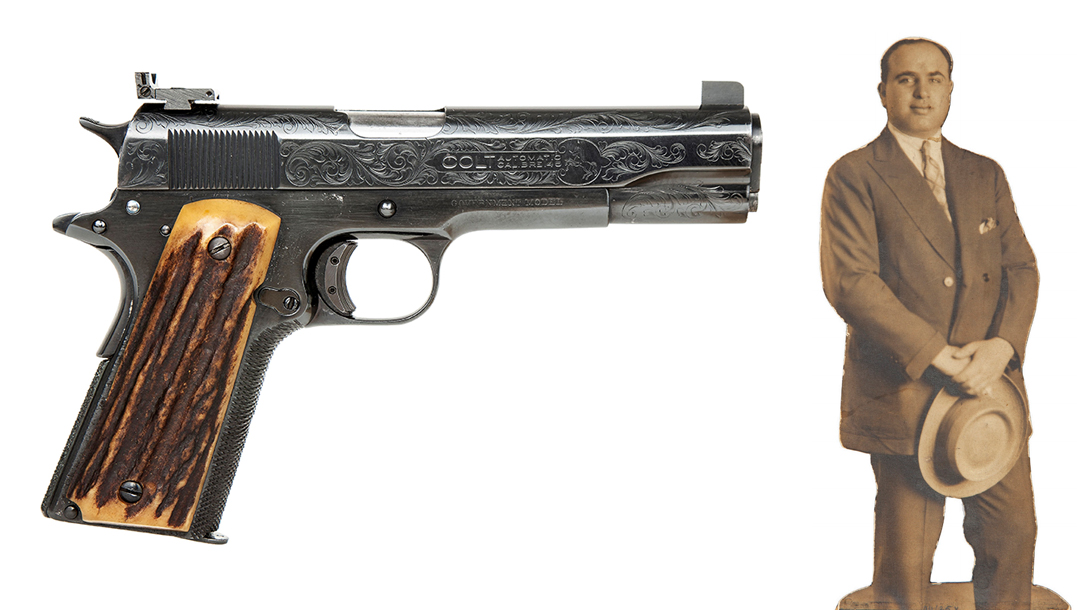 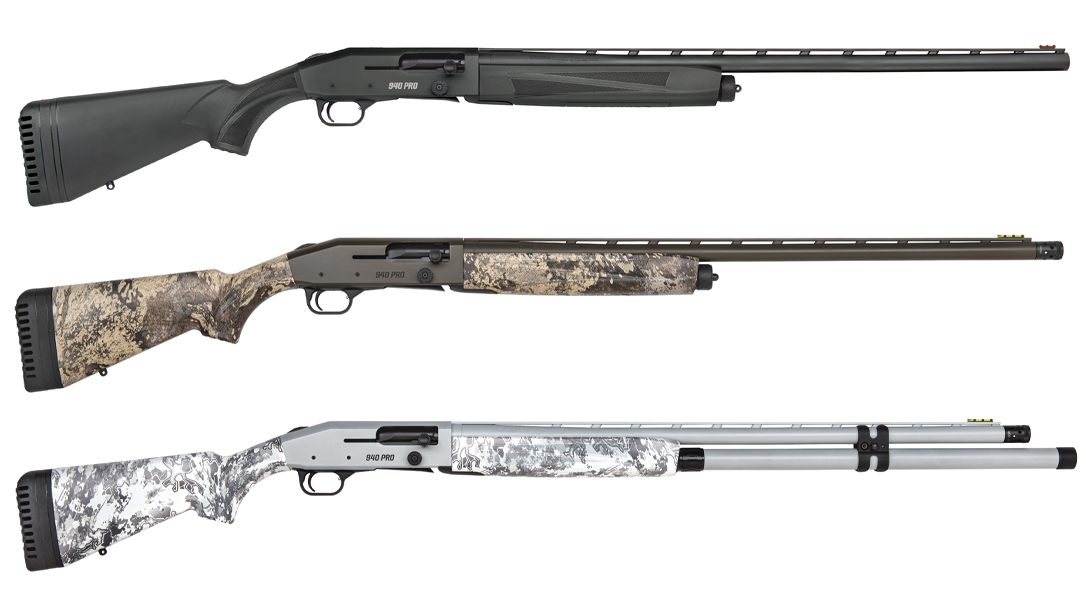 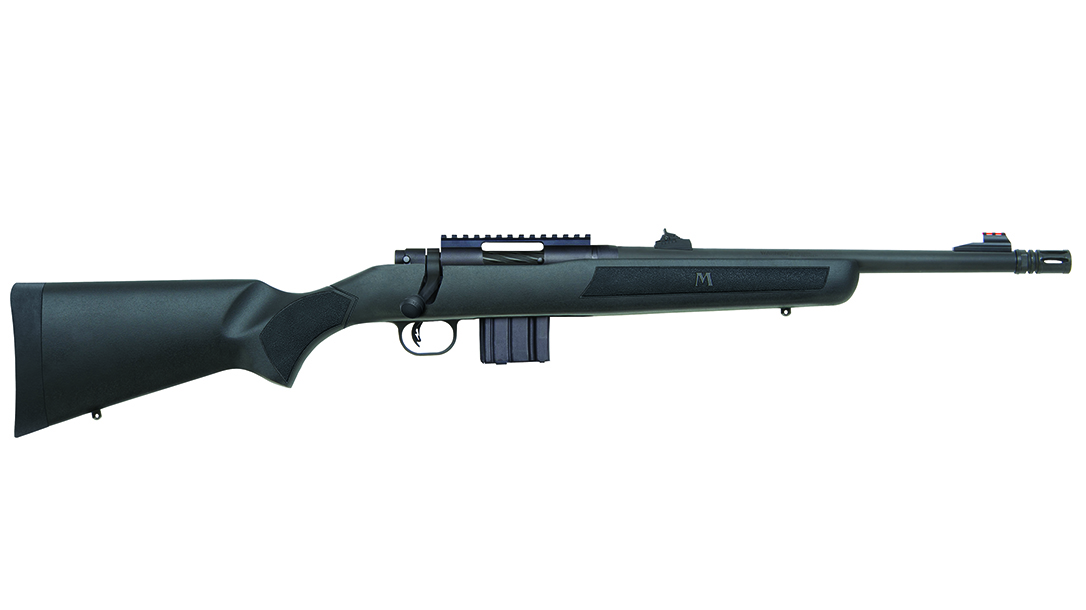