by Ballistic Staff
in Guns
0

1
SHARES
3
VIEWS
Share on FacebookShare on Twitter
Second Amendment rights are always under fire. Gun control advocates specifically call the AR platform rifle and its merits into question. Then there are those of you in the “unfree states” who have to settle for a featureless AR-15.

So we turned to a panel of experts to give us their thoughts on the AR platform. We tasked them with answering the question, “Why should every American be able to own an AR platform rifle?”

If you’re unfamiliar with those names, then you need to start reading more Ballistic Magazine. Read what our four experts have to say below. 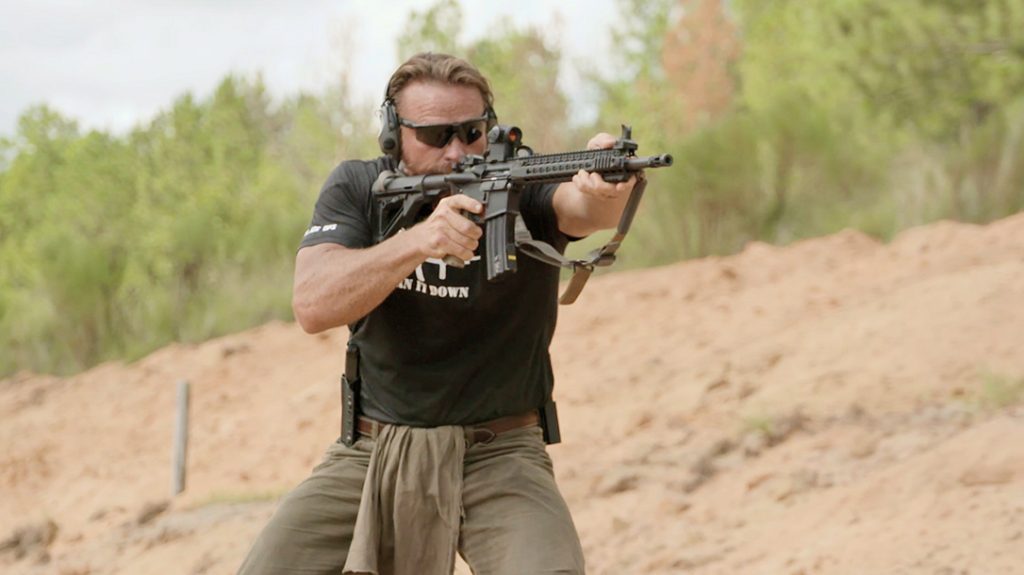 Every American has a right to protect himself. It is not only your right, but your responsibility. In an era of uncertainty, we need to be our own first responders. We cannot rely on law enforcement to assist us at a moment’s notice.

Intuition and situational awareness are traits we humans are born with. They are embedded in our hard drives to keep us away from harm. As a responsible citizen, we should also rely on mechanical advantages to increase our level of safety.

As with any mechanical device, such as a firearm, it is not going to be utilized effectively without the proper training. Some firearms require more training than others in order to ensure that we can hit what we are intending to.

As opposed to a pistol, an AR platform requires less training exclusively due to the ergonomics of design. It is America’s gun. It is accurate, reliable, safe, modular and fun. For these reasons it is not only a perfect home defense weapon, but an amazing hunting and sporting rifle.

Nowadays, the AR platform is under fire from the anti-gunners. They name it an “Assault Rifle” and call it a “Weapon of War.” They paint myths of epic proportion of its capabilities. This is all bullshit and a ploy to disarm your notion of ever purchasing one. Which is why now, more than ever, you should own an AR.

There are countless manufactures and a never-ending list of associated “bolt on” and “drop in” gadgets and gizmos. The design has stood the test of time and has proven itself for decades whether during conflict or sport.

An AR-15 is the rifle to own if you only owned one rifle. 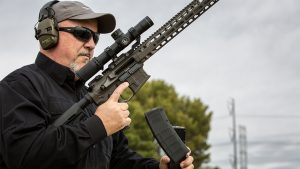 With the fabricated media circus and manufactured outrage surrounding the AR-15, I feel compelled to share my thoughts on just why every American should own one and the purpose they serve.

In specific terms the AR platform rifle is a utilitarian masterpiece. It is a fantastic weapon for home defense. While handguns have their place, the AR-15 has greater stopping power and will serve you better against a dangerous adversary.

Secondly, contrary to what some of the misinformed believe, it easily useable for hunting. The .223 round is versatile and is a great tool to help put dinner on the table.

Lastly, it is enjoyable to shoot. This point is important because that in and of itself can help us bring more people into the shooting world. They can be shown that it is not the scary doom slayer that it is portrayed as and is in fact fun to shoot.

Ignorance about the AR-15 or modern sporting rifle is rampant, and we should take every opportunity to educate our friends about this classic gun.

The last thing I would say about why you should own an AR-15 is simple: It’s because you can. There is nothing more innately dangerous about the AR-15 than there is about a blender. The AR-15 has become the iconic symbol of gun ownership. This is the reason the left has so demonized it.

Unless you live in a communist stronghold state, you can legally own an AR-15. If you don’t own one now, you should march down to the local gun shop and buy one now. Why? Once again, because it is your right.

What you will find is that the rifle is fun to shoot and can fit many roles. As we take a turn towards a wanna-be Europe, I encourage you to exercise your rights. Rights that aren’t exercised quickly fade away. In the end, buy an AR-15, walk out of the gun store and say, “God Bless America!” 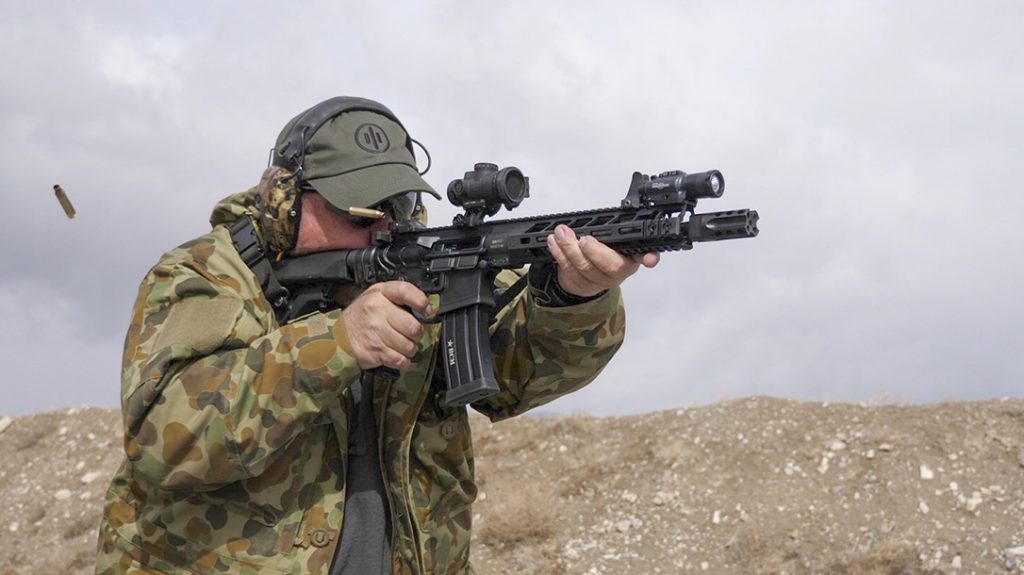 Every gun-owning household should have an AR platform rifle, especially where teenagers or younger adults are present. It has become one of the most prolific rifles in America, meaning they can be encountered almost anywhere.

The ability to safely and properly operate an AR becomes critical if for no other reason than to be capable of rendering it safe when encountered at home, someone else’s home, or anywhere else. Ignorance is not bliss when it comes to handling firearms and you cannot always leave it untouched. Being able to confidently handle the most likely rifle you will see in America today only makes everyone safer.

Everyone is responsible for their own safety and the AR is one of the most versatile weapons to date for self-protection.

AR platform rifles (or pistols) can be as or more affordable than many handguns today in almost infinite configurations. It is useable for home or self-defense, target shooting, hunting, and competition. Given today’s ammunition, it can be setup to be effective in any environment.

The security and safety of every home and everyone in it lies with us whether it’s across the room or the farm or field. Having an AR levels that playing field when it can be safely operated and accurately applied by just about anyone, including younger family members.

Lastly, it is not only incumbent upon each and every American to protect themselves and their own, but their country. It is the very reason the Second Amendment immediately follows the First. It is the protectorate of all other freedoms enumerated therein from anyone that would endeavor to infringe upon them. No rifle in America today is more widely available, versatile and easily used than the AR, making it perfect for the task of ensuring freedom for all. 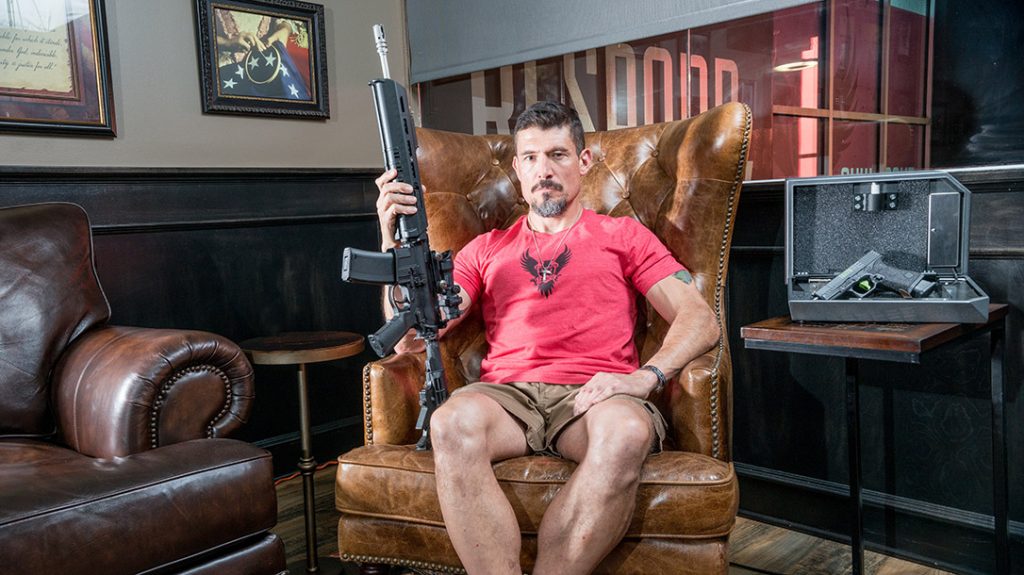 As the crazy anti-gun politicians, media and some of general public continue to rail against good, law-abiding Americans’ Second Amendment rights — and specifically against purchasing and owning an AR platform rifle — I’ve been asked to put in my two cents. Like it or not, you’re going to get it with honesty and little political correctness.

I whole heartedly believe every American should have the right and opportunity to own an AR platform rifle.

Do I believe every American should own an AR? No. There are many, specifically the younger generation and the left “elitists” that don’t have the knowledge or responsibility to own an AR rifle unless they have been brought up with personal responsibility, humility, discipline, moral character and, this is a big one, the ability to handle and learn from failure.

On the flip side though, I like to think of myself as a patriot. And as a patriot, I believe and support the U.S. Constitution, which guarantees our right to bear arms. As such I do support the view that every American should be given the opportunity to purchase and own an AR platform rifle, as guaranteed by our forefathers.

So are we going to open the floodgates and let everyone including the bat shit homicidal crazies own an AR? Hell no! We ensure this by laws that lend parameters to the purchase of AR platforms and any firearm for that matter.

Many of you already know these laws and parameters that preclude and limit those that may purchase an AR platform; they include being a felon, domestic abuse, documented use of illegal substances, DUIs, documented mental health issues and others.

All these require better due diligence be completed and followed by the seller and continually updated data base by the Justice Department. They also require, in my opinion, more cooperation between the two. I really believe the NRA should be proactive and assist as well. They have the numbers, finances and responsibility to help.

I do believe an age requirement should be in place to purchase an AR platform without a parent’s consent. I think 18 is a fair age. I’m sure some of you just cussed me out after reading that. Eh, I’ll get over it.

But think about it, in a responsible gun household, parents have a say when their teenager is going to look at purchasing a rifle. In my household, my son and I go shopping for firearms together.

This age requirement will not affect good gun owning Americans. It will, however, stop teenagers, who have had very little personal responsibility in their lives, from going and purchasing firearms on their own. This also puts more pressure on the parents to teach their children firearms responsibility and accountability. If a crime is committed with the firearm, not only is the child held responsible, but also the parent.

On a positive note, shooting is a fantastic bonding event with parents and their children. It’s an amazing experience that I enjoy with my own children. I am not concerned in the least that my kids will shoot up a school or go on a mass killing spree. They know the importance or firearms safety, life and when to use a firearm.

Also, my son has his own AR platform rifle that I gave him when he was 12. He had his first 22 when he was 7. I just want to point that out to all those who worry about an age requirement.

Since I’m running out of space, I’ll say a couple more things and leave it at that.

All you liberalists who say the AR platform is not used for hunting, uh, you’re wrong. In fact, they make fantastic varmint and larger game hunting rifles because of their magazine capacity, accuracy and minimal recoil.

They also make fantastic home defense weapons for the same reasons. Add a zero eye relief optic and any bad guy who breaks in will be wishing he picked the gun-free house next door.

We could go on and on here. This is one issue that once the AR Pandora’s box is open, arguments and disagreements will never end. It’s just how it is due to fear, ignorance, political agendas and media spin. So educate yourself, not on what the media tells you, but on firearms and specifically the AR platforms.

For all you gun-grabbers, get it through your head that it’s not the inanimate object, it’s the person behind it that kills before you open up your sucks. Disarming law-abiding citizens will only lead to more gun violence, and that’s the truth.