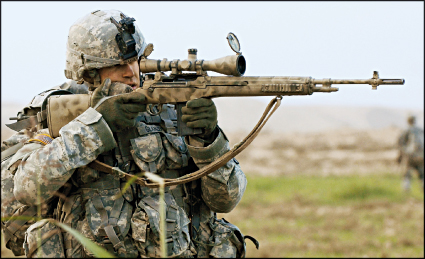 United States Army Ordnance has sometimes been criticized for being excessively conservative and uninterested in new technologies. Actually, there have been instances where ordnance personnel have actively pursued technical advances. For example, when the bolt-action M1903 rifle was being manufactured and fielded, Springfield Armory and Rock Island Arsenal were engaged in the development and testing of self-loading rifles.

T3 Rifle
Springfield Armory hired John Garand in late 1919 and he immediately began working on a semi-automatic rifle that was chambered for the standard .30 caliber cartridge. Five years later, highly respected firearms designer, John Pedersen argued that the ammunition was too powerful for use in a practical self-loading rifle and convinced the Ordnance Department to use a smaller caliber.

This decision meant that Garand had to revise his design to function properly with the lesser-power .276 Pedersen round, which he did successfully. In December 1927, the Ordnance Committee overseeing the project recommended adoption of the T3 Garand rifle. Despite this, Garand’s weapon was subjected to four more years of testing, in which it was compared with the Pedersen rifle and other .276 caliber self-loaders.