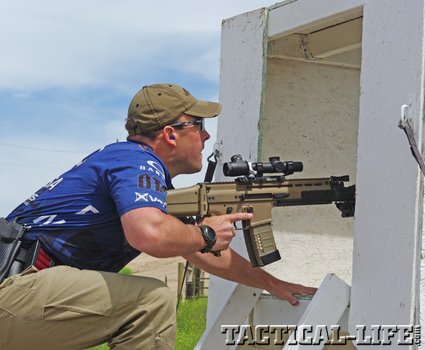 Pistol, shotgun, carbine—officers can use 3-Gun competitions to test themselves with all three of their issued patrol weapons.

Dave Neth has been an Idaho State Police officer and firearms instructor for more than a decade. Prior to that, he was a sheriff’s deputy for more than four years. But, like most shooters, I know him best as one of the world’s top 3-Gun competitors. If Dave is in the same match and class, odds are everyone else is competing for second place.
I recently caught up with Dave at a competition and had a chance to talk with him regarding his thoughts on 3-Gun for LEOs.

Dave explained why competition shooting has helped him become a better police officer. “I have been in law enforcement for 15 years and have been shooting competitively for about the same amount of time. I started competing so I could get better with the guns I was issued, but competition moved me several levels above the standard police officer’s level of training. Not only in shooting, but also, and maybe more importantly, in gun safety during stressful, fast-breaking situations. When things are tense, I can do my job much better and keep the public and myself much safer because of competition shooting. 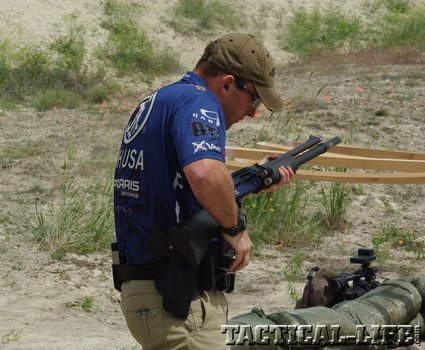 Dave Neth reloads his shotgun as fast as possible. 3-Gun competition can add a layer of realism for effective duty training.

“The complexity of competition actually trains you for more than just shooting, not the least of which is safety awareness while under stress. There is no other competitive discipline out there like 3-Gun when it comes to what it can offer for training. First, it works with all three weapons systems that law enforcement officers commonly use: handgun, carbine and tactical shotgun. Three-Gun shooting not only requires you to become more proficient in the basics of shooting and accuracy like sight alignment and trigger control with these guns, but it also teaches you a lot about safety with these firearms. When shooting in competition, we must be 100 percent safe at all times. We must do this while moving and shooting, negotiating obstacles and barricades, often with loaded firearms. These are things that we may be required to do on duty, but we likely do not train for them or have a lot of experience with them. For most LEOs, it seems like it’s only when bad things happen that we have to do these things, but in 3-Gun competition, we do them every day. 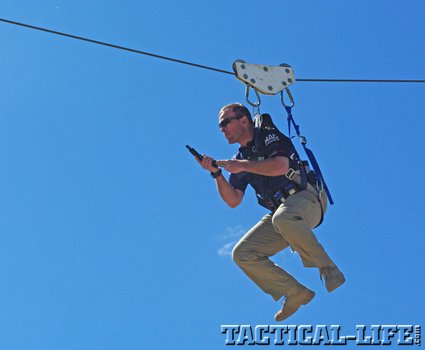 No, officers might not use ziplines to stop threats, but this forces them to think fast and act faster while still making hits count. 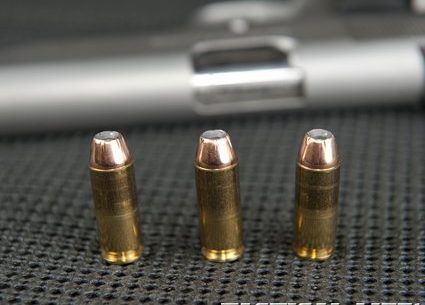 Origins of the powerhouse big bore ammo and why it still lives on today!