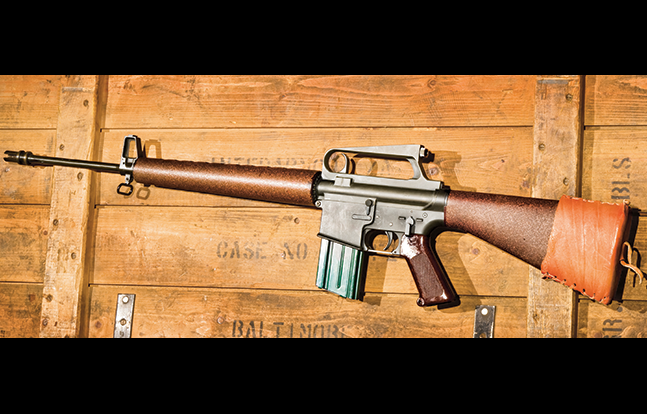 In 1955, the U.S. Army was looking for an alternative to the M1 Garand. The T44, a Springfield Armory update of that rifle, and the T48, an adaptation of the 7.62x51mm FN FAL, held promise. But Eugene Stoner, the lead engineer at the ArmaLite Division of Fairchild Engine and Airplane Corp., had a better idea.

He’d been in that position for just a year, but ArmaLite had already given the Air Force a new lightweight survival rifle, the MA-1. Stoner paid attention to that design, crafted with “the latest technical advances in plastics and alloys”—a mantra from Lockheed Corporation patent counsel George Sullivan. Stoner’s AR-10 rifle featured an aluminum receiver and plastic stock components, which kept the rifle’s weight down to 7 pounds. The bolt locked into a barrel extension. Though functional, the 7.62x51mm AR-10 had flaws, and ArmaLite had come late to the competition. Encouraged by General W.G. Wyman, Stoner followed in 1957 with an AR-15, a scaled-down rifle firing a 5.56mm cartridge. Its direct-impingement system siphoned gas in a block under the front sight to run the bolt.

Alas, the Army decided the 5.56mm NATO cartridge wasn’t suitable for battle. Hard-pressed to recoup the $1.45 million it had spent in developing the AR-15, Fairchild looked for a buyer. In 1959, Colt bought rights to both rifles for $75,000, plus a 4.5-percent royalty on future sales. Colt couldn’t persuade the Army to give the AR-15 another look, but the Air Force ordered 8,500. When the Department of Defense put the M14 out to pasture in 1963, Secretary Robert McNamara bought 85,000 Colt AR-15s.

The need for infantry rifles rose when the U.S. began fighting in Vietnam. As the M16, ArmaLite’s 5.56mm rifle got refinements, including a bolt assist and sharper 1-in-7-inch rifling to stabilize long bullets. The rifle continues to evolve. Oddly enough, Colt still owns the AR-15 trademark. ArmaLite, now on its own, has registered the AR-10 name, and trademarked the AR-30, AR-50 and M-15. 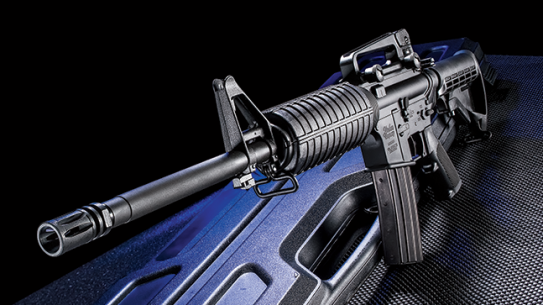