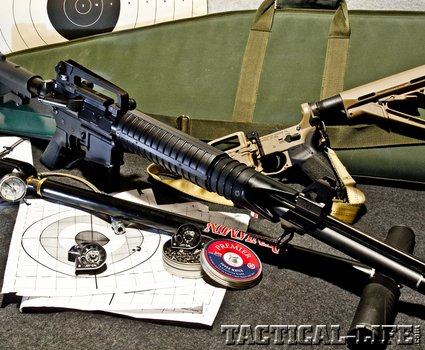 The MAR177 Air rifle upper from Crosman is about as close in looks to a real AR-15 that a functioning air rifle can get, providing a unique opportunity to train, compete, or carry out specialized missions using a platform already familiar to many

As I recall, my mild obsession with guns began at age four and was fueled by TV shows like Rawhide and Gunsmoke. However, growing up in suburban England and subject to Britain’s increasingly restrictive gun laws certainly put a crimp in any practical shooting experience in those early years. But one day, that all changed with the arrival of a break barrel air rifle. Our street was comprised of row houses with backyards that backed onto the railroad. Provided there was no train passing, I had a pretty safe direction in which to aim. What’s more, two doors down my neighbor’s pear tree was the local attraction for flocks of starlings. Trial and error taught me the correct alignment of eye, rear sight, front sight, and starling. The flock would leap skyward, jettisoning any food in their digestive tracts a split second after that telltale thwack as one of their buddies took that final nosedive to the ground. 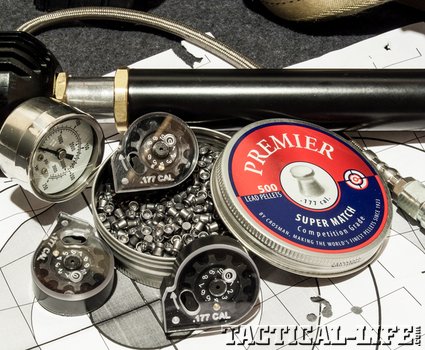 While I was waging war on starlings with my .22 air rifle, American servicemen were waging a real war on Communism a half a world away in Vietnam with real rifles that fired a bullet barely larger in diameter than mine, but at several times the weight and velocity.

The history of the U.S. military’s longest serving rifle spans more than a half century and is beyond the scope of this article. However, certain events give us an idea of the progression from the U.S. Army’s original proposal in 1957 for an infantry rifle to replace the 7.62 NATO caliber M14 that would be a selective-fire rifle chambered for a new, high-velocity .223 cartridge with greater lethality at 500 yards than the army’s aging .30 caliber M1/M2 carbines. Various prototypes from the Armalite company eventually resulted in a select-fire rifle (AR-15) chambered for a new cartridge that was specifically designed for it: the 5.56×45 NATO cartridge. The AR-15 manufactured under license by Colt was capable of full-auto and semi-auto fire. U.S. Air Force General Curtis LeMay wanted a battle rifle to replace the M1/M2 carbines used by air force security details at B52 strategic bomber bases around the world. He directed the purchase of 85,000 of the “Armalites” and had them designated M16. Later, in 1962, members of the newly formed Special Forces groups got their first look at M16s when air force crews flew into Vietnam. The Department of the Army ordered 1,000 M16s to be issued for fieldtesting in Vietnam with a view to replacing the Green Beret’s aging .30 caliber M1/M2 carbines. Word must have spread rapidly inside the Spec Ops community, because at about the same time U.S. Navy SEALs received a small number of AR-15s and then in 1963 took delivery of a much larger shipment. 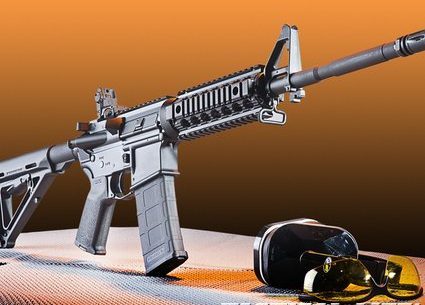