0
SHARES
2
VIEWS
Share on FacebookShare on Twitter
Armalite started from the ground up to redesign and enhance the AR-30, and its new, powerful AR-30A1 is certainly a success. Target model in .338 Lapua Magnum shown with a Vortex 5-20×50 Razor HD scope

Many police agencies are realizing that they may need a precision rifle in a caliber other than the ubiquitous .308 or 7.62x51mm—especially agencies needing longer range and more energy on target. Agencies that cover airports or similar facilitates cannot always get close, limiting the .30 caliber. And don’t forget rural agencies, where distances are measured in acres, not yards. For agencies needing more power in a functional platform, the .338 Lapua Magnum cartridge is often a great choice. 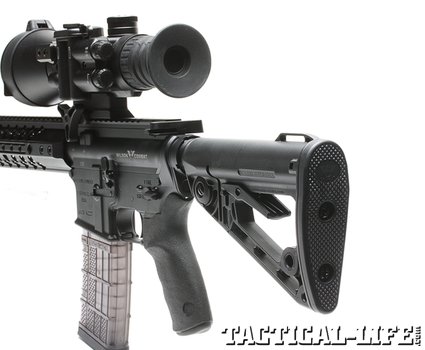 Many military units have moved to this caliber exclusively. Providing accuracy out to 1,200 yards and beyond while maintaining significant energy is a plus. At closer ranges, the .338 Lapua Magnum works well on hardened targets without the collateral damage a .50 BMG brings. Its versatility over a broad range of requirements is pretty hard to beat, and the recoil is manageable, especially with the correct muzzle brake or a suppressor. And most .338 rifles will fit in a normal drag bag (without a suppressor attached). Add a folding stock and they are almost compact. Although not as light as a .308 rifle, they are half the weight of most .50-caliber beasts. 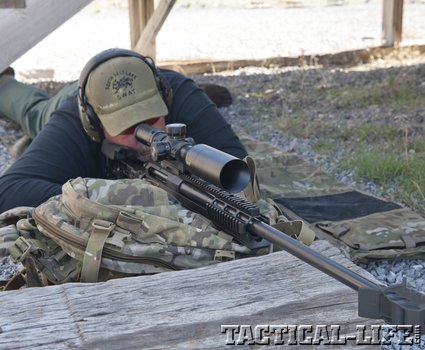 Introduced in 2000, ArmaLite’s AR-30 rifle has been a favorite among many precision rifle owners. It brought the precision rifle to the masses. It is simple, reliable and very comfortable to shoot. Based on the ArmaLite AR-50, it was accurate and affordable—often half the cost of similar rifles. This was especially true for a rifle chambered in .338 Lapua Magnum. In fact, the AR-30 was the first rifle I used in this caliber and started an obsession that has lasted for years. The muzzle brake makes for one of the softest-shooting .338 Lapua rifles around. Accuracy with this rifle rivaled any other .338 Lapua, and at 12 pounds, it was also one of the lightest. The original AR-30’s limitations revolved mostly around its ergonomics. Designed to be a simple rifle, it lacked some of the things agencies and officers needed for deployment. That was until now—and the introduction of the AR-30A1.