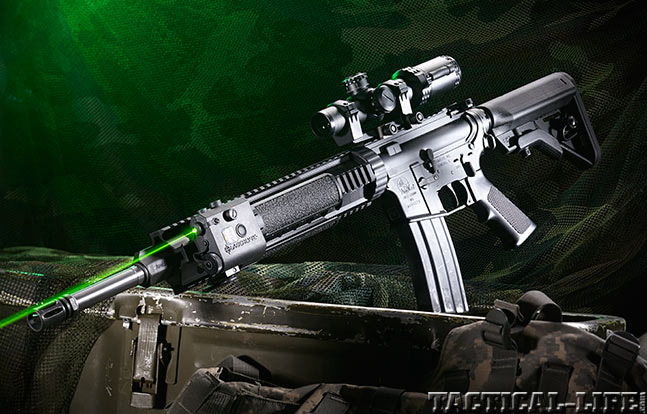 Eugene Stoner’s direct-impingement AR-15 has a long and storied history. In the upcoming August 2014 issue of SPECIAL WEAPONS FOR MILITARY & POLICE, author John M. Buol Jr. test-fires what he thinks the next evolution of the AR—the ArmaLite M-15TBN in 5.56mm NATO.

Buol writes, “To nobody’s surprise, ArmaLite can build a great AR-15. The M-15TBN’s enhancements begin with an adjustable B5 Systems stock, fitting issued receiver extensions (buffer tube) but with a better comb for a surer cheekweld, a non-slip, cushioned buttpad and a quick-detach sling swivel. This is more rigid than the issued M4 stock and makes for a great mount. The trigger is a two-stage unit reminiscent of those in Across the Course rifles, but it’s also suitable for tactical use. It breaks cleanly and only slightly heavier than the match-grade equivalent.

“With an ACOG mounted, the M-15TBN weighs in at 8.96 pounds, a scant ounce more than the current M16A4 MWS with all the same features. What’s more, the M-15TBN more than doubles the raw precision to National Match standards and eliminates any point-of-impact shifts with shots touched off by a crisp, two-stage trigger. To achieve this weight, ArmaLite went with an 18-inch barrel. Many consider this length the best compromise between size and velocity. M855 ammunition peaks in 20-inch tubes at about 3,050 fps, with a velocity drop off in longer barrels. With an 18-inch barrel, M855 ammo loses a negligible 15 to 20 fps; however, M855 ammo exits the 14.5-inch M4 barrel at around 2,860 fps—a loss of about 200 fps. Switching to superior 77-grain bullet loadings, such as the Mk262, the velocity difference from 20 to 18 inches is less than 50 fps (2,815 versus 2,770 fps) while a 14.5-inch barrel loses over 200 fps (2,576 fps).

“ArmaLite gives its M-15TBN barrels .223 Wylde chambers, a hybrid of 5.56/.223 dimensions exploiting the accuracy advantages of the .223 with a throat that better accommodates longer and heavier bullets without pressure problems or compromising the functional reliability. It is a dominant choice in High Power for the best use of magazine-length, 77-grain loads with great accuracy.” 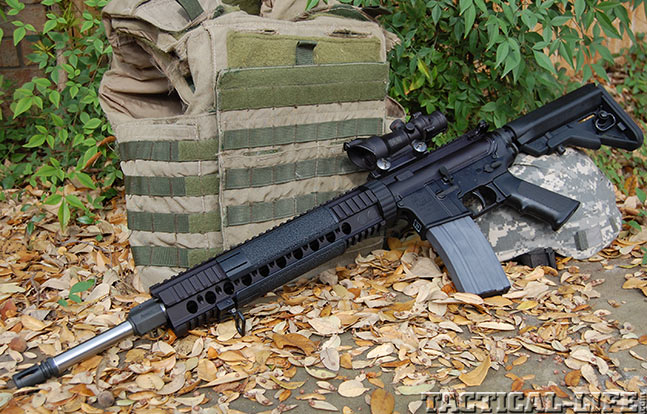 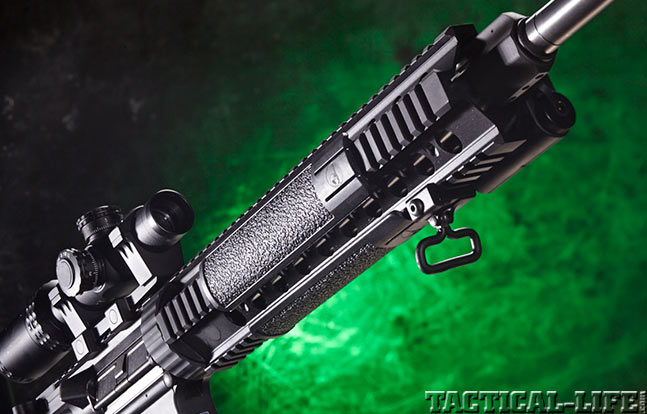 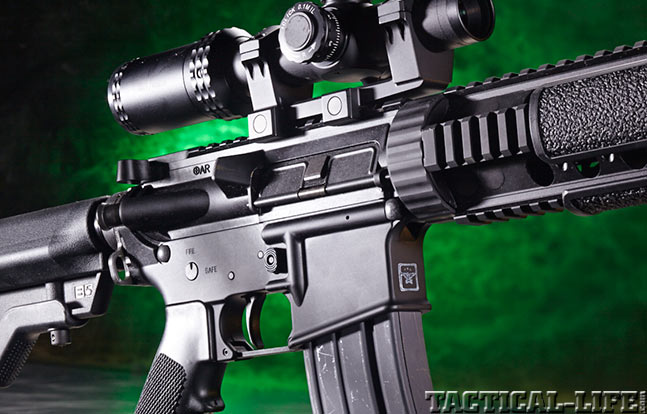 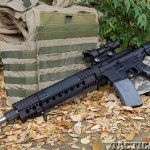 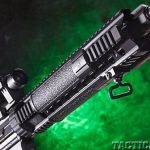 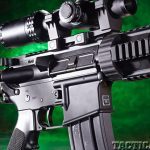 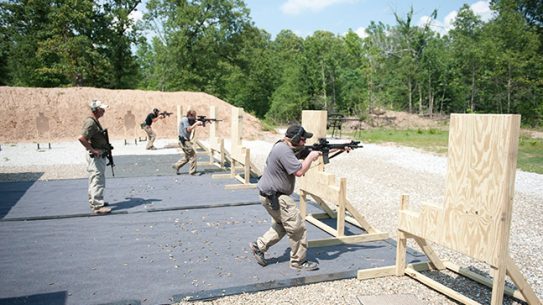