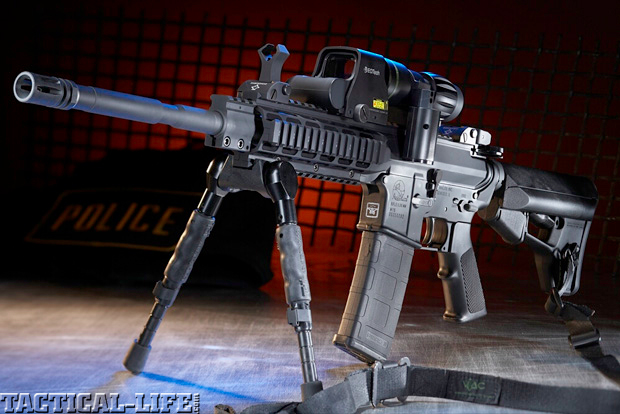 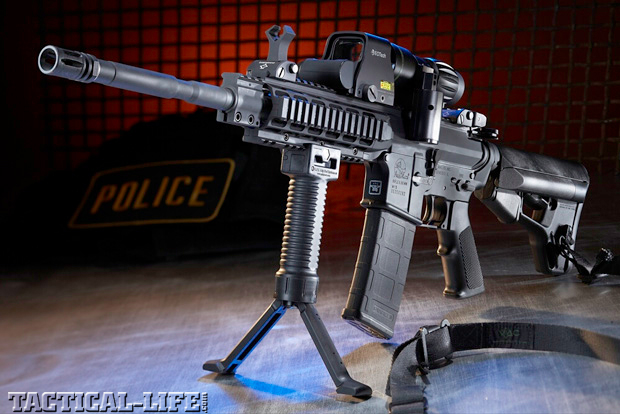 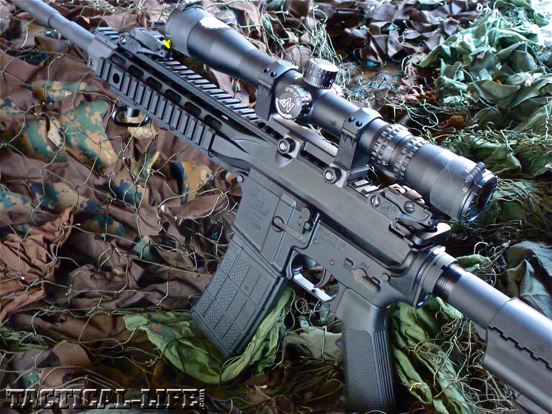 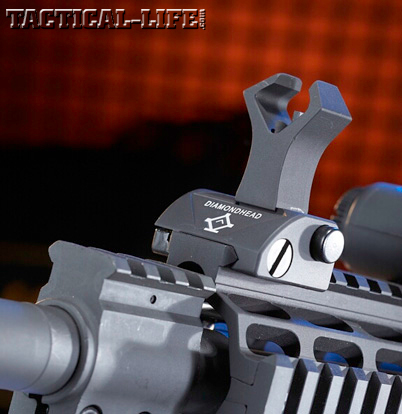 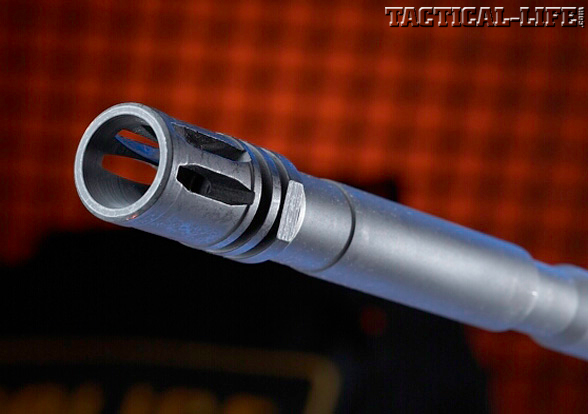 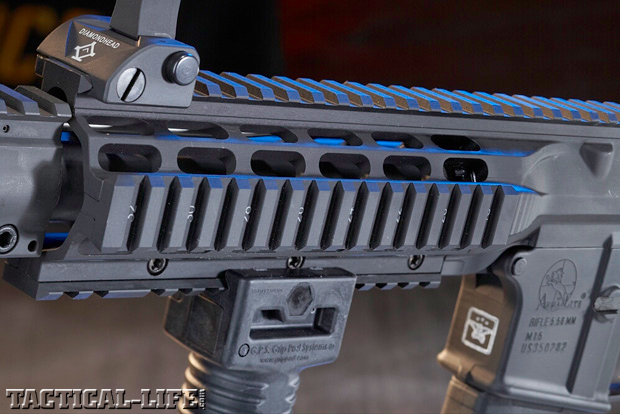 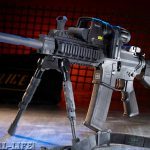 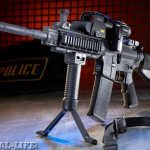 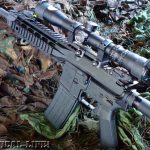 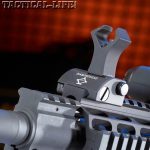 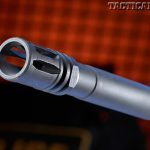 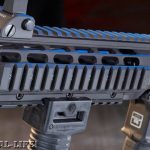 A decade before men landed on the Moon, firearms designer Eugene Stoner used cutting-edge materials like aircraft-quality aluminum and thermoplastic to take American rifles into the space age. With the original magazine-fed AR-10 prototypes completed in 1956, the company Stoner worked for, ArmaLite, had created the modern black rifle. Yeah, okay—but what have they done for us lately?

It turns out, quite a lot! Now, over half a century later, a quick look at the company’s current offerings reveals a lineup of rifles designed to meet the wide spectrum of civilian, military and law enforcement shooters’ needs. Several standout models deserve your attention.

M-15A2 National Match: The keystone of the Illinois-based ArmaLite lineup is its M-15 line of 5.56mm rifles, and while ArmaLite sells a boatload of 16-inch-barreled M4 clones to the tactical crowd in 7.62x39mm and 6.8 SPC as well, their most accurate 5.56mm AR is the M15 National Match. Available with black or green furniture, the National Match rifle meets the qualifications for military rifle matches and leaves the factory with 1-MOA accuracy.

That accuracy is made possible by mating a 20-inch, triple-lapped barrel of 416 stainless steel with the M-15A2 National Match’s match-quality front and rear sights and two-stage trigger. The Match barrel has a 1-in-8-inch twist for use with ammo from 69 to 80 grains. With an MSRP under $1,400, the M-15A2 National Match comes in a case with a 30-round magazine, sling and a limited lifetime warranty, and like many of the new ArmaLite rifles, it can also be ordered in an Assault Weapon Ban configuration for certain states.

Special Purpose: ArmaLite also offers the ArmaLite SPR (Special Purpose Rifle) Mod 1 mid-length carbine featuring a monolithic-rail upper, which means the forend and receiver are machined from a single piece of aluminum so that flex between the two parts is decreased, and day and night optics can be mounted on the same plane. Like most of the new generation of black guns on the market, the ArmaLite SPR Mod 1 features Mil-Std-1913 rails at three, six, and nine o’clock positions, but unlike most of the others, the rails are detachable.

Now the operator/shooter can place the rails just where they want or need them for optics, lasers, forward grips. But even beyond that, the ArmaLite SPR Mod 1 comes with three extra rails, including a rail with quick detachable sling swivel mounting hole. The $1,500 you’ll spend on your ArmaLite SPR Mod 1 gets you a free-floated, 16-inch, double-lapped, chrome-lined barrel with a 1-in-7-inch twist to accommodate bullets over 60 grains, a collapsible stock and two-stage tactical trigger. The mid-length version has a 1-in-9-inch-twist rate.

Ultimate AR-10T: The original AR-10 started it all with a 7.62x51mm NATO chambering. With black guns making their way into the sporting field, the big AR receiver is now available in .243 Winchester, .338 Federal and .260 Remington calibers. Both calibers join the 7.62mm in ArmaLite’s top-of-the-line AR-10T.
The .338 Federal AR-10T was designed as a long-range hunting rifle, with the Federal Cartridge Company joining ArmaLite to make sure the rifle could squeeze maximum performance out of .338 ammo up to 225 grains. The heavy 22-inch stainless steel match barrel has a 1-in-10-inch twist to stabilize 185-grain and heavier bullets. At a little under $2,000 without optics, the ArmaLite AR-10T in .338 Federal claims MOA accuracy out of the box and may be the ultimate semi-auto hunting rifle for North American game.

Long-Range AR-30: This is one of my favorite ArmaLite rifles. A dedicated long-range bolt gun, this magazine-fed repeater is available in .308, .300 Winchester Magnum and the sizzling .338 Lapua Magnum. With its free-floating barrel and unique octagonal receiver, there is an unmistakable family resemblance between the AR-30 and the gigantic ArmaLite AR-50 chambered for .50 BMG.
The “hot” long-range tactical caliber is the .338 Lapua Magnum. Good for anti-material and anti-personal missions, the LM version of the AR-30 fires the 250-plus-grain bullet down a 26-inch-long, 1-in-10-inch-twist chrome-moly barrel. Equipped with a scaled-down version of the AR-50’s effective muzzle brake, a crisp Shilen Single Stage trigger and a 10-MOA sight base, the 12.5-pound AR-30 is super accurate and in high demand.

M-15/22 Carbine: Going from the long-range centerfires to the diminutive .22 Long Rifle, ArmaLite is now offering the M-15/22 Carbine. Unlike many of the .22 versions of ARs offered by other manufacturers, which are fully .22-caliber rifles, ArmaLite’s M-15/22 is actually a rimfire upper teamed up with centerfire rifle lower.
The M-15/22 Carbine sports a 16-inch chrome-moly-vanadium, M4-contour barrel, a gas block with a Picatinny rail for mounting a front sight, and a forged aircraft aluminum flattop upper receiver mated to a real, standard M-15 lower receiver. Purchase an ArmaLite M-15 upper in 5.56mm and you can swap it out with the .22 upper for two guns on the same serialized receiver. With a tactical two-stage trigger, collapsible buttstock and 2-inch accuracy at 50 yards, the rimfire ArmaLite is a steal at its $750 MSRP.

Into the Future
With the ArmaLite rollmark currently gracing everything from licensed airsoft rifles, 9mm pistols and .50 BMG superguns, it’s clear that the makers of the original black gun are not sitting on past accomplishments. 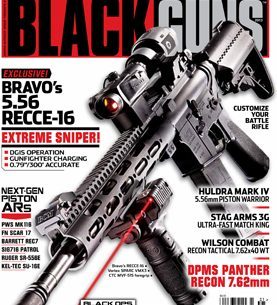