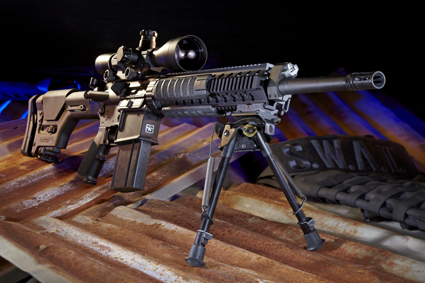 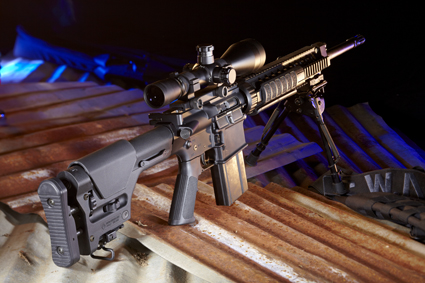 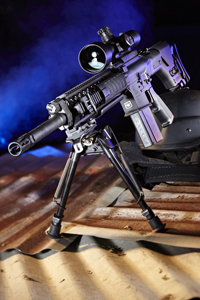 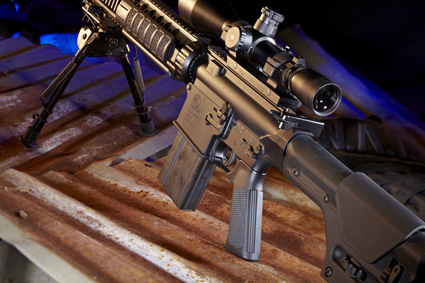 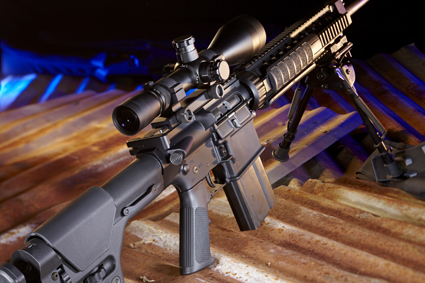 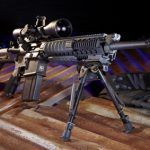 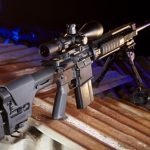 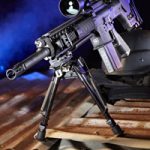 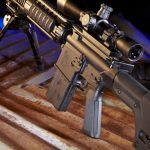 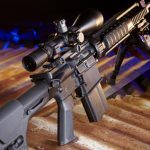 Gun owners and the public alike see the term AR thrown about rather carelessly to encompass a wide range of rifles offered by a variety of manufacturers. But how many people understand that AR stands for ArmaLite? Every AR we see today owes its genetic code directly to this company and the work Eugene Stoner did there.

Of course, the AR-15 we see today was not what Stoner originally designed. In the 1950s the U.S. Army was looking to replace their M1 Garand rifles with something a bit more up to date. With Stoner on board and drawing on the expertise of ArmaLite’s parent company, Fairchild Engine and Airplane Corporation, ArmaLite developed a revolutionary new rifle built using a forged aircraft grade aluminum receiver and composite fiberglass reinforced materials for the stock, handguard and pistol grip. This was the AR-10 chambered in 7.62mm as specified in the testing protocol.

The new rifle, still in its early prototype phase was a radical departure from the other rifles being considered not just because of its construction materials but also because if its design. The straight stocked rifle had a distinct carry handle that contained a non-reciprocating charging handle and elevated sights, an adjustable gas system and a large muzzle device that acted as a compensator and flash suppressor. The detachable waffle pattern 20-round aluminum magazine was also meant to be disposable.

The rifle featured the now familiar hinged design and takedown pins and, most notable to the testers, it weighed less than 7 pounds. The gas system was also a change from convention and used direct gas impingement instead of a standard gas piston.

The Army eventually selected a different design that would be renamed the M14 but the AR-10 continued to see improvements made and two significant military contracts followed for the Sudanese and Portuguese armies. The AR-10 saw extensive combat use in various insurrections throughout Africa and provided reliable and effective service in rough conditions.

The AR-10 must have left a lasting impression with U.S. military testers as the Air Force would soon return to ArmaLite seeking a lightweight and small caliber rifle that eventually became the AR-15 and M16. The patents for the operating system and design were sold to Colt and the AR-10 would not return until they expired.

In 1995 Eagle Arms, which was already producing parts for the AR-15 as well as complete rifles, decided to reintroduce a 7.62mm AR rifle. The company bought the rights to the ArmaLite name and became ArmaLite Inc., but instead of making the original AR-10 they decided to scale the AR-15 design up to accept 7.62mm. This new rifle, renamed the AR-10B to avoid confusion with the original AR-10, also used a proprietary 20-round steel magazine for improved durability

The latest version of this ArmaLite rifle is the AR-10A, which includes all of the common features AR users have grown to expect including a flattop upper with a Picatinny rail and Mil-Spec parts and finish. The 16-inch barreled carbine model also nearly succeeds in maintaining the lightweight tradition at only one-pound more than the original AR-10.

Today’s ArmaLite carries forward a nearly 60-year-old tradition for innovation and excellence, building tough and reliable rifles intended for hard use in harsh environments but equally well suited for the competition and precision marksman role. Other manufacturers have jumped on the bandwagon, introducing their own 7.62mm chambered AR rifles, but only ArmaLite Inc. holds the U.S. trademark on the name “AR-10” and only an ArmaLite is a real AR-10. For more information, please visit armalite.com or call 800-336-0184. 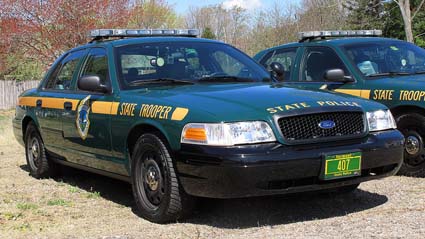