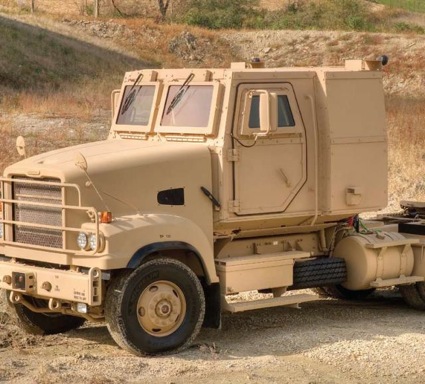 “These vehicles are designed so you can take armor off during peacetime to reduce the burden on the platform itself — as well as drive down the peacetime operating costs,” said Col. David Bassett, project manager for Tactical Vehicles.

The move toward scalable armor for medium and heavy tactical vehicles is part of the Army’s Long Term Armor Strategy articulated in its recently released 2011 Tactical Wheeled Vehicle Strategy – a document which lays out the Army’s plans for its 290,000 vehicle-strong tactical fleet through 2025.

“The truck fleet that the Army has and is continuing to field today is really different than the one we went into these conflicts with. We’ve gone from having what was almost a completely un-armored fleet to one in which every vehicle that is used operationally overseas today is armored against the threats that face our Soldiers. We’ve rapidly modernized our fleet,” said Bassett.

These new armored trucks represent the most recent addition to a large TWV fleet of trucks already equipped with modular armor, including the new Family of Medium Tactical Vehicles and the Heavy Expanded Mobility Tactical Trucks, know at HEMTTs.

The modular armor approach – explained as an A-kit plus B-kit solution – allows a truck with a small amount of built-on integrated armor to accept additional add-on armor when dictated by the threat environment.

“In accordance with our Army modernization strategy, we are going to procure trucks that are adaptable so that they can be used in many different environments. They will have the ability to accept armor and then relinquish that armor when it is no longer needed,” said Maj. Gen. Tom Spoehr, director of force development, Army G-8.

The modular armor strategy is designed to allow for the rapid incorporation of newer, potentially lighter-weight armor composites as technology progresses and makes them available, Spoehr said.

“They will be able to accept new forms of armor as science and industry produce new materials,” he said. “These vehicles will have growth potential.” 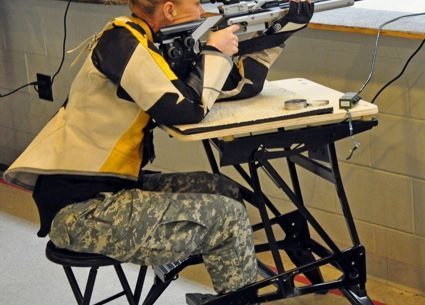 USAMU wounded warriors: Showcasing a strength like no other.