The Army is now following not one but two paths to give soldiers a better weapon than the current M4 carbine.

The Army launched an effort to find a new weapon in November 2008, a year after the M4 finished last in an Army reliability test involving three other carbines.

Officials hoped to start a competition for a new carbine last fall.

Army weapons officials said March 2 that the service still intends to go after a new carbine.

The requirement, or blueprint, for the new weapon, however is still awaiting approval from the Defense Department, said Col. Doug Tamilio, the head of Project Manager for Soldier Weapons.

“People have asked me how long it will be in the joint staff,” Tamilio said. “I don’t know when this will go through.”

Tamilio added that it could be late summer before the Joint Requirement Oversight Council makes a decision.

In the meantime, the Army is making progress on an effort to make significant improvements to the 500,000 M4s in the inventory.

Army weapons officials have asked the small arms industry “can you take the current M4 and make it more reliable, more durable, easier to maintain and more accurate,” Tamilio said. M4 modifications could include improvements to carbine parts, such as the bolt and bolt carrier assembly, upper receiver and barrel assembly, gas operating system, trigger group assembly and the rail system.

Improved M4s, however, will still be chambered for 5.56mm round. The next step in the M4 improvement program calls for the Army to release a draft request for proposal in the coming weeks. Gun makers will then have 30 days to come up with initial plans. The Army will then hold an industry day to allow gun makers to ask questions. The Army will then release an official request for proposal in the April-May time frame. Participating companies will have 90 to 120 days to submit “no-kidding pieces of equipment,” for the Army to evaluate, Tamilio said.

As for the effort to replace the M4, Army weapons officials said the service has the roughly $10 million it needs to open a competition but can’t set a date until the Joint Regiments Oversight Council approves the requirement for a new carbine. 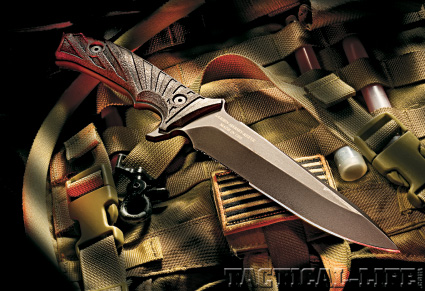