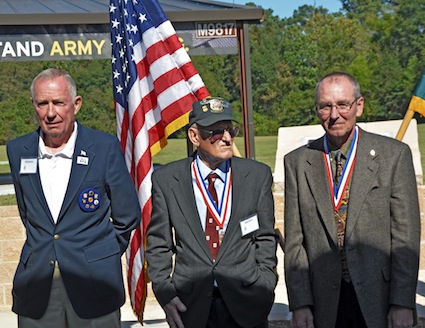 More than 250 Soldiers, civilians and Family members, past and present, of the U.S. Army Marksmanship Unit gathered together to celebrate the USAMU’s 56th birthday Oct. 18-20. The bi-annual reunion affords past members of the unique unit time to reminisce with fellow former shooters and gunsmiths, as well as meet the
current USAMU Soldiers and personnel.

The USAMU is the only unit of its kind in the Army. Home to 24 Olympic medalists, more than 45 World Champions, countless World Cup and national champions and the most competent gunsmiths in the world, the USAMU raises the standard of the Army’s marksmanship proficiency, supports the Army’s small arms research and showcases the Army in competitions around the globe and at clinics and demonstrations nationally.

“(The) AMU is a special organization because its members are the best in the Army at what they do,” Strom said. “Because of the unit’s unique mission, its members in my opinion are actually ambassadors and interact
with more organizations than any other unit in the U.S. Military.

“I loved teaching people what I learned through my own experience to help them shoot better. It was especially gratifying to help Soldiers increase their effectiveness on the battlefield.”

Strom is one of the most successful service rifle shooters in the history of the USAMU. After entering the Army in October of 1978, Strom served in the USAMU from 1979 to 1988. He is a Distinguished Rifleman, member of the President’s Hundred, and a member of the NRA 495 and 790 clubs. Strom is the only shooter to win all three major matches–the U. S. Army Championships, the Interservice Championships, and the National
Championships, in the same year.

Boutin entered military service in 1944 from his hometown of Waterville, Maine. As a decorated veteran, he served his country in Germany, Belgium, Holland, and Luxembourg to include crossing of the Rhine River in
1944 and remained long enough to catch the Vietnam Conflict as a Soldier in the 101st Airborne Division in 1966. He is credited for his early accurizing techniques of the M-1 Garand and later the M-14 service rifle. He was also credited for his support of the National Service Rifle Team Trophy Groups over a 12-year period until his retirement from the Army in 1974.

Wright is one of the Army’s most unique shooters since he started to make his mark on the international shooting scene before the USAMU was formed. Wright was commissioned as a reserve officer in 1953. He came on active duty until 1956 when he was assigned to the newly formed USAMU. He shot with the unit until the autumn of 1965. When asked about any distinguishing or peculiar events of his shooting career, Wright recalled
the 1958 World Shooting Championships held in Moscow. It was there that he won a gold medal in the 300-meter kneeling free rifle event with a new world record score of 385.

The Hall of Fame ceremony was the highlight of the weekend, but other fun and festivities were had by all. Former team members got acquainted with Soldiers currently serving in the unit at team dinners on the evening of the 18th. The next day the ranges were open for attendees to see improvements since they called the USAMU home and got a chance to fire some rounds downrange.

The reunion concluded with a farewell picnic after the Hall of Fame ceremony. 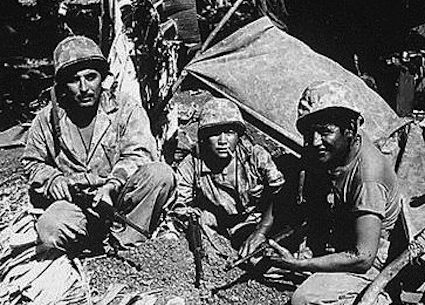