WASHINGTON– As the Defense Department begins to compensate military members forced to serve beyond the expiration of their contracts, the number of those still serving under “Stop Loss” has been greatly reduced, a Pentagon official said.

The Army, the only service still using the program, still has 9,600 soldiers serving involuntarily beyond their resignation or retirement date, Sam Retherford, The Defense Department’s director of officer and enlisted personnel management, said during an Oct. 29 “DoDLive” bloggers roundtable.

Those currently on Stop Loss will be reduced quickly, however, as the Army plans to cut the number of those deployed under the program in half by January and to end Stop Loss deployments entirely by June, he said.

“They [will] not deploy using the Stop Loss authority,” Retherford said, adding that “there should be no servicemembers on active duty under Stop Loss by March 2011.”

The new compensation policy allows servicemembers who were “Stop Lossed” to collect $500 for every month or partial month they served after their service contract ended, Retherford said.

Servicemembers with an honorable discharge are eligible to receive compensation if they were involuntarily extended between Sept. 11, 2001, and Sept. 30, 2009. Dependents of deceased servicemembers who were Stop Lossed also can apply for compensation. In all cases, applicants must provide the proper documentation.

Here’s where to get information from each service:

Retherford added that Stop Loss authority was authorized in 1983, when Congress was concerned about the president’s call-up authority and that the all-volunteer force may not be enough during times of national emergencies.

“There is a reason for Stop Loss, and that is an initial response to emergencies in dynamic situations where we need to maintain readiness and capability,” he said. “But as time moves forward, things normally stabilize and efforts are made to minimize or reduce the use of Stop Loss.”

For servicemembers to receive payment, verification of their service is required, Retherford said. To file a claim, servicemembers are required to complete the department’s claim form No. 2944.

“Each service had to develop the Web sites to enable individuals to obtain information on the Web and to submit claims,” he added.

For servicemembers or their dependent survivors to be compensated, a claim must be submitted and postmarked by Oct. 21, 2010, Retherford said.

Congress authorized $534 million to pay an estimated 185,000 servicemembers to be eligible for retroactive Stop Loss pay. Once the claim is verified by Defense Finance and Accounting Service, the payment will be deposited directly into the servicemember’s bank account, Retherford said.

“We want to keep the public affairs effort going hard, because eight years is a long time, … and many of these members are completely removed from service,” he added. “Their military service obligation long ago passed.” 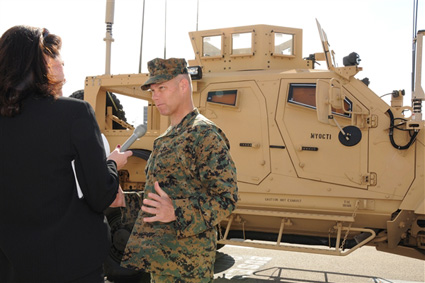