FORT BENNING, Ga. — Close to 300 Soldiers from all elements of the Army descended on Fort Benning Feb. 20-27 to take part in the 2010 All-Army Small Arms Championships, the preeminent marksmanship training and
competition event the Army has to offer.

“Everybody should come here. I feel it’s a Soldier’s duty to come here and test their capability, test their mettle against their peers,” said Moore, who works at Fort Sam Houston as a Department of the Army civilian working with combat medic trainees. “Hopefully everybody here takes the spirit of the event for what it truly is, which is a training
event, where somebody can come and learn depth and relevance to their trade of being a rifleman first.”

Soldiers were given hands-on marksmanship instruction by the hosts of the competition, the Soldiers from the U.S. Army Marksmanship Unit, with the intent of using those lessons learned in instruction and in
competition to bring back to their units for dissemination. “At the USAMU, we use the phrase ‘Competition to combat’ to describe the phenomena of taking lessons learned through competition to enhance the capability and lethality of the Soldier in combat,” said Lt. Col. Daniel Hodne, commander, USAMU. “The All-Army is designed to be the ultimate
train-the-trainer event for marksmanship; the implications to raising the Army’s overall combat readiness after an event such as this one are enormous.” 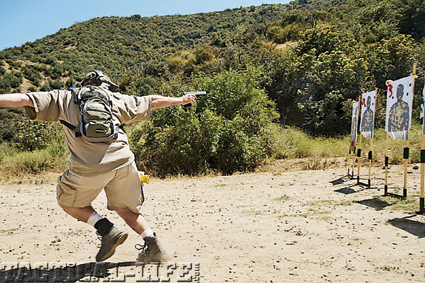 FORT BENNING, Ga. — Close to 300 Soldiers from all elements of the Army…