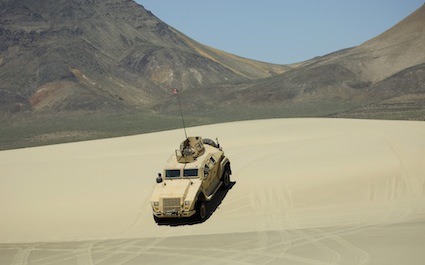 A Combat Tactical Vehicle (Technology Demonstrator) undergoes testing at the Nevada Automotive Test Center in Carson City, Nev., April 17, 2008. Built under contract for the Office of Naval Research, the vehicle is a testbed for the Joint Light Tactical Vehicle family of vehicles. (U.S. Navy photo by John F. Williams/Released)

The Army hasn’t had much luck in fielding new vehicles in recent years. The Army spent $18 billion to develop the Ground Combat Vehicle for its Future Combat System, only to scrap it in 2009 because it couldn’t protect from improvised explosive devices (IEDs). Another project, the Joint Light Tactical Vehicle (JLTV) meant to replace the workhorse Humvee, has been on the drawing board for more than a dozen years and still is not in production.

Despite that history, Lt. Gen. William Phillips, a top Army weapons buyer, says the Army has learned its lessons and will be able to field affordable vehicles relatively quickly.
More on MRAP vehicles

Now, Phillips said in an interview with USA TODAY, the Pentagon hopes to have an operational JLTV by 2016 that would have the Humvee’s maneuverability and the protection of the Mine Resistant Ambush Protected (MRAP) trucks credited with saving thousands of lives in Iraq and Afghanistan. 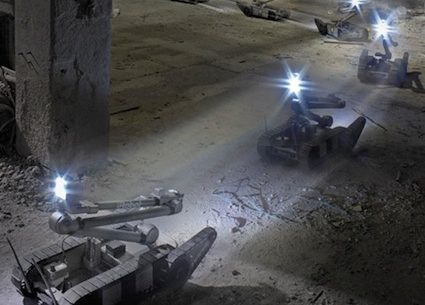